Surprise! There’s another Warhammer game in the works. It’s officially the one millionth to be announced in the past year. Ok, not really, but it kind of feels that way. This latest is a collaboration between Games Workshop and Roadhouse Interactive, and it’s called Warhammer 40K: Carnage. What’s interesting here is that Carnage isn’t a strategy game, but it’s a side-scrolling brawler. You’ll play a Space Marine laying waste to Ork enemies using tons of weapons and gear and fighting across many familiar lands from the Warhammer universe. Here’s some screens. 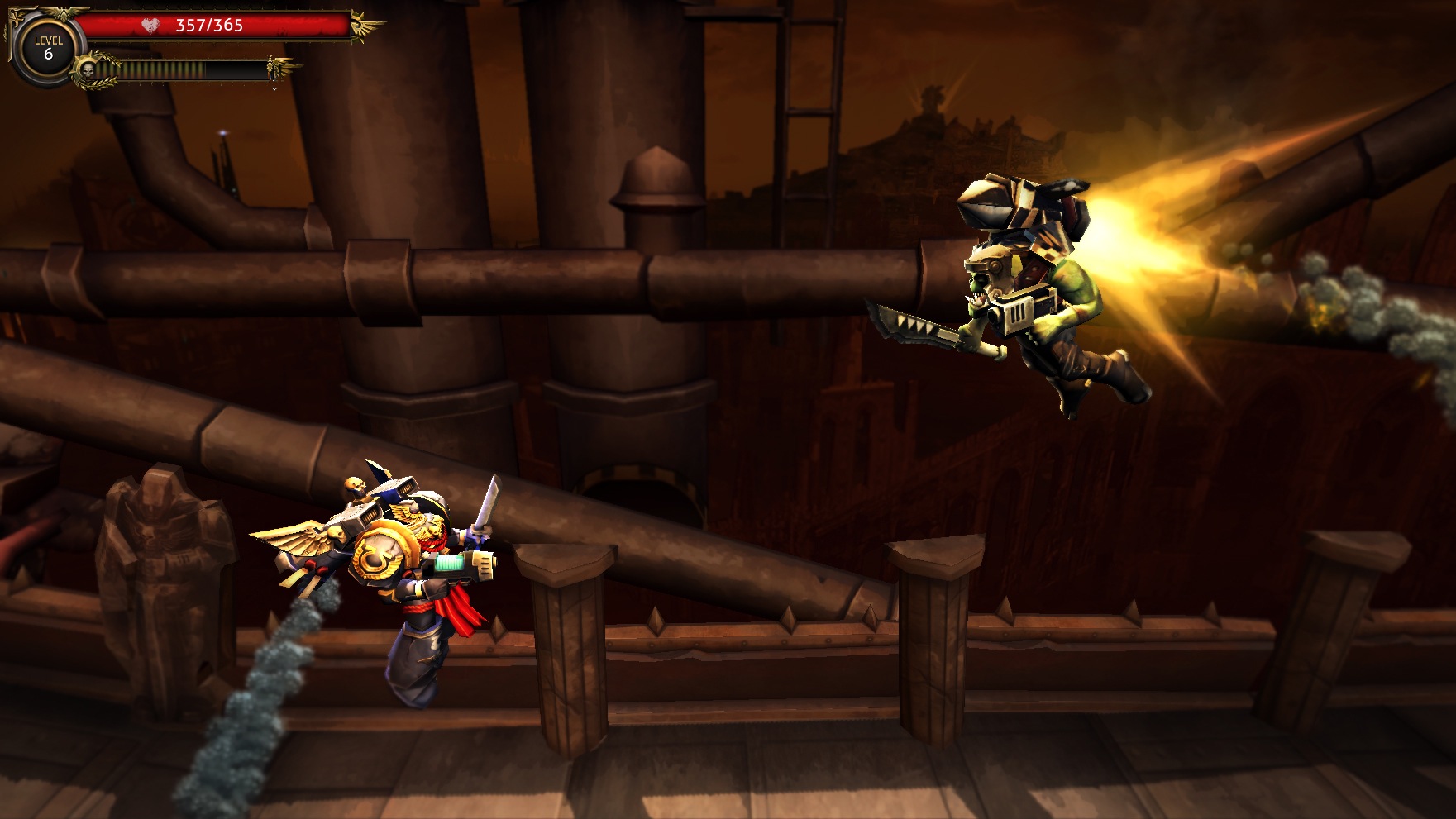 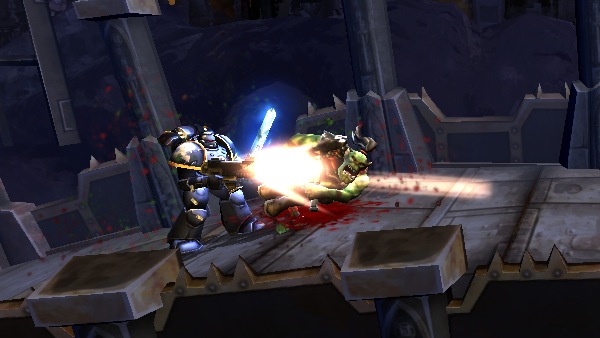 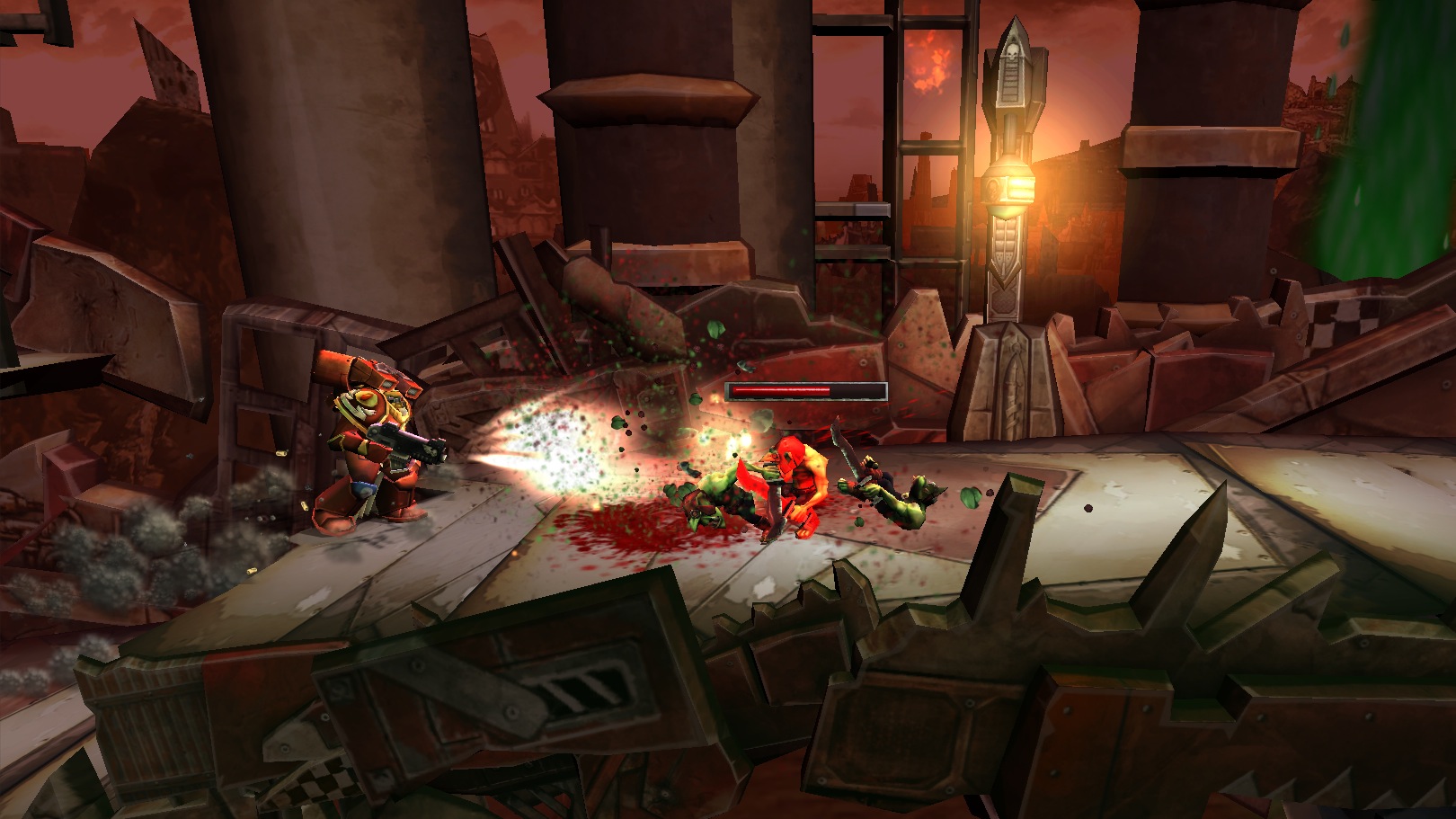 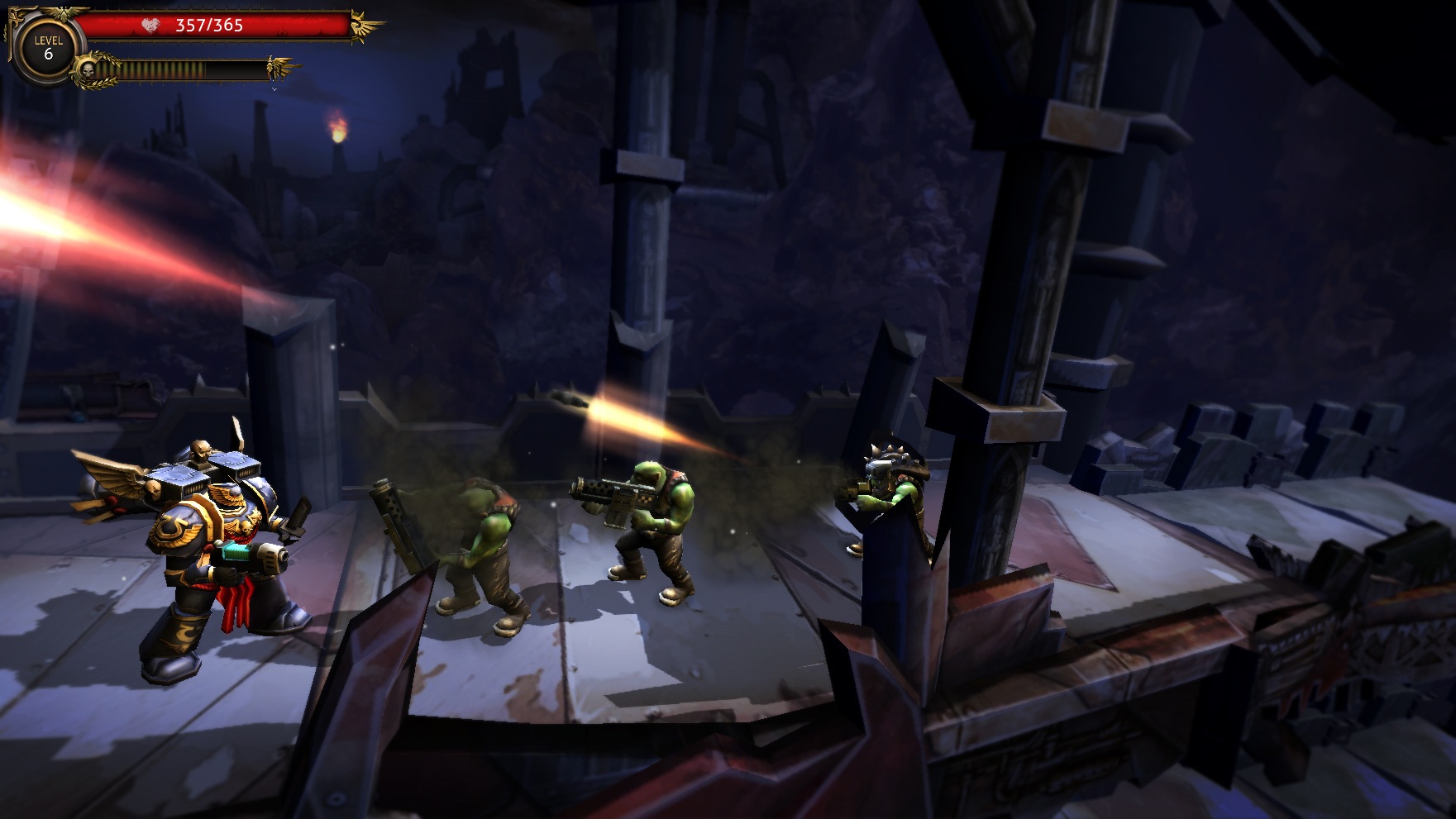 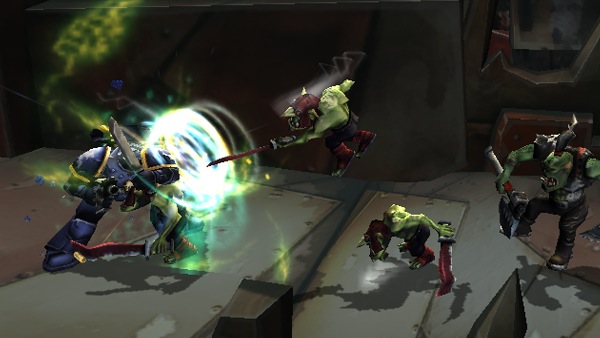 I’ve got to say, I’m definitely digging the idea of a side-scrolling action game with cool 3D graphics set in the Warhammer universe. However, Games Workshop has been so liberal about licensing out their property that just having their name attached to a project doesn’t necessarily mean a good game will come from it. Hopefully Roadhouse Interactive come through with the finished product, which should be arriving sometime in May. Until then, you can join in on the discussion for Warhammer 40K: Carnage in our forums.