Dawn of Play’s Roll Back Home ($1.99) doesn’t try to reinvent the wheel when it comes to tilt-based platformers. While it has a few tricks up its sleeve in regards to the physics puzzles you do eventually take on, I’d say it’s still pretty traditional as far as the genre goes. Combine it with an impressive showing of sketchbook visuals and some pretty catchy music, and that’s really all Roll Back Home needs to be a fun game worth downloading.

As a platformer with tilt-based controls, Roll Back Home is as simple as it gets. You control a ball that has fallen out of a car and needs to find its way back. You’ll help it get there by navigating it through a few dozen levels that primarily consist of tunnels fraught with the standard perils. Aside from the tilt controls that move your ball side-to-side a jump is the only other control mechanism. Core mechanics are pretty straightforward, but what Roll Back Home does offer works well. 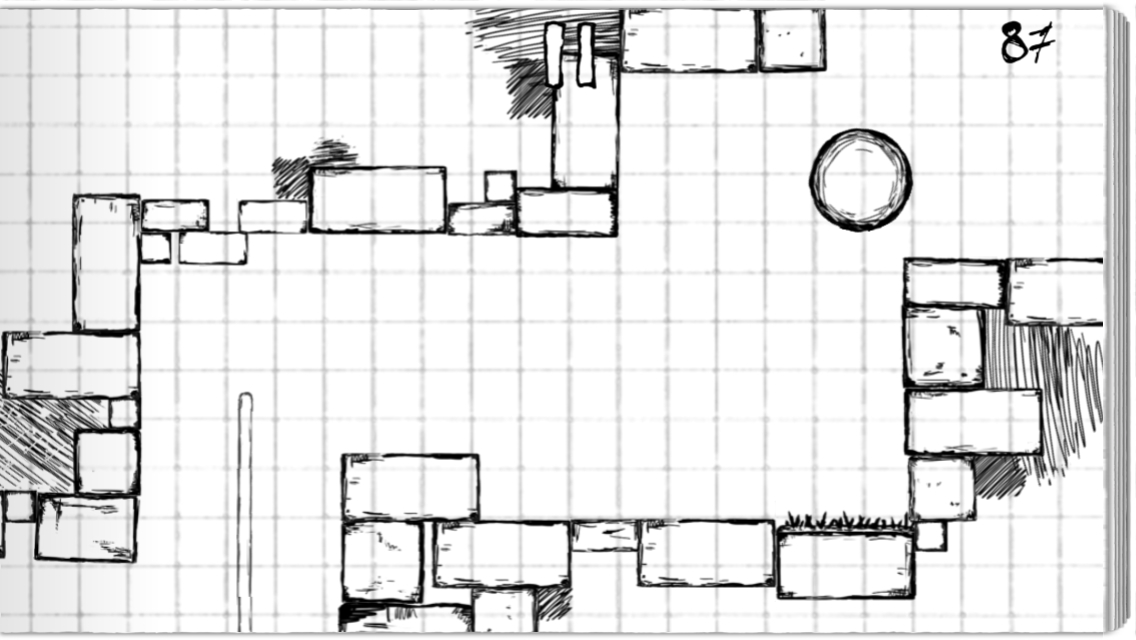 Where Roll Back Home primarily differentiates itself is with its unique art style and interesting physics. Sketchbook style art is pretty simplistic but if it’s done well it looks pretty damn cool. In the case of Roll Back Home, it’s done exceptionally well. Levels have that fine detail associated with hand drawn art and look pretty amazing in motion. It’s almost mesmerizing, with my only complaint being that it come be hard to pick out the portions of the walls that are breakable. A great soundtrack rounds out the experience.

The physics, meanwhile, take a bit of getting used to but also work pretty well. Ball physics are pretty floaty and jumps send your avatar up higher than one would originally expect. This also means that fine control once your ball is in the air is crucial, especially in later levels. However, other physics aspects are pretty cool, particularly the levels that rely on you setting elements in motion to unlock the exit. Some of the cooler examples are piloting a battering ram to break down a door and riding in a mine cart.

Understanding the game’s physics are always important, but are particularly important as Roll Back Home can become pretty challenging in the final third of the game. Levels become decently sized with lots of different areas to navigate through (most of them being failure areas when you miss a jump). Also careful attention needs to be made towards potentially breakable walls and other elements (such as sticky walls that let you attach to them and move).There’s no three-star system or anything of that sort; Roll Back Home only features a single score based on time to completion which can be shared and monitored via leaderboard. In some ways I prefer this better as it takes away a lot of the stress that other platforms insert with ranking systems. 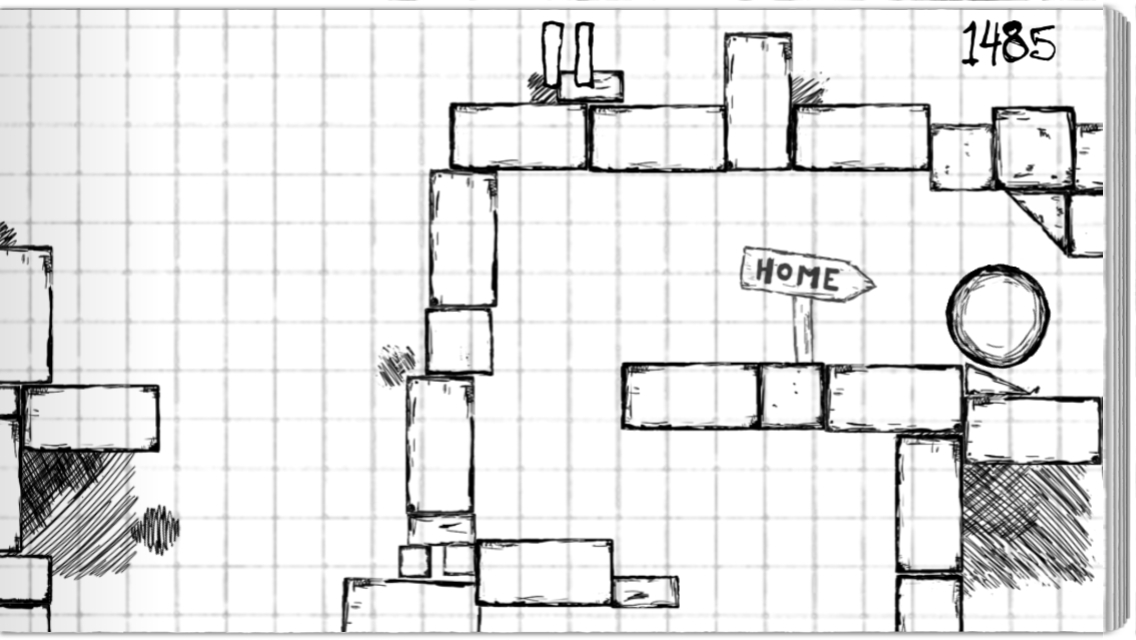 There are few complaints with Roll Back Home, and while they aren’t too big of a deal they’re still worth mentioning. On multiple occasions I’ve encountered levels where I’ve effectively impeded my progress in advancing, forcing me to restart the level. Unfortunately, there’s no way to restart from a checkpoint, meaning on those occasions the only resort is to start over from scratch. In addition to the aforementioned visual issues with detecting breakable walls and the like, the only other significant issue I encountered is the standard desire for more levels.

Dawn of Play has a track record of releasing beautiful titles that, while basic, are executed without fail. With the exception of a few minor complaints, Roll Back Home continues that trend. In my opinion, there’s always room for a new platformer as long as it does something unique or interesting. On its sketch-book visuals alone, Roll Back Home accomplishes that and is worth checking out.