Wild about HBO’s Game of Thrones? Have zero dollars? Well, Kongregate’s Game of Thrones Ascent might just be what the doctor ordered. It’s already playable in the browser for quite a while, and with the season premiere quickly approaching on April 6th, this seems like the perfect time for the game to hop platform to mobile. Kotaku fiddled around with the Facebook version when it launched, and it sounds a lot like the bazillion MMO-ish menu-driven strategy free to play games that do surprisingly well on iOS. 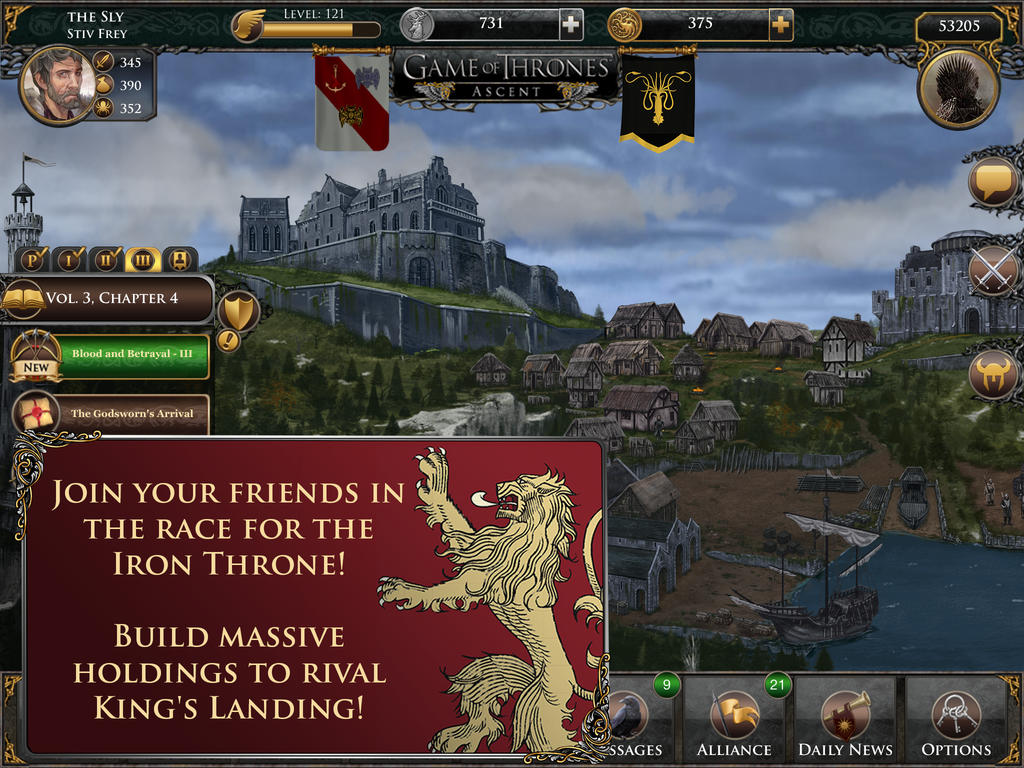 It sort of stinks that with all the action-oriented stuff that happens in the show (and books) that we wind up with a free to play city building and resource management style game instead of an Infinity Blade-like where you play as your favorite characters… But, c’est la vie. We’ve got a thread for the game in our forums, and while it’s not entirely clear if this is a soft launch or the game is going to hit the US at 11:00 PM Eastern tonight, we’re keeping our eyes peeled.