In space no one can hear you scream, but you can hear a lot of corny camp voice acting. It is hard to explain that an assignment as an astronaut that takes years to even come close to achieving in 2014 are left to complete jackasses in the future. Nevertheless that is what we are stuck with in Beyond Space ($2.99).

Space as setting for a shooter has been around for ages with Wing Commander, Elite and X-Wing being my personal favorites. On iOS we have been blessed with the Galaxy on Fire series from Fishlabs. Any new game in the genre has to be able to take it on head-on. Is Beyond Space good enough to compete?

When it comes to presentation this is a really neat game clearly on par with any other space shooter on iOS. Ships explode in beautiful clouds of fire, and beams of fire light up the darkness of space. When you get to steer your small craft past huge cruisers it takes me back to the best scenes from the original Star Wars trilogy. The characters in the game are presented well with the corny dialogue that is really well acted. Yes you have to act to be this cheesy, and the jokes might not generate uncontrolled laughs but rather a small chuckle.

The controls are spot-on no matter if you opt for virtual stick, or tilt to steer. The tutorial teaches you the controls in a jiffy, but if you have played Galaxy on Fire you are set to jump straight into the game. Barrel rolls, loops and speed boosts are all easy to understand, and use when in a tight spot. 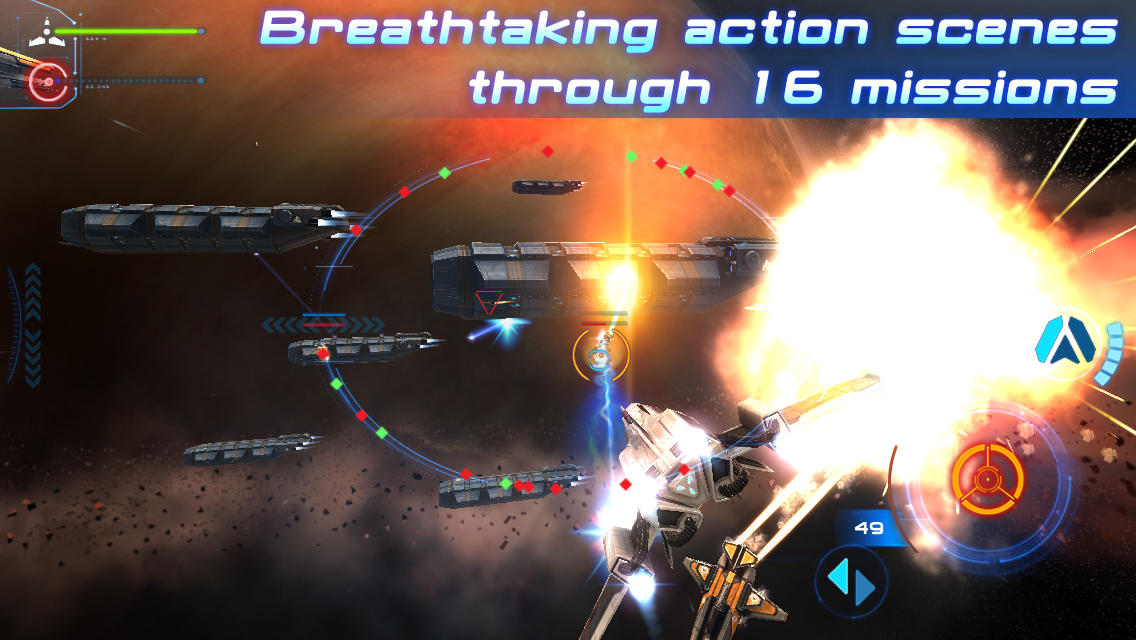 Beyond Space is a shooter with a linear story. There are no opportunities to create your own story, no mining or trading. The only aspects you can change are the ship, the weaponry and shield loadout.

Missions generally revolve around getting to a checkpoint, and kill any opponents at that location. To mix it up there are the odd checkpoint race missions that have you racing the clock. These don’t really add anything to the game in my opinion. 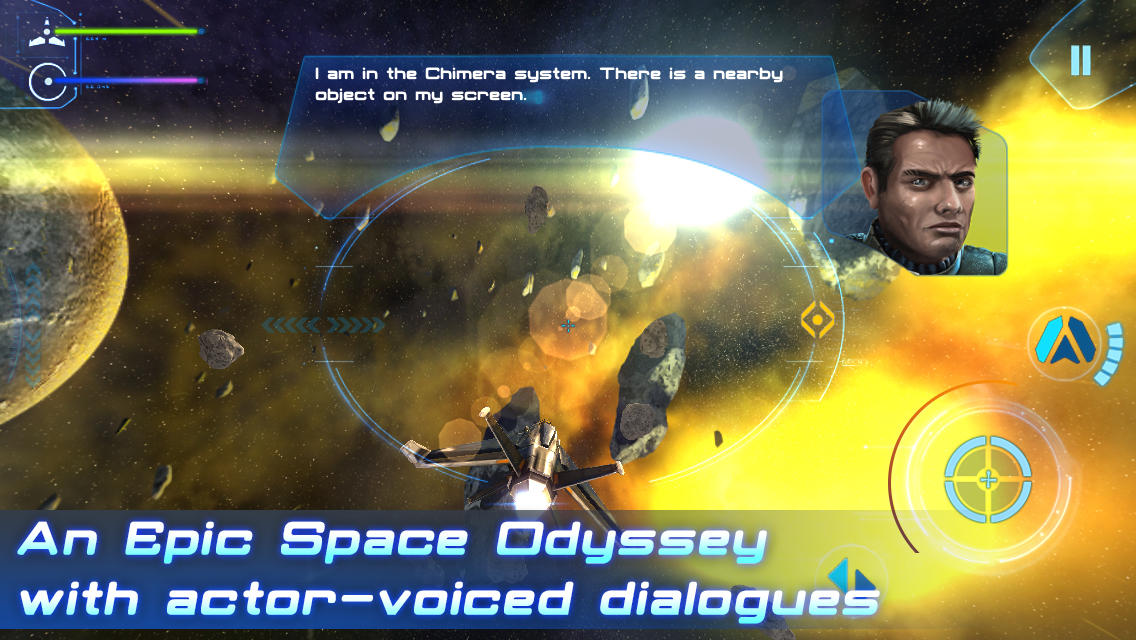 When Beyond Space shines it is a really fun game, and this is when you get to battle loads of enemies surrounding your craft. It is shallow shooter fun that doesn’t evolve throughout the couple of hours of gameplay found in normal difficulty. Replaying it in the hard difficulty didn’t entice me at all.

Beyond Space is a fun shooter that will supply a couple of hours of shallow enjoyment. The linear story, lack of customization and multiplayer certainly don’t knock the current space shooter king of the throne. Still Beyond Space has the controls, and looks that make it worth considering if you are looking to blast lasers into enemies in space.