With the new Robocop movie in theaters, I’m sure many people are spending some time with the tie-in game of the same name, Robocop (Free), from Glu Games. I reviewed it a while back and found it to be a bit of a bear thanks to its monetization aspects, but if you’re feeling like being Robocop, this is pretty much your best option apart from threatening a druglord and putting your faith in the city of Detroit to put you back together again. So, I felt that, in the spirit of my previous guide for Batman: Arkham Origins (Free), if you’re going to play this, you might as well have a guide to help you get through as efficiently as possible without reaching into your cybernetic wallet compartment in your leg, by which I mean, your pocket.

Fair warning: this game is a bit of a grind, even if you’re following an optimal path. That said, if you play a little here and there, you’ll find yourself making progress, and truth be told, the game holds up best in that context. It’s a bit repetitive to sit down and have a long gaming session, but a few minutes at a time, it’s fun in a somewhat mindless sort of way. With that in mind, here are some tips to help you make your way through the game with as little grinding as possible. 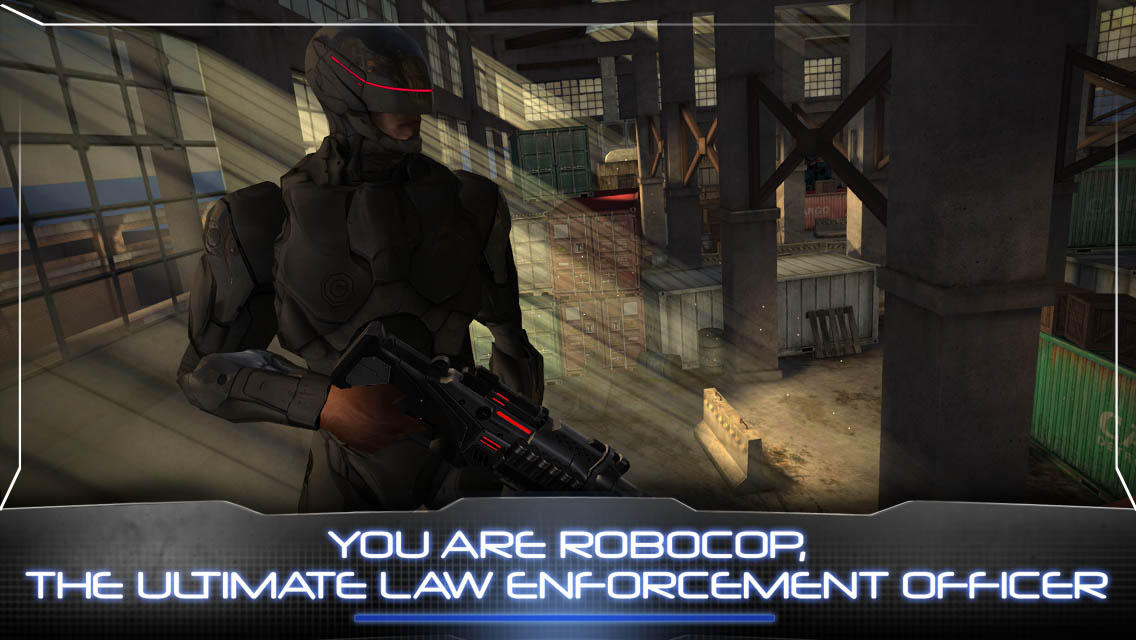 Don’t unlock unnecessary nodes. Seriously, this is a big one. Since you aren’t guaranteed to unlock a node when you attempt it, these are by far the biggest waste of cash in the game. Your armor and each weapon have slightly different upgrade trees. Make sure you scope them out ahead of time to make sure you’re only unlocking the nodes that you need to.

Feel free to use your research points to help you unlock important nodes. There’s no other way to spend your research points anyway, and tossing in about 50 or so can make a huge difference to your odds of unlocking a particular node. You’ll earn these points reliably at least from your daily missions, though probably only enough to help you out with one or two nodes per day. It’s best to use these to unlock the nodes that completely block the upgrade tree rather than side-branch nodes. It sucks to waste cash on side nodes just as much as critical ones, but only one of those node types is going to block you from moving forward, so spend wisely.

Gold is so rare, it’s almost meaningless. Unless you’re using Tapjoy to earn some extra, Gold will come out at a ridiculously slow trickle. With that in mind, I wouldn’t worry too much about saving up for a gun or anything. If you’re very patient, you can save your gold to buy one of the gold-only upgrades on your weapon, but if that’s your plan, do not waste that upgrade on a lower-tier weapon. You can just as easily spend your gold on killing timers, health packs, or drone strikes, though, since it’s of little consequence anyway.

Jumping up to the next tier of weapons is always a better use of money. As you close in on the end of each weapon’s upgrade tree, it’s a good idea to start comparing the cost of the remaining upgrades to how much it would be to simply buy the next tier version of that gun. You don’t need a fully upgraded gun to clear all the missions of a tier, and once you’ve moved beyond that tier, your fully upgraded gun becomes fully useless. You can spare yourself a lot of grinding by skipping the last batch of upgrades. 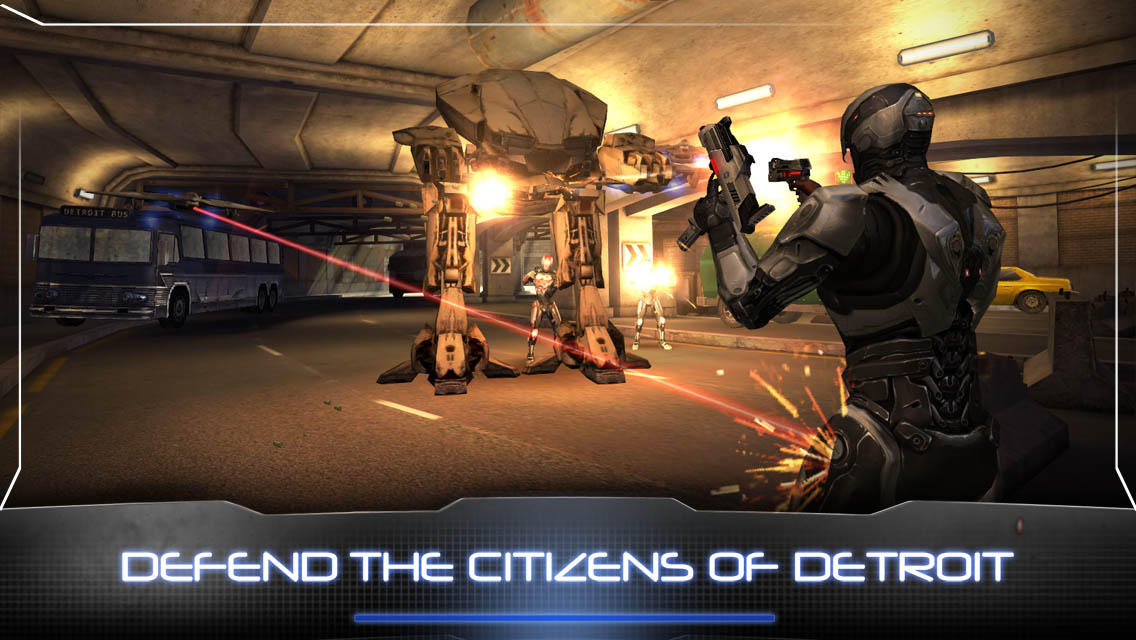 Make sure you do those daily missions. They’re easily the best payouts in the game, and they’re usually incredibly easy. They also give you the chance to play with some new guns well before you earn them on your own. If you’ve only got a few minutes to play during the day, hit these up first. Note that the 24 hour period between missions is based on when you play them, rather than adhering to a universal clock, so it’s best if you play them around the same time each day.

To actually progress the game, the OCP missions are key. There are always other kinds of missions to engage in, and you’ll probably want to play them to earn extra cash, but the OCP missions are the bread and butter. Clearing them will unlock the next tier, moving you one step closer to the end of the game. As such, you should complete OCP missions until such point that you are no longer able to, and then move to side missions to earn cash for upgrades.

Go for the hardest challenge missions to get the best bucks for your bang. If you can’t progress any of the OCP or side missions, but you still want to earn some extra cash, challenge missions are your only option. You can choose which difficulty level you want to take on, so make sure you choose the highest possible level you’re capable of to increase your cash prize.

Don’t be afraid to take on a mission slightly above your grade. Sometimes, the gap in power between what you need in a mission and what you have is too wide, and the game will restrict you from playing. There’s nothing you can do about that. More often, though, the game simply warns you and says the mission will be very difficult, and in these cases, it’s a good idea to check what the actual difference is between your current stats and the recommended ones. If you’re only a few points under, you’ll probably be fine. If it’s wider, you might still be able to pull it off if you’re good at the actual gameplay. 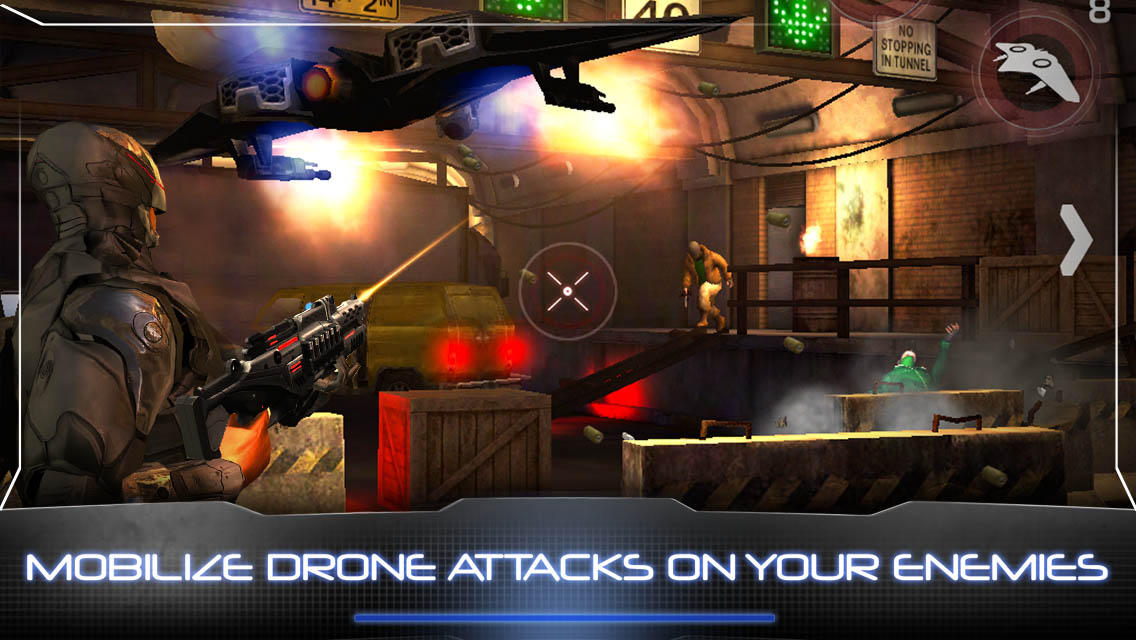 Prioritize your targets. Certain enemies represent a greater threat than others, especially in terms of how quickly they can shred your cover. Be especially mindful of snipers and drones, who can do heavy damage to you even if you’re behind cover. Grenadiers should also be taken out quickly, since their grenades can do serious damage to both you and your cover.

Everytime a new enemy appears, scan. You can scan as often as you want, revealing the enemy’s weak point. Hitting an enemy in its weak point does critical damage, which helps you take down bad guys even faster than usual. It also reveals enemies who can be arrested by shooting them once in their weak point, which is a good way to quickly clear one of your targets off the board.

Wait for an enemy to pop up before choosing your target. If you start shooting at an enemy behind cover, chances are good his buddies are going to pop out from their cover and start taking potshots. It’s much better to let one of them poke his head out and go after that one. In most cases, patience is your friend.

If your cover is a car, be very careful. This is one situation where you really need to take out the enemies as fast as possible. Not only can you be damaged by the explosion if the bad guys put too many bullets into a car, you’ll also be left without one of your two cover spots, which leaves you in a very bad position. It’s probably best to spend the majority of your time at the other cover spot, only using the car when you have to.

Change cover now and then, but be careful you don’t run into a spray of bullets. It’s not a bad idea to head over to the other cover spot here and there to keep one spot from receiving too much damage. When doing this, wait until an enemy pops out and finishes emptying his clip before making a run for it, or else you’ll likely take some damage.

Use your focus attack wisely. In OCP missions, you should have enough time to fire off your focus attack at the very beginning of the stage and again at the very end when the boss arrives. In any other stage, the cooldown timer is going to be longer than the mission, so save it for when you really need it. A good time to use it would be when you’ve got multiple drones or snipers on-screen, or are getting low on health or cover.

Well, they’re not exactly prime directives, but if you keep these tips in mind, it should greatly cut down on the grind without having to be Bixby Snyder shelling out dollars everywhere. Now, let’s all just try to enjoy the first new Robocop movie in over 20 years. At least it’s not worse than Robocop 3, right?