The old-school dungeon crawler can be a cruel mistress. First-person movement, gameplay that basically drops you in the middle of a world and tells you to figure it out – it’s certainly a far cry from the handholding that most RPGs do these days. Coldfire Keep ($4.99), the latest title published by Crescent Moon Games, does a decent job of recreating the basics of the classic genre with a large world that kept me wanting to return, explore, and conquer. However, it left me wanting more in terms of combat and controls.

If you haven’t checked out our preview, Coldfire Keep offers the basic package in terms of first-person dungeon crawling. You create a party of four, enter into an abandoned keep, and take on its enemies in search of loot, gold and glory. Like other similar games, Coldfire Keep’s visuals, music and sound take somewhat of a backseat to more important elements such as exploration, loot and combat. 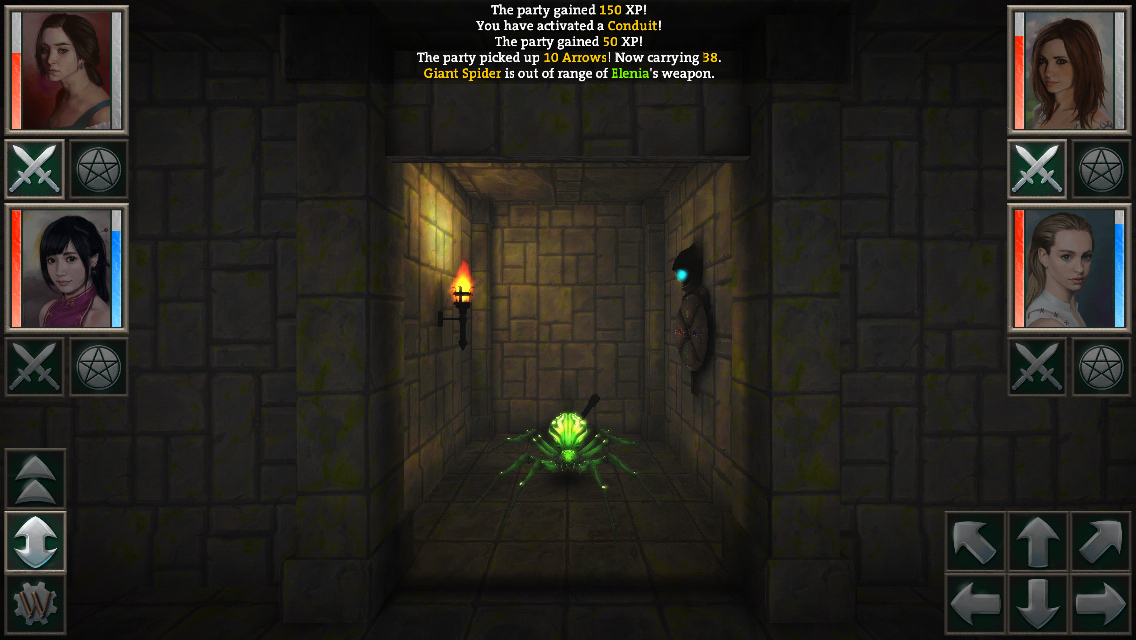 While Coldfire Keep starts slow, the game eventually reveals itself to be a pretty engaging game. Hidden passages, puzzles, and traps join the standard elements of finding loot, killing baddies and getting to the next floor. Eventually, Coldfire opens up into multi-level objectives that have you searching for keys on one floor to open a locked door on another floor which will allow you to flip a switch that allows you to continue further, and so on. Truly optional secrets rooms and treasure also make checking exploring each nook and corner rewarding. Sure, the game’s class system and actual mechanics aren’t too in-depth, but for the most part it works well.

There are, however, two facets to Coldfire Keep that could use a bit more work: the control scheme and the turn-based combat system. Coldfire offers two different control options: swipe-based controls and a traditional virtual button overlay. Unfortunately, I found the touch controls to be not as responsive as I’d like (with a noticeable lag between swiping and moving), and while the overlay was smoother, the button placement was too cramped on my iPhone’s small screen. With built-in support for MFi controllers, I’d wager that Coldfire Keep probably plays best  with physical controls instead of having to deal with its on-screen controls. 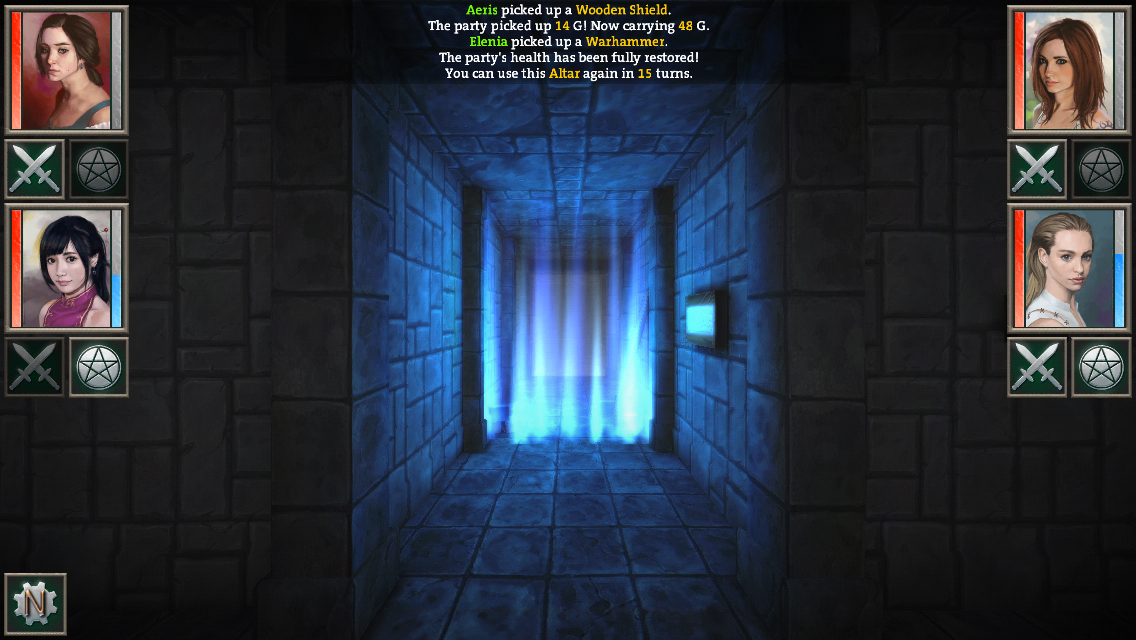 The combat system, meanwhile, felt a bit too simple for my tastes. Enemies are numerous but lack variety, meaning you’ll be fighting the same baddies over and over again with some variation. There’s also not a lot of feedback in terms of actually scoring hits against enemies. I also wish the game offered more information in terms of damage done and how your stats affect combat. There isn’t even much in terms of a tutorial or help section, although I realize that may be a deliberate homage to the genre. There are plenty of weapons, armor and stat-boosting items to (eventually) find, but most items didn’t really stand out and I found it hard to get excited about new upgrades (probably because of that lack of information feedback).

Still, I enjoyed my romp through Coldfire Keep in spite of my concerns above mainly due to how well it executes the actual exploration of the world. The puzzles were easy enough to keep me engaged and I found myself wanting to find the next key, open the next door and see what the next floor would bring. The game’s story, told via discovered journals and the occasional conversation between party members, is pretty standard but worked well enough to maintain that level of engagement that the rest of the game instills. Even the ration system (which forces players to eventually eat before they starve and take damage), while rough at the onset, can be managed and adds some strategy to the game (hint: buy the fishing tackle as soon as you can). 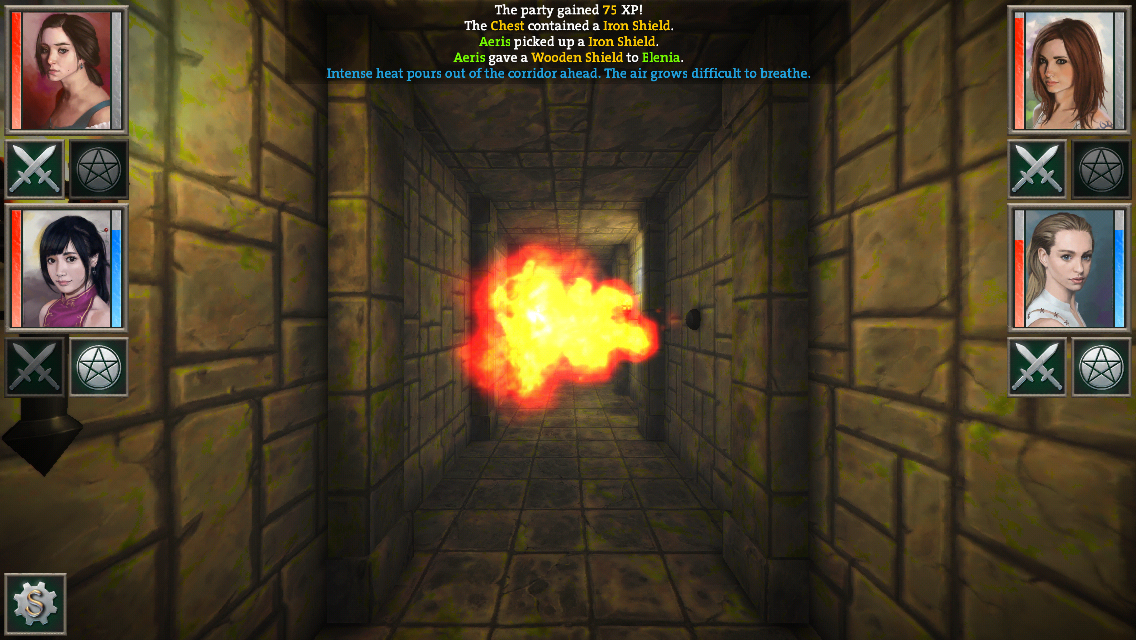 Coldfire Keep isn’t going to overthrow the likes of The Quest as the premier iOS dungeon crawler, however it still offers an experience worth playing through. If you look beyond the control issues, you’re still left with a full-fledged (if a little basic) adventure that succeeds at capturing the essence of dungeon crawling. Whether that’s enough in an age that typically offers more than the basics is up to you.