Well, Threes! ($5.99) is absolutely ripping up the iTunes charts, currently locked in at #1 paid in most regions, and blowing up all over Twitter as everyone and their second cousin have taken to boasting about their high scores. If this Threes! business is news to you, be sure to check out our review, as I’m highly confident in calling it the best game released so far in 2014, and it isn’t one you should miss.

The cool thing about the game being so successful so far is that there’s no shortage of folks sharing tips and otherwise obsessing over its mechanics. Our forum thread is a particularly good source of information. While it won’t necessarily help you play the game better, it makes sense to know how the scoring in the game works. Forum member and level 30 math wizard kamikaze28 breaks it all down for us and describes it as “quite elegant":

Now, when you run out of moves, the white cards are each scored and then added together. This part is a little confusing because they are not worth their number in points. Instead, the k from above is used to determine the point-value of each card as follows: If a card has the number 2^k * 3 on it, it will be worth 3^(k+1) points. 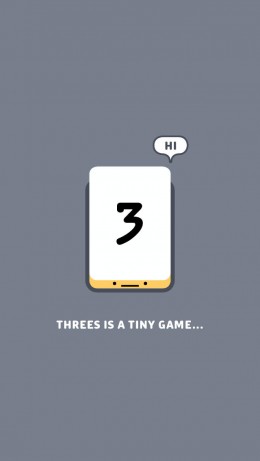 If all this math talk is going over your head, that’s alright. Basically, all you need to know is that as the number on the particular block (or card, as kamikaze28 calls them) doubles, its point value triples. So to distill this deeper into a simple tip, when you feel like you’re getting backed into a corner, try as hard as you can to end the game with as few “1" and “2" blocks as you can. “3" and “6" blocks aren’t worth much, but, they’re better than nothing.

There’s a lot of debate regarding whether or not it’s a great strategy to try to specifically build towards one corner or towards the center as there’s two distinct schools of thought. The corner folks believe keeping your best blocks in one of the corners helps to mitigate getting an unexpected “1" or “2" block where you don’t need it, as you’ll naturally end up with a progression where your lower blocks will usually be on the outside while the higher numbered blocks will be towards the corner. 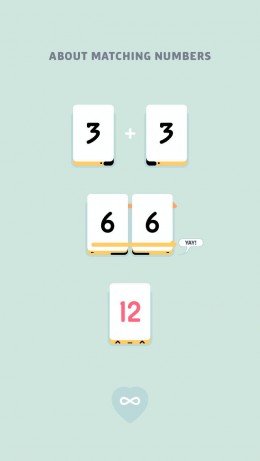 I personally have had more luck with mr_bez’s technique of attempting to keep my largest tiles in the center, as it’s easier to link them together with the increased movement flexibility. Additionally, using the corner strategy potentially blocks off two whole edges of the board which gives you less flexibility. Doing well in Threes! seems to be primarily about keeping your options open. Mr_bez continues with some seriously solid tips:

Oh, and while not technically a tip, a lot of people have been wondering what the “Conserve Battery" function means in the options. Developer Greg Wohlwend explained it in the Threes! thread:

Conserve Battery cuts the framerate in half. The game normally runs at 60fps but that tends to eat battery if you play for hours at a time, so we cut that in half to conserve as much as possible without sacrificing the game’s animation too much.

Threes! is a seriously special game, and one you shouldn’t pass up. While these tips are good and it’s interesting to know the specifics of how the scoring works, the best thing you can really do is just slow down. Always remember Threes! has no timer, and there’s absolutely no benefit to hasty play. Take advantage of sliding slowly without lifting your finger up for a preview of what’s going to combine together and think ahead.

If anyone has any specific Threes! tips or techniques that have worked particularly well for you, feel free to drop them in the comments.