I’ve got a bone to pick with Rare. As far as I know, the studio’s most popular NES game, Battletoads, consisted of only three levels. The first was a straight beat-em-up. You walked to the right and beat the snot out of giant bipedal pigs and walker robots. In the second level, you rappelled down a pit. The third level, Turbo Tunnel, was the end of the line. You jumped on a motorbike, and you sped to the right down this two-lane road, swerving up and down to avoid colored walls. Only you couldn’t avoid them for long because one instant they were materializing and the next you had pancaked against them.

I’ve never finished that game. Word has it that there might even be more than three levels. But I don’t care. My bone is with Turbo Tunnel, a level I still can’t beat, and that’s because it’s really not that fair. Even if your reflexes are sharper than the edges of an NES controller, the motorbikes don’t move fast enough to avoid walls that appear quick as a blink. Elektron Games developed Toad Rider (Free) as an homage to (and probably as way to seek closure from) that infamous 8-bit crucible that hastened my education in four-letter words. 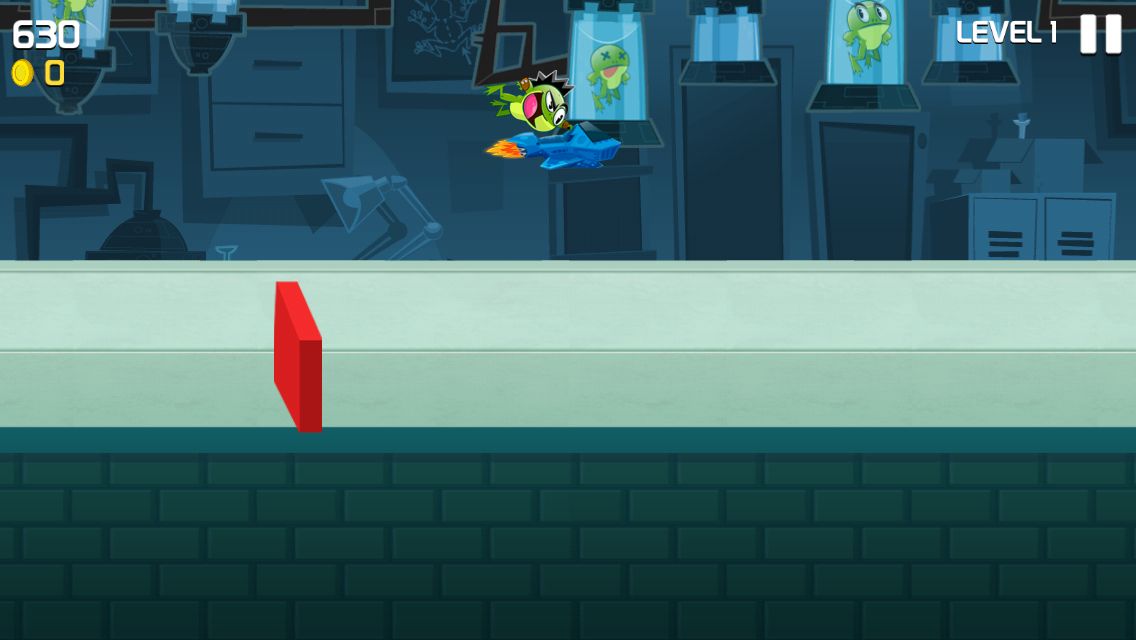 The developers at Elektron Games started out using the admittedly niche concept of speeding down a tunnel cramped with obstacles as an inspiration, but improved on the blueprint Rare drafted in the early ’90s. You to pilot a motorbike that speeds to the right, changing between lanes to avoid a flurry of colored walls, panes of glass, pits, beds of spikes, and other hazards. Here, unlike in Battletoads, obstacles are introduced at an even pace, one that challenges you without making you cry foul.

Each type of obstacle requires a different reaction: swipe to the right to bash through glass walls head-on; tap the screen to jump over lasers; swipe up and down to switch lanes; and so on. Crucially, Toad Rider‘ controls respond with alacrity. You snap rather than drift to a new lane. That responsiveness comes into play when the game starts throwing lots of different obstacles at you in rapid succession, such as a pursuer you can only shake by driving straight at a wall and then shooting off to another lane before he has time to follow. 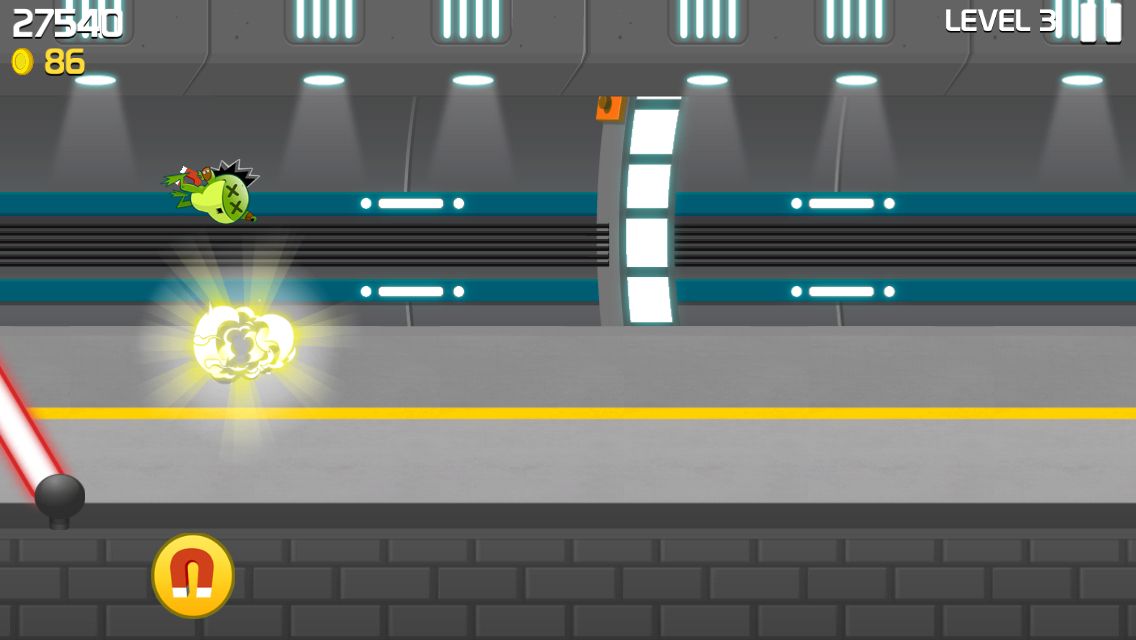 By the time the game’s tricks flow into a confluence of deathtraps that come rushing at you, you feel ready. The game’s controls mesh with a reaction time you were able to build up gradually. I quickly grew comfortable enough with the controls that I used both thumbs to play: with my left thumb I swiped to change lanes and dash forward, while my right thumb tapped the screen continually to rack up extra points for double jumps.

When you inevitably wipe out, IAP puts on the brakes. You need diamonds to pick up where you left off, and the cost of continues climbs as you push deeper and deeper into the game. You can’t buy diamonds with in-game currency, but you do pick up coins along the way that enable you to buy instant-starts on some of the later levels, as well as power-ups like shields and coin magnets, so focusing on upgrades over diamonds is a viable way to enjoy the game without spending any real money. 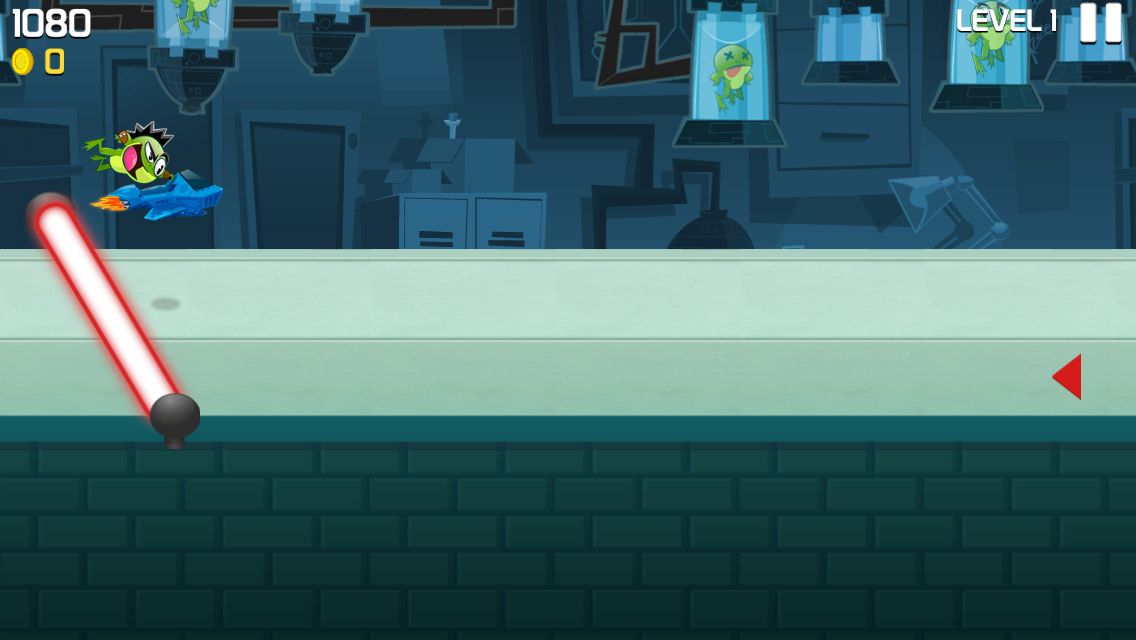 I love that gaming has ripened to the point where developers can take a concept from a game that influenced their passion for the hobby, polish that concept, and flesh it out into its own thing. Toad Rider puts a fun, challenging, and fair spin on one of gaming’s most notorious levels that any fan of endless runners should enjoy.