Originally released in September of 2012, The Room ($0.99) wound up being a terrific puzzler from Fireproof Games. It was inventive, it was gorgeous, and it was devious. It made you think, and when you figured out the answer, you were wrong, and it made you think some more.

Unfortunately, during the hustle and bustle of the holiday season, our review for The Room Two ($1.99) got lost in the mix, but with its release just in time for Christmas, the game took everything that made the original such an engrossing title, and expanded on it. The puzzles are vastly more complex and multi-faceted, the story, while still being vague, gets fleshed out a bit more, the graphics have improved, and the hair-pulling has multiplied. 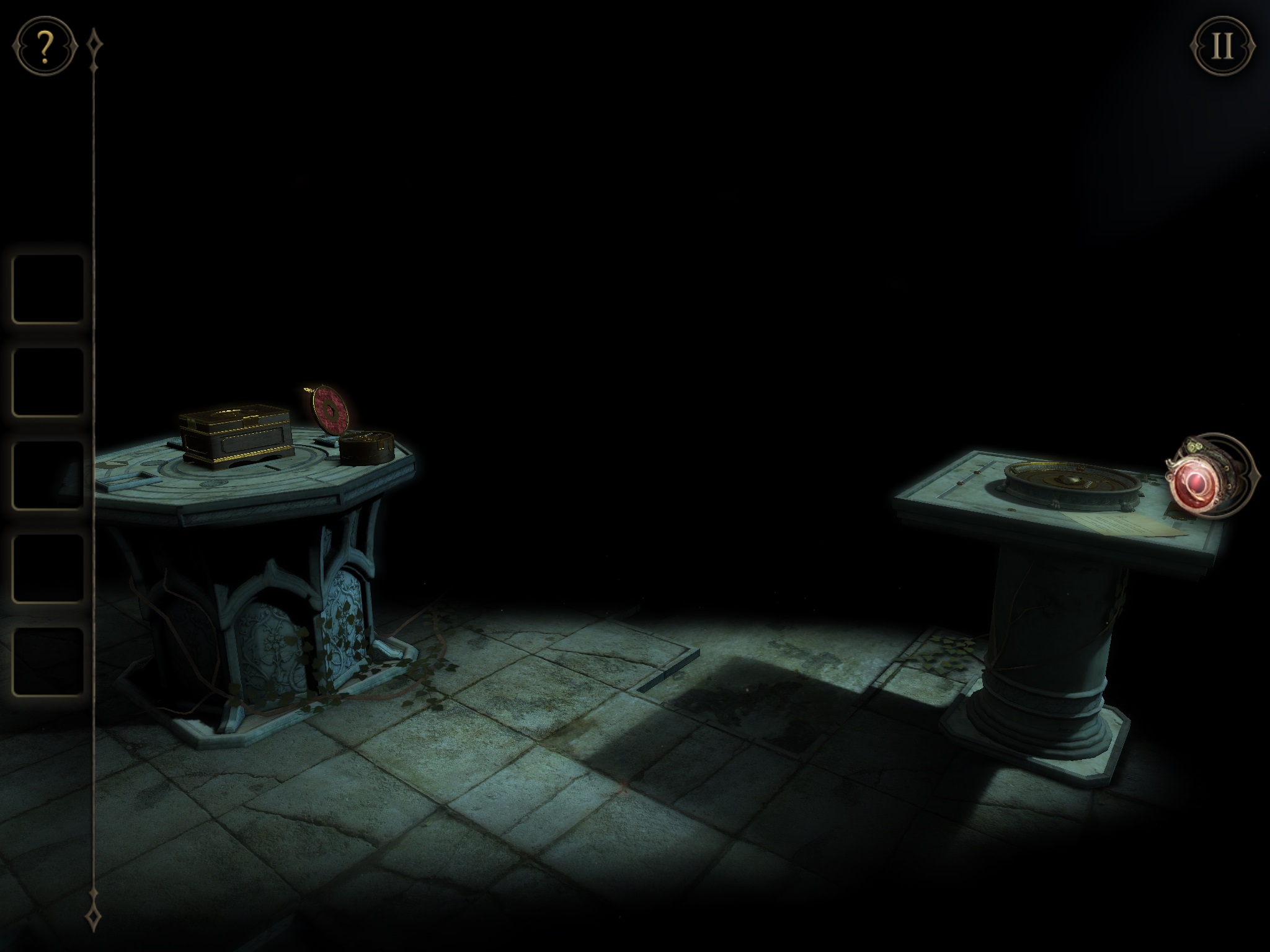 One of the first things you’ll notice upon starting The Room Two is the addition of profiles. Up to three people can create a profile, so if you want to pass the game around to your significant other, or friend, or mother who struggles to use a touchscreen but is amusing for you to watch, than by all means. You won’t have to wait until you finish the game and then replay, or let someone attempt to and possibly solve a puzzle before you’ve had a chance to.

You’ll be greeted with the familiar tutorial, which basically follows that of the first game. Control in The Room Two is very precise. Everything you need to do requires an action of some sort, whether that’s swiping to open an envelope, or circling clockwise to turn a rotating dial, and the game is fluid in all of these motions. As you delve into the later chapters, you’ll trade in the standard creepy room for more creepy sets, including one where you have to construct, of all things, a crossbow. The only issue with having such complicated rooms is that you may forget where you left off. You remember seeing a piece you now need, but which table was it on? Did you already unlock that piece? Where am I?

Within the first puzzle you’ll notice the more complex nature of the game, and perhaps you’ll see why the sequel has such a bland name. The room, too, participates in the puzzle, and you’re not just focused on one object anymore. You’ll have multiple objects this time around. Setting the correct order of toggles on one object may trigger an unlocking noise, but you see nothing happen, until you realize the room you’re in is noticeably more expansive, and that unlock happened on another object in another corner. It’s this kind of back and forth that adds to the difficulty. 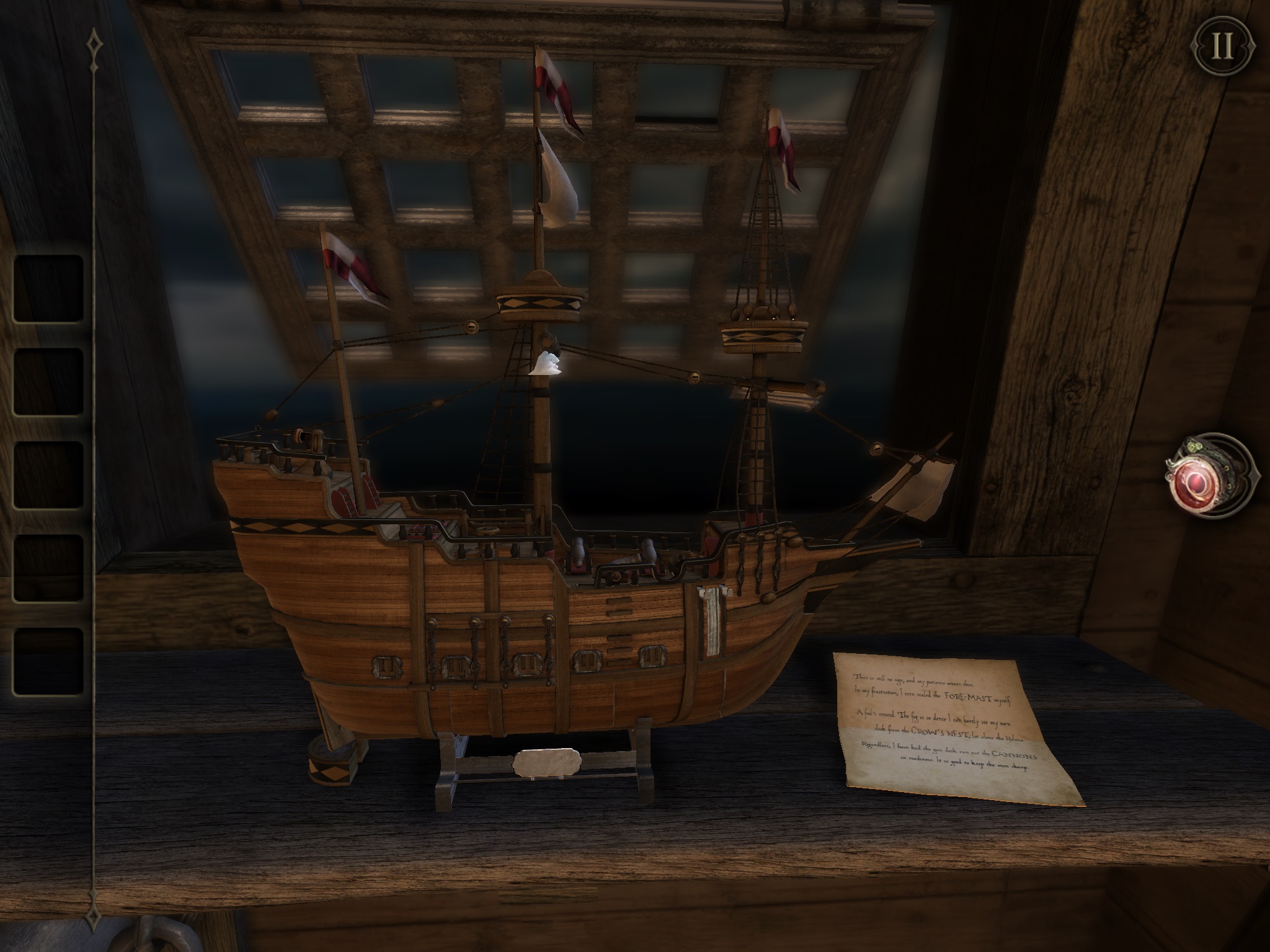 In the first game, you could keep hitting buttons, turning dials, and looking through your eyeglass until eventually the answer came to you. Now, you’re forced to focus your attention elsewhere. The eyepiece from the original makes a return, and it is the same as before; uncover fingerprints, line up objects, the usual. There are also many, many design pieces that have zero effect on the puzzles, they only serve to be cosmetic. They add to the overall and look.

As you progress further into the story, you’ll wish it were explained just that much more. The atmosphere of the game, like its predecessor, is dim, creepy, and leaves you wondering just what will happen when you set that final oval block into its indentation. But, the ultimate question remains: why? Why are you here, in these series of rooms, doing what you’re doing? The Room Two has an ending, but it still leaves you wondering that one question. Perhaps the third one, if (and hopefully) there is one, will flush out more.

The music throughout the game does just enough to let you know you’re in some sort of dire situation, but it never becomes the center of attention. Every click, clack, bang, crash, and mechanical grind is perfect.

There is not much to detract from what is clearly a well thought out, designed and developed game. For the price tag, you could argue that the game is pretty short (I was finished in about four hours, and that was enjoying each and every set piece), and there isn’t much replay value. The hint system, based on idle time, can also be a big distraction; while the first clue is extremely vague and gives you the most basic of information required, if you wait around long enough, the final hint will tell you exactly what you need to do. There were times when I was tempted to just wait until the question mark dinged and glowed, but if you’re the kind who may be easily swayed, I suggest you turn off the hints.

The Room Two is a beyond worthy successor to the original in all ways. There is no reason to not play it. Here’s hoping that Fireproof Games can take what seems to be a great story, and more thoroughly flush it out in sequels to come.