You may or may not have been aware, but Rockstar’s Grand Theft Auto: Chinatown Wars ($4.99) and Chinatown Wars HD ($4.99) have been missing from the App Store since back in September. Apparently, thanks to a note in the app’s description that Rockstar put there prior to taking the game down, it was due to an iOS 7 incompatibility bug, and they’d be investigating a fix for it. Well, that fix is here and both the iPhone and iPad versions of GTA: Chinatown Wars are back in action on the App Store. Best of all, they’ve both been given a facelift with graphical support for Retina Display devices.

Not everything in the game has been Retina-ized, like cutscenes or menu UI stuff, which is understandable as this game was originally created for the Nintendo DS and its low-res screens. But the actual in-game graphics and dialogue text is all sharp as a kitten’s claw now, and it looks great. Sadly, though, there is no widescreen support for the 4-inch iOS devices, which is something I’d deeply hoped for if Chinatown Wars ever made its return. Ah well, looks like I’ll be playing on my iPad. 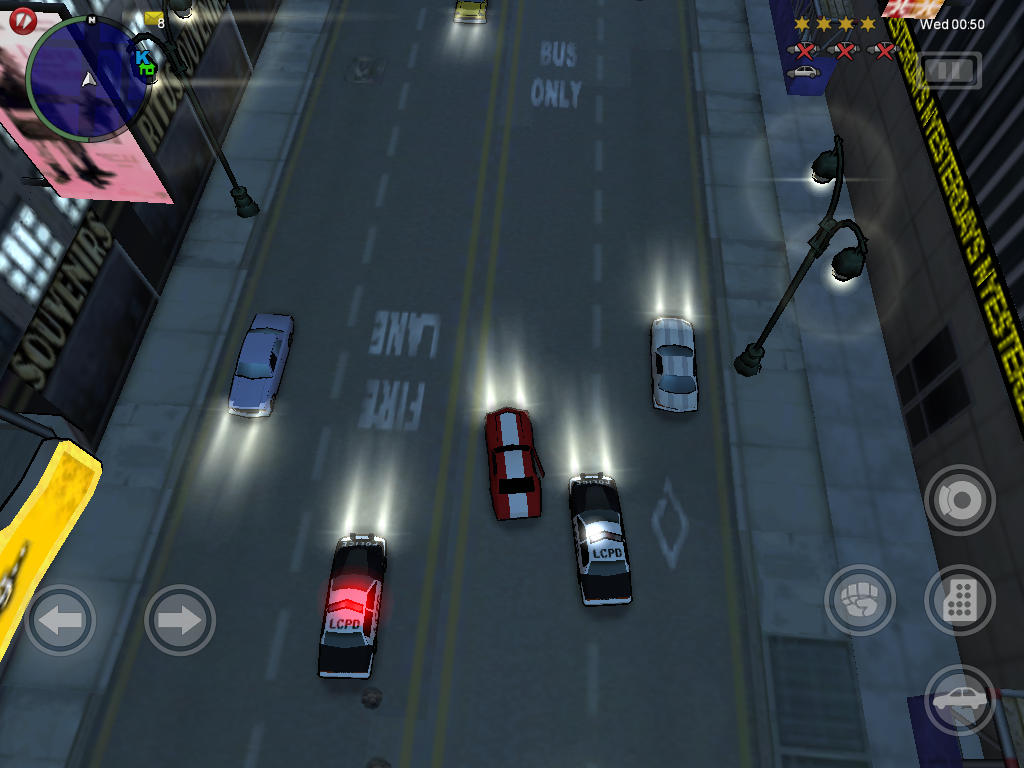 At any rate, the most important thing is that GTA: Chinatown Wars actually works now, and it’s an incredibly awesome game that you should play if you haven’t already. I might even go as far as saying it’s my favorite GTA game period. The drug selling mini-game itself could be its own full-fledged game. Definitely check it out, or if you’ve been dying to play Chinatown Wars but haven’t been able to since updating iOS 7, then give the updated version a download and start jacking some cars to start the weekend off right.