You don’t see too many games about leprechauns these days. Maybe it’s because of their secretive nature, leaving most of the inspiration to the imagination. Well that’s just what Odyssey Creative Labs has done with Tale Tapper ($0.99) — a tale of a leprechaun who’s determined to get his stolen pot of gold back.

Tapper is an isometric title that puts you in the magical shoes of Paddy, who has just had his gold taken by the King’s jester. One good steal deserves another, so it’s up to Paddy to sneak into the castle and take it back. Unlike Metal Gear or Tenchu however, there’s one major problem — Paddy is a pacifist, and he’s not going to use offensive maneuvers of any kind.

Naturally, given the lack of weapons, Tale Tapper is a stealth game, and it happens to take advantage of the latter half of its moniker quite a bit. In order to get around, you simply tap at a specific area of the map, or hold your finger in a specific corner of the map to constantly move in that direction. If you want to change the perspective, you’ll use two fingers to shift the map around, and Paddy can also jump with a quick double tap. 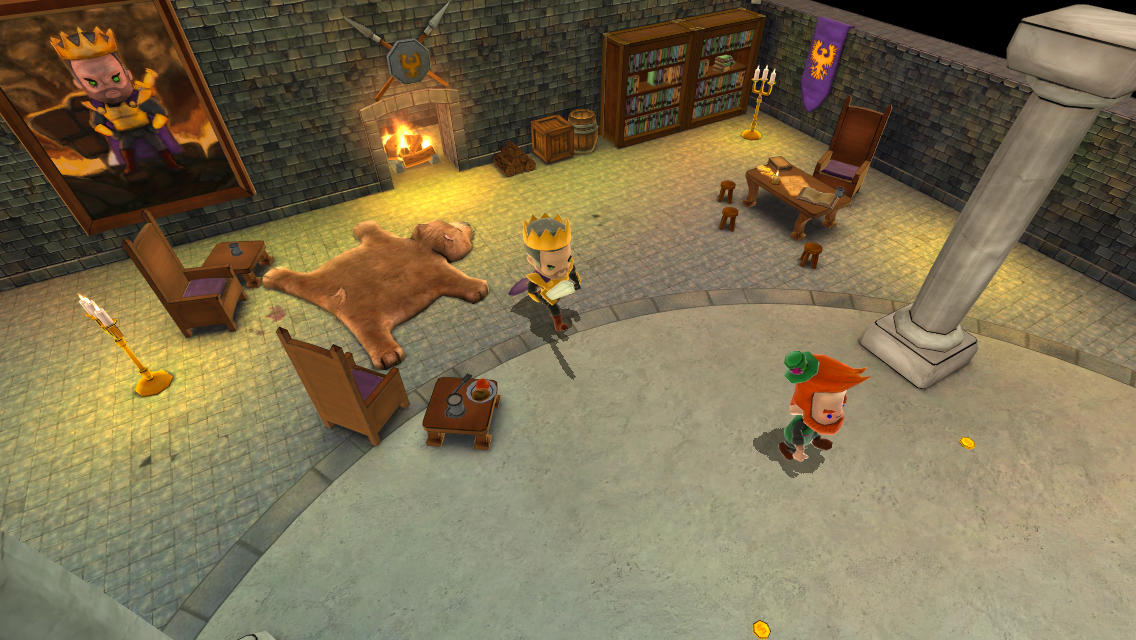 For the most part, the controls work, but I had a lot of problems shifting the camera around at key moments. It’s nice that the game doesn’t force players to use a virtual set of buttons, but this is definitely a game that could benefit from the onslaught of upcoming iOS 7 controllers.

Sneaking has a point of course, as you’ll have to duck, dip, dive, and dodge all of the guards in the castle. Metal Gear style, they’ll patrol set paths, and if they spot you, you’re back to a checkpoint — if you find the gold coin in each stage, of course. The vision of each guard is easily spotted by way of a circle, so there’s no confusion as to what areas you need to avoid. It’s a pretty simple system that works, and since the controls are spot on, it’s mostly your fault if you’re spotted.

Quests will spring up along the way, usually involving small fetch distractions, helping out the various characters he meets along the way. In addition to sneaking, puzzles come into play quite often, like navigating a boulder to destroy a wall — it’s in these moments that the game really shines, as the concepts presented rarely overstay their welcome, and show off Tale Tapper‘s modest 3D engine.

The castle itself has a lot of variety, most notably due to the vast amount of colors used throughout the game’s indoor and outdoor environments. One minute you’ll be frolicking through a garden, and the next, you’re slinking through the castle’s halls, or the kitchen — Thief style. The developers really did a good job of making the castle memorable, to the point where I’d want to see it again in a future release.

In true puzzle game fashion, you’ll often times find yourself getting stuck in a giant room, only to find that you missed one tiny unturned stone in the corner. In other words, the game can devolve into a pixel hunt in some areas, which is a shame given the fast paced nature of the campaign.

Tale Tapper is sometimes frustrating, but ultimately the juice is worth the squeeze. It offers up a chance to play some worthwhile stealth gameplay, and the visuals are charming enough to stand out on their own. Tapper‘s true crime however is that it’s far too short with little to no bells and whistles — so don’t expect a lengthy tale of revenge.