I feel like we say this every week, but after the ridiculous night of releases, this was a particularly hard choice. Oceanhorn ($7.99) seems too obvious, and everyone totally already knows about it and if you read TouchArcade you’re likely already playing it… So I figured it was worthwhile to highlight a great game that seems to be getting steamrolled over all the bigger and arguably more well known games this week. It’s called King’s League ($1.99) and I haven’t been able to put it down since our TA Plays First Look video.

We discuss this on today’s podcast, but when I first loaded it up I almost skipped it entirely. It absolutely stinks of what initially feels like free to play, complete with timer bars, two types of currency, what appears to be some kind of energy mechanic, and more. Except here’s the thing, it’s anything but that. Back when Game Dev Story ($4.99) was blowing our collective minds, we also discussed how awesome it’d be if someone took these stat management style simulation games Kairosoft was releasing but instead of arguably pretty bad J2ME ports actually put some effort into them.

That’s exactly what King’s League is.

It scratches all the same itches, only instead of hiring developers and engineers you’re recruiting knights and wizards. You then train up those units, and participate in the actual King’s League along with side activities ranging from quests to capturing territory to clearing dungeons. Like Kairosoft games, the actual combat that you’re training your dudes for, just like the races you built your car for in Grand Prix Story ($4.99), you have absolutely no control over. Instead, your dudes just bounce against the enemy guys, swing their swords, and if you win the statistical dice rolls, congratulations.

The customization rabbit hole goes deep. There’s 46 different classes of guys to collect, each with their own strengths and weaknesses, and you need to sandwich five into a party and see how good you do. All of the fantasy tropes are here from your basic knight to battle mages and everything in between, all with their own statistics and character levels just waiting to be raised by you. 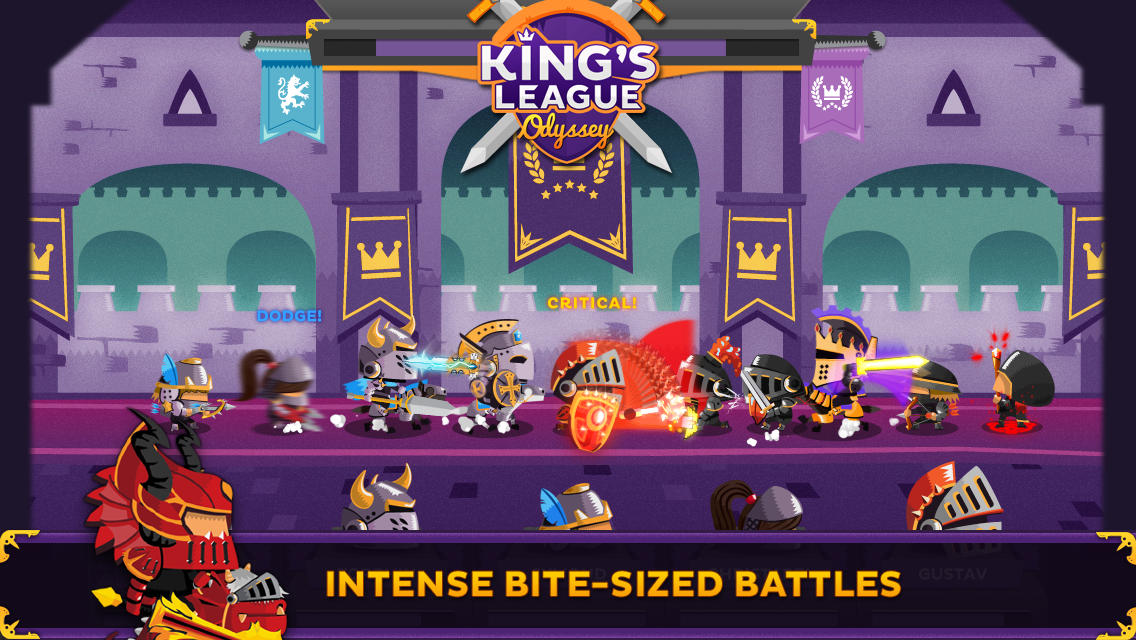 It’s weird to say this, but the one odd down side to King’s League is that since it looks so much like a free to play game, all those instinctual free to play game playing triggers kick in. I feel like this game should be free with some kind of limiting energy mechanic (Not that this is what I want by any stretch of the imagination, don’t get me wrong!) so I find myself playing it waiting for some kind of “OK, come back later" stopping point… But, that never comes- A few minutes turns into a few hours. It’s odd.

I haven’t completed the campaign yet, but I feel like I’m getting close. Folks on our forums have been completing the normal game mode in around three or four hours, and that seems right. Replay value comes from ramping up the difficult level, as again, the “normal" mode, much like a Kairosoft game, is really only serves as a long tutorial to play it again and do better now that you understand how everything works. King’s League does this with the inclusion of a “hard" and “insane" mode that I can’t wait to try out. Additionally, there’s a seemingly endless arena called the “Battlethon" where you see how many fights you can win in a row to compete in. 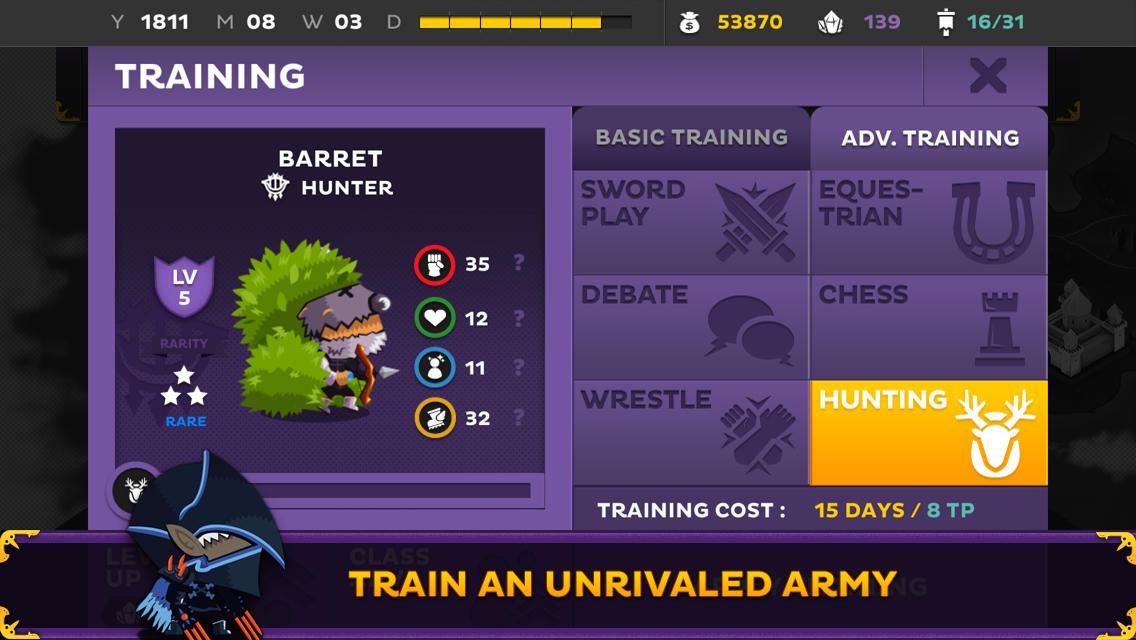 You can also play a Flash version of King’s League: Odyssey on Kongregate if you want to get a taste of what you’re getting in to. Personally, I look forward to this game absolutely dominating my weekend.