This was an especially tough week to choose just one Game of the Week. I had to resist the urge of simply linking to our Wednesday night release post and our Thursday release post and going “Welp, just take your pick, bye!" But, there are lots of weeks where many great games are released, and that would be the easy way out. That said, there was one release this week that we just seemed to kept playing, talking about, and always going back for more. That release is Meltdown ($4.99) from Phenomenon Games and BulkyPix. 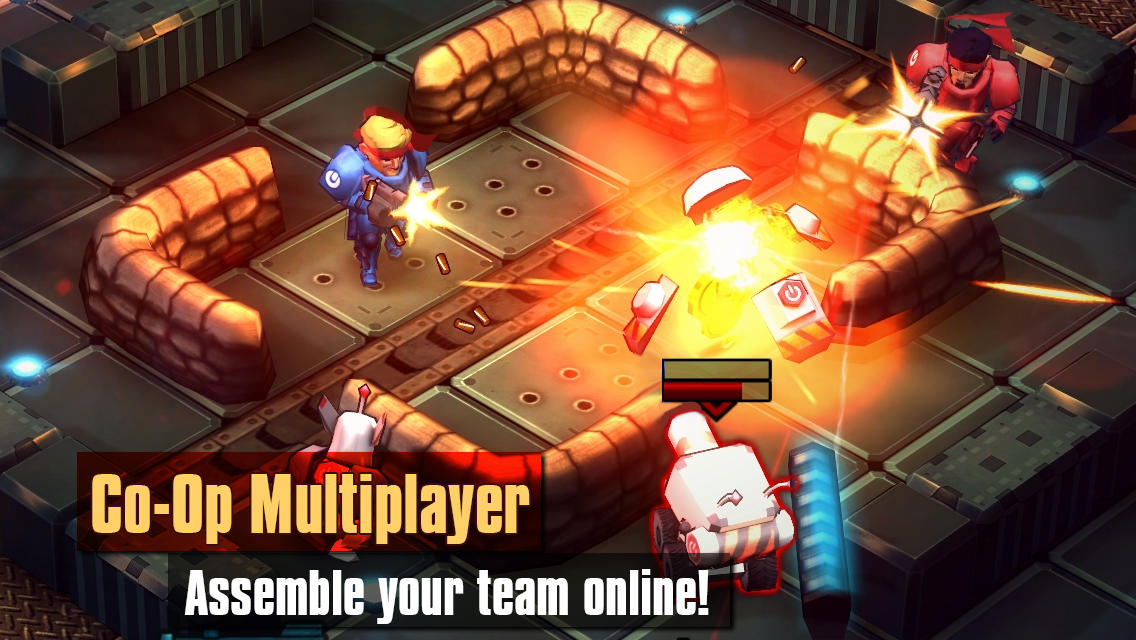 Meltdown is an isometric dual-stick shooter with randomly-generated levels and a slick weapon and character upgrading system. There’s a 30 level single-player campaign to play through, and with each enemy you kill you’ll earn both coins and experience to go towards your weapon upgrading and leveling up. There are two weapon slots and a melee weapon slot, and a nice selection of different weaponry to use. Each of the weapons have their own different skill trees so you can choose which direction you want to go in terms of what aspects to upgrade. Similarly, your character has a few different sets of attributes you can choose to focus on to cater him to your own taste.

Now, listing out the features of Meltdown, it doesn’t seem like it has anything that some other games might have, and that’s definitely true. It’s not reinventing the wheel here or anything. What Meltdown does have is harder to put into words. There’s just… something about it that keeps drawing you in. Getting a pop-up that you’ve leveled up or knowing you’ve gained enough coin to buy that weapon you’ve had your eye on is very satisfying. Also, the enemy AI is actually very good in Meltdown, so it takes a lot of strategy and skill to do well as opposed to some other shooters which feel more mindless.

Besides all that, one huge draw of Meltdown is its multiplayer component. It features up to 4-player cooperative play online, and since it doesn’t rely on Game Center for this, you can very easily drop in and out of games at will. This is a fun game to play by yourself, but throw three buddies in the mix and it’s an absolute riot. There definitely can be some improvement in this area, though, like the ability to host private rooms or invite specific friends. A competitive mode is in the works too, and the prospect of some free-for-all or team deathmatch Meltdown has me salivating.

Our forums have been going pretty nuts over Meltdown since the moment it was released, and after spending a great chunk of the past two days playing myself, I can totally see why. Sure, it looks pretty standard on the surface and there are definitely some rough edges, like a few crash bugs and some weirdness with connecting to multiplayer, but those issues are already being ironed out and in terms of how much fun I’ve had playing a game this week Meltdown trumps the competition. It looks great, it plays great, and it has an excellent online multiplayer. And it feels like it can only go up from here.