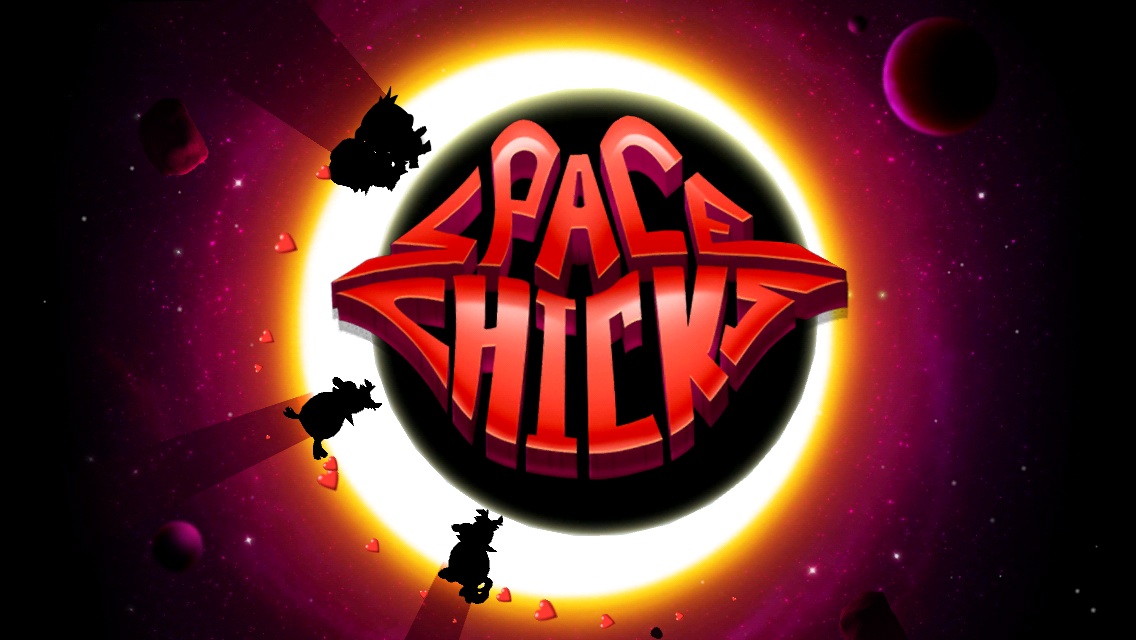 Earlier this week we had the opportunity to check out a near-finished build of Space Chicks, the latest to be published by the folks at Crescent Moon Games. While it’s been nearly a year since last we looked at it, it’s still a game worth keeping on your radar.

Combining elements from a few genres, Space Chicks feels and plays quite a bit differently while offering a lot of familiarity in the actual gameplay elements. Like an endless runner, Space Chicks sessions are played in runs, with the difficulty getting progressively harder until you eventually run out of lives and the run ends. A standard coin currency system lets you buy a variety of items while IAP mostly centers on earning coins. 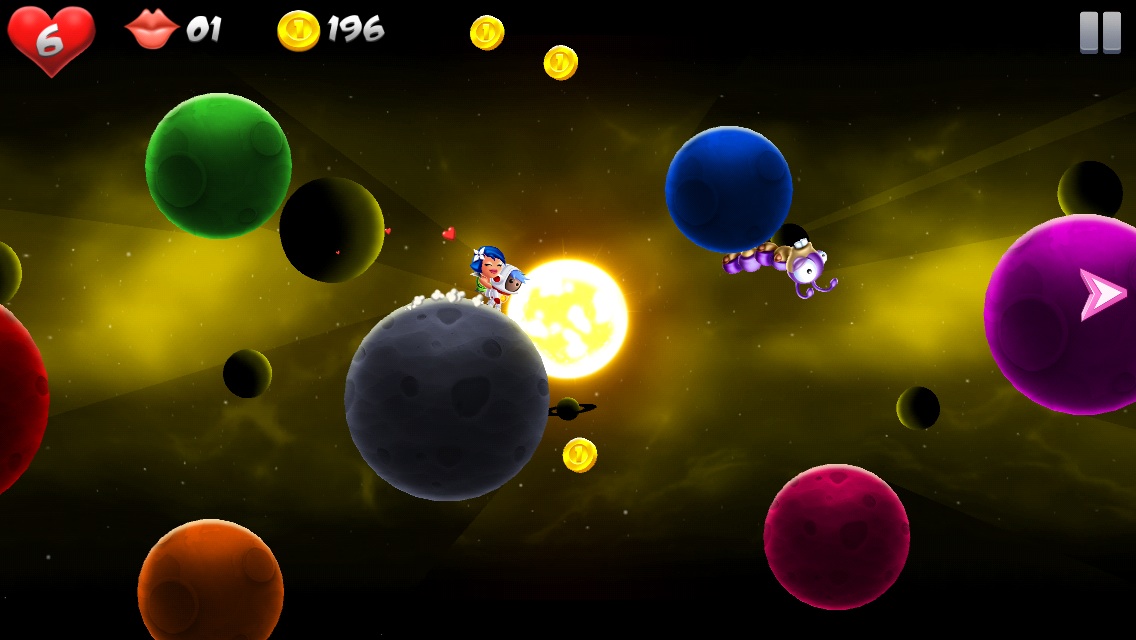 Three things that instantly stood out for me with Space Chicks are its platforming elements, highly simplified controls, and same-screen multiplayer. While your avatar never stops moving (like most endless runners), you’ll be guiding him by jumping between planets and avoiding enemies while looking for “chicks” to rescue. A gravity system highly reminiscent of Angry Birds Space makes even this simple platforming technique a lot more interesting. One-tap controls for jumping also make Space Chicks an easily accessible title.

The multiplayer is where Space Chicks gets really interesting. Two players can simultaneously play on the same device, with one half of the screen controlling one astronaut, and the other half controlling the second hero. I’m not sure how viable same screen multiplayer is for longer sessions, but the few sessions I did check out with another were hectic and highly entertaining.

As is the case with most ‘endless’ titles, there are a few questions that will impact the longevity of Space Chicks. It’ll be interesting to see whether the rate of coin accumulation will be fair or whether the game will push players towards IAP. In addition, I’m curious as to the amount of variety in enemy difficulty in longer runs. Regardless, I’m really loving what I’m seeing with Space Chicks, which is slated for release by the end of November.