It’s always unfortunate when a game has a lot going for it, but its shortcomings are large enough to drag it down. Rakoo’s Adventure (Free), the newest from Namco Bandai Europe, is a gorgeous stage-based running game with a well-designed main character, great music, a few gameplay elements that set it a apart from other runners, and a nice level of challenge. It’s also very short, plastered with “coming soon" buttons, and, depending on the size of your finger and/or iOS device, some flaws in its control setup. The result is a game that feels more like a demo for the real adventure than one on its own.

Rakoo is a little raccoon-looking fellow who has the most relatable of all problems: he’s in love. Sadly for little Rakoo, the object of his affections doesn’t even know who he is. When she takes off somewhere to the right of the screen, Rakoo decides to follow her to confess his love, but man, is she a fast little creature, because Rakoo never ends up within sight of anything more than her tail. Oh, Rakoo, I see what kind of man you are. Sir Mix-A-Lot would be proud. Knowing a lady loves flowers, Rakoo decides to gather as many as he can on his journey, because if one flower is romantic, just think how romantic five thousand of them would be? 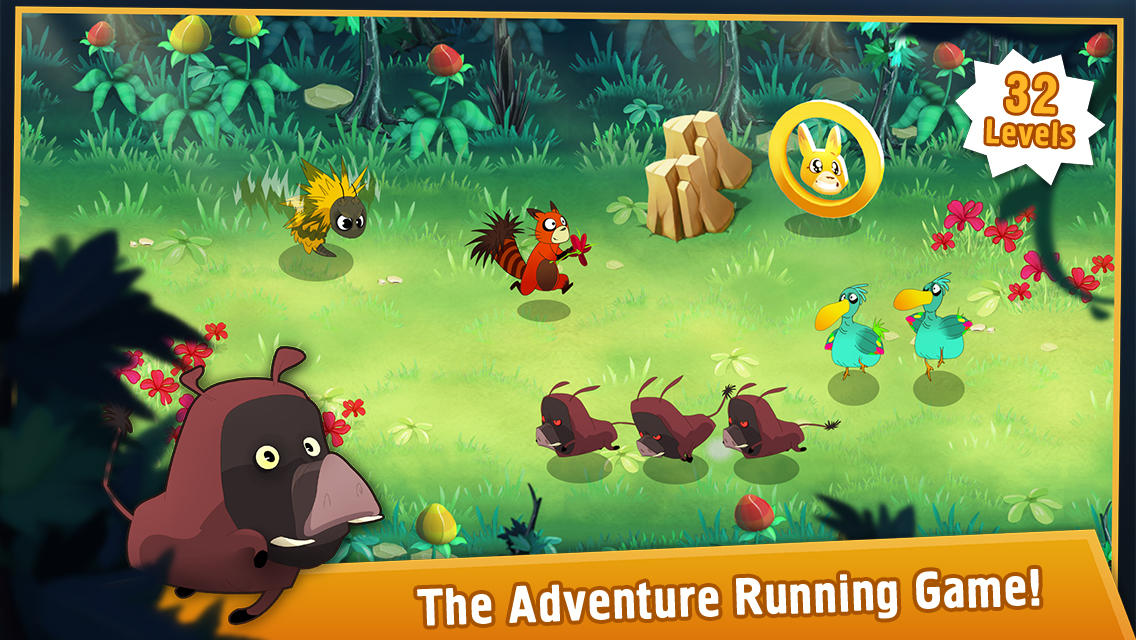 You’ll be running through 32 stages, covering two different worlds, with one more promised but completely inaccessible at the moment. In each stage, the goal is the same: run to right, grab as many flowers as you can off the ground, and reach the finish line intact. Without a power-up, Rakoo can only take a single hit before stumbling and being sent back to the start. Though it’s a side-scrolling runner, the stages are actually faux-3D, along the lines of a beat-em-up. You control Rakoo by touching anywhere on the screen and sliding your finger in whichever direction you want him to move in.

Naturally, the stages are full of obstacles, and while following the flowers isn’t a bad way to try to guess what’s coming, sometimes the flowers will lead you away from power-ups and medals, so you’ll probably need to run the stages more than once if you want to collect everything. Each stage has three medals to collect, and you have to make it to the finish line with them in hand if you want to keep them. Collecting enough levels opens up extra levels, and beating those levels gives you access to new hats in the shop. Hats don’t have any effects beyond the cosmetic, but they are cute, and you have to spend your flowers somehow, right?

The shop also offers a fairly-priced revival item and, once you’ve unlocked them, two pets that will accompany you on your adventure. Once you’ve unlocked these pets and bought some food for them, you can activate special offensive and defensive abilities. I actually found the offensive pet a hindrance more than a help, because his random enemy killing threw off my rhythm. Rakoo, by default, has no ability to eliminate enemies, but the stages are designed so that enemy appearances are telegraphed and there is always a safe spot. The offensive pet sometimes eliminates visual cues and gets you killed. 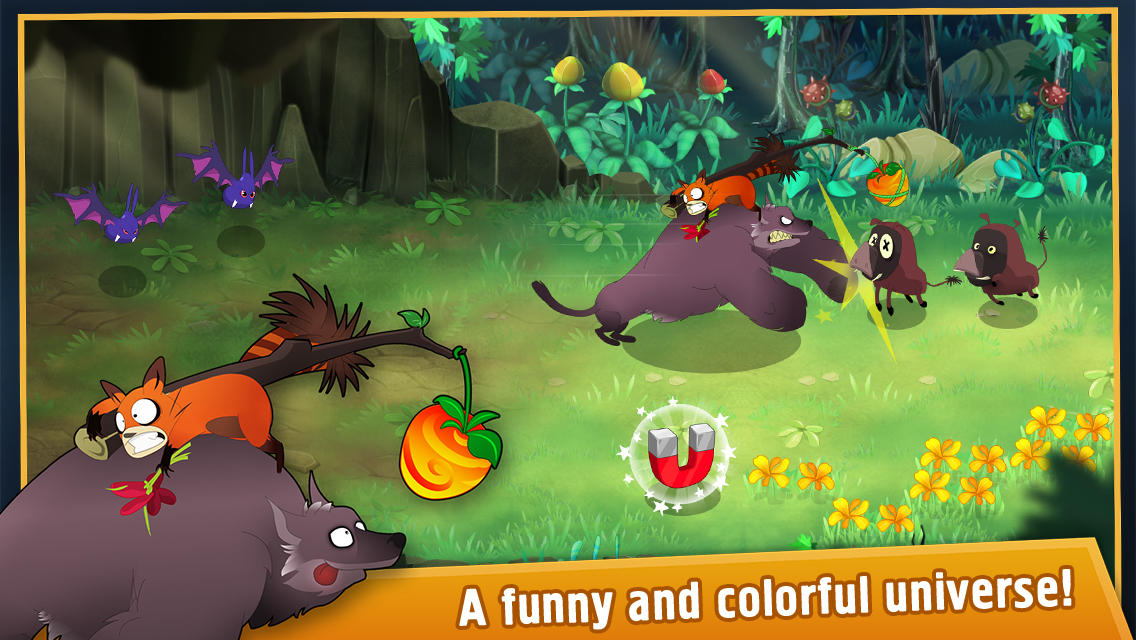 Like any runner, there are some power-ups to collect in the stages, though three of the five amount to the same thing. You can collect a heart which will allow you to take an extra hit, the obligatory currency magnet, and three different types of temporary invincibility. The placement of these power-ups is not random. They will always appear in the same place in each stage, and only at that place. It’s good for planning your route, but you won’t be getting any miraculous saves from the RNG gods in this game.

Rakoo’s Adventure uses the whole screen as a play area, and combined with its controls and the density of obstacles in later stages, you could be in for some trouble if you’re playing on an iPhone and have sausage fingers like I do. I never really found a safe place to put my finger, because things come from every direction and I was inevitably covering some part of the screen real estate that I needed to be able to see. I realize this problem isn’t going to affect everyone, but it’s something to consider if you’re working with a smaller device. Rakoo is a pretty difficult game, especially in the back half of the game, so you might end up getting very frustrated when your finger traitorously causes your demise at the very end of a stage.

The biggest problem with Rakoo’s Adventure is the brevity of it, though. I wrapped up the entire game, extra stages and all, in just over an hour, and that was with a lot of deaths. The shop was cleaned out, the medals were collected, and Rakoo still hadn’t even come face-to-face with his love. There’s just an abrupt end, and a big old coming soon sign hanging over the next world. There are no extra game modes, though it seems like there are some planned, judging by the coming soon buttons you see when you select either of the currently available worlds. It seems ridiculous to complain when the game costs so little, but let’s face it: in this genre, there are tons of better values for your money.

One other gripe, minor and personal though it may be, is that although the game supports Game Center achievements, there are three achievements you can’t get without spending real money on each of the three different flower bundle IAPs. That would be bad form in any app, but in a paid app, it’s really rotten. In a game crying out for ways to extend its playtime, blueballing achievement hunting by tying completion directly to your wallet is an awful choice. Oh, and heads up: it does that thing where the initial app download is pretty small, but the first time you load the game up, it spends an ice age downloading files, eventually beefing itself up to 230 MB on your device.

It’s too bad, because the graphics are beautiful, the music and sound are nicely done, and I love the difficulty progression. It’s very clear a lot of work went into Rakoo’s Adventure, which makes it quite regrettable how little game came out. It seems the moral of Rakoo’s story is that sometimes love just isn’t enough.