Wow, I’ve commented before on how remarkable it is that Foursaken Media is able to crank out new titles at such an incredible rate, but seriously, this is madness. They’ve just released Monster Adventures ($0.99) last week, and already they have announced two more new games in the pipeline. First is a spinoff title of their super popular block-building tower defense game Block Fortress ($1.99). Called Block Fortress WAR, it’s described as “an intuitive blend of MOBA, RTS, and block building gameplay." In the game you’ll choose from 4 unique races, and then choose one of a handful of specific heroes from that race. You’ll then create and customize an army using whichever race you’ve chosen. 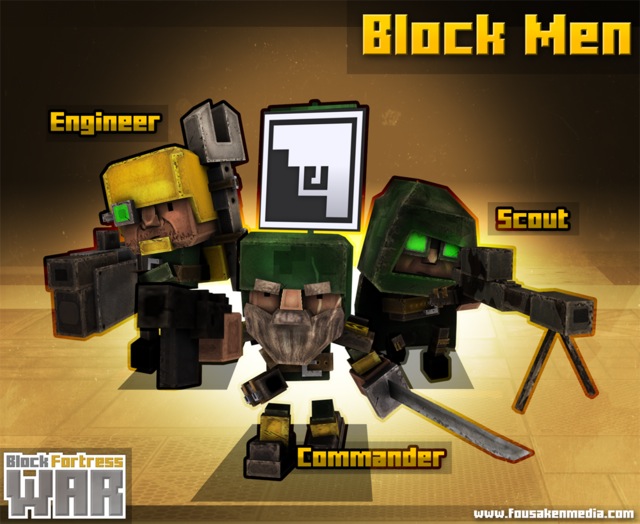 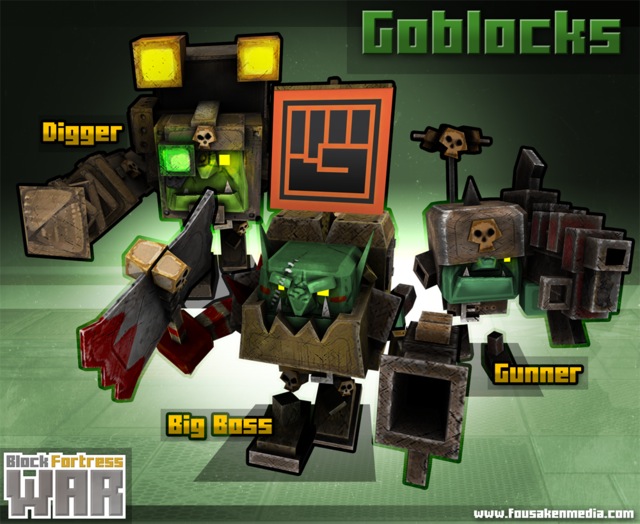 Gameplay consists of an all-out war as your army pours out of your own base and battles the enemy while you directly control your own chosen specific hero MOBA style. As you move across the battlefield with your army, you’ll be able to gather resources and build defenses and turrets to protect them, eventually gaining control of the entire map and ultimately destroying your opponent’s base. As with most of Foursaken’s games there will be a single player campaign as well as online PvP. The screens above show off two of the different races in Block Fortress WAR, and the developers will be offering up more information and answering questions in our forums. We’ll be following this one closely for more details and a release window.

The other game Foursaken has cooking and was just announced this afternoon is Bug Heroes 2. The original Bug Heroes ($4.99) was what put Foursaken on my radar way back in January of 2011. It expertly blended many different genres–the action of a dual-stick shooter, the character progressions of an RPG, and the strategy elements of a tower defense game–seamlessly into one cohesive experience. We loved it in our review, but it continued getting better and better through updates, including a huge version 2.0 update that hit several months after release. If that wasn’t enough, there was even a story-driven spinoff called Bug Heroes Quest (Free) that offered more action and less of the planning and strategy of the normal title. Well, Bug Heroes garnered a very dedicated fan base, many of which have been clamoring for a proper sequel for years. That time has finally come with the official announcement of Bug Heroes 2. 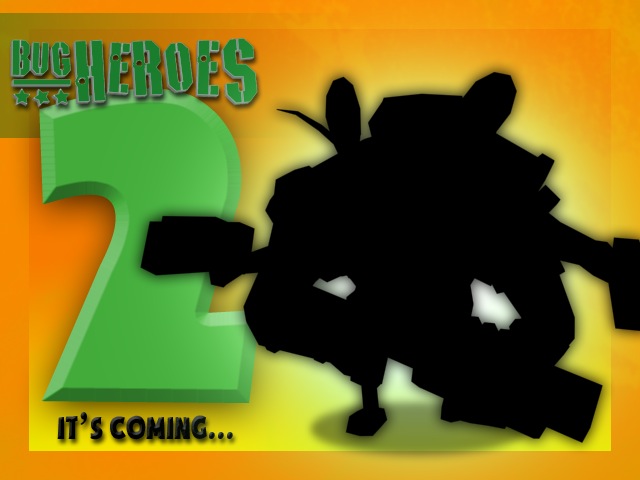 Like Block Fortress WAR, there’s really no solid look at Bug Heroes 2 just yet as things are still in the early stages. We do get that snazzy teaser image to the right, and what’s the deal with that silhouette character hmmmmm? Intriguing. As for the game itself, naturally it will follow pretty closely to the original formula of building defenses to protect your stash of goodies and roaming around the battlefield fending off waves of enemies. You’ll be able to control multiple characters on the fly again, though this time it’ll be handled a bit differently. You’ll choose two characters to take into battle and can switch between them at will, but the twist is that your non-controlled character will remain on the battlefield after you switch and will be AI-controlled. You can give your AI character simple order too like “follow" or “hold your ground."

In an even bigger twist you can forgo taking two characters with you at all and instead just take a single Legendary character into battle. The Legendary characters are much larger and more powerful, but you lose the ability to switch between two different characters, so using them will come with its own set of strategies. Finally, Bug Heroes 2 will contain single player, co-op and competitive PvP modes. There’s even more little tidbits of info to be found in our forums, where people are already buzzing about the game.

I really can’t comprehend how the four developers that make up Foursaken Media can manage to put out so many quality titles at such a fast pace, but I’m certainly not complaining. As a big fan of both Block Fortress and Bug Heroes, I’m super excited to see that sequels to both are in the works. Be sure to check out the threads in the forums for more and we’ll keep you abreast of any new information for both titles as it becomes available.