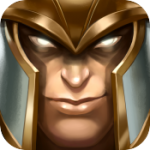 Quark Games, the development team behind Valor, is no stranger to fantasy-based strategy games. The company’s latest PvP game, Champs: Battlegrounds (Free), gives you a squad of knights, archers, fiendish ghouls and other Arthurian-style characters to do battle with on a chessboard-like playing field. The nearly real-time combat is the kind of fast action you want to enjoy on an iPad, but may just be a little too cramped for iPhone play.

Typically, when you think of the differences between turn-based strategy games and real-time strategy games, squared spaces always pop into mind. Turn-based games are usually locked into a grid setup and you alternate turns with your opponent. Whereas real-time games allow you to move about as you please and the action never stops. Champs: Battlegrounds falls somewhere in the middle. It wants to be real-time, but you always feel like you’re waiting on your turn to go next. 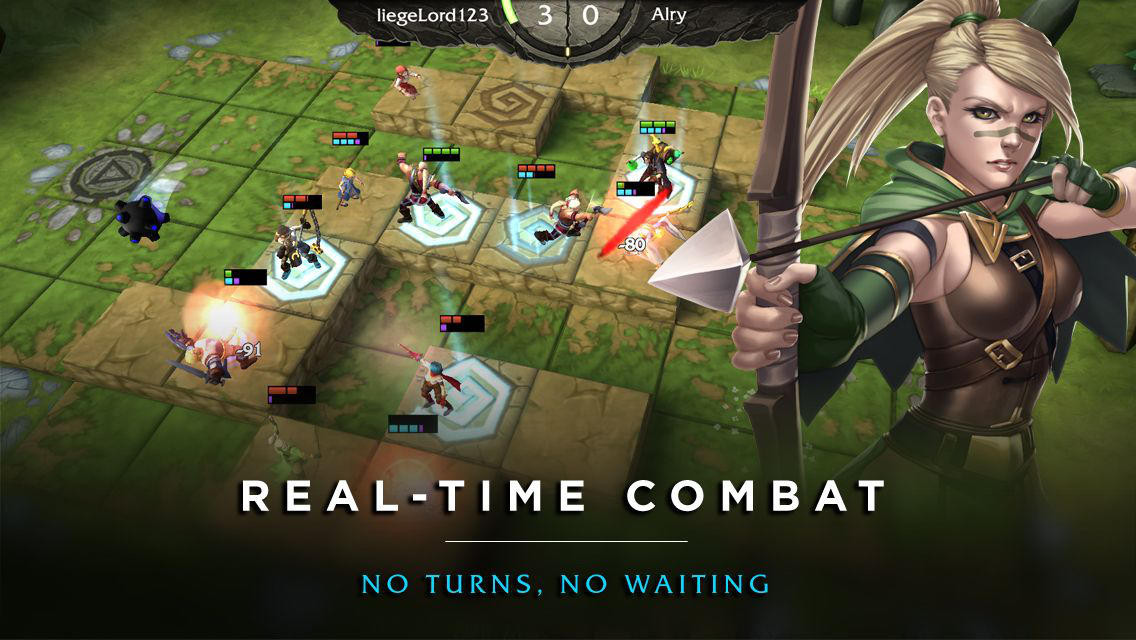 Players face off in six-on-six combat. Each character has an energy meter that has four tiers of actions. When the first tier fills up, you can move your character on the square-based grid. The second tier allows you to perform a basic attack, while the top two tiers allow you to perform more powerful, specialized abilities. The first person to score ten knockdowns wins.

When you first start playing, you have six basic characters: two Vagabonds, two Squires and two Apprentices. The character art reminds me of Bastian, without the abundance of vibrant colors. In your first matches, the action seems to be fast paced. Most of the time, you’re just waiting for the first and second tiers of your energy meter to fill up so that you can move your character and perform basic attacks. The Apprentice serves as your healer. Players can move her to specialized squares that allow her energy meter to fill up faster. Then, they can use her third-tier, healing spell. The action appears to be fast because you always feel like you’re tapping a different character to attack, move, heal or throw a projectile.

However, once you and the opponents you meet start to perform upgrades or purchase new characters, the action starts to slow down. Why perform a basic attack, when you can wait for your Acolyte’s energy meter to fill up and unleash a powerful tier-four fireball? All of a sudden, that pseudo-frenetic action you experienced when you first started playing feels a lot more turn-based. That’s not to say that the fun isn’t there, but it starts to make you wonder if this game is unique at all in the MOBA space (multiplayer online battle arena). You’re simply hopping from square to square, waiting for a chance to actually do something and cursing that energy meter for being so real-time slow. 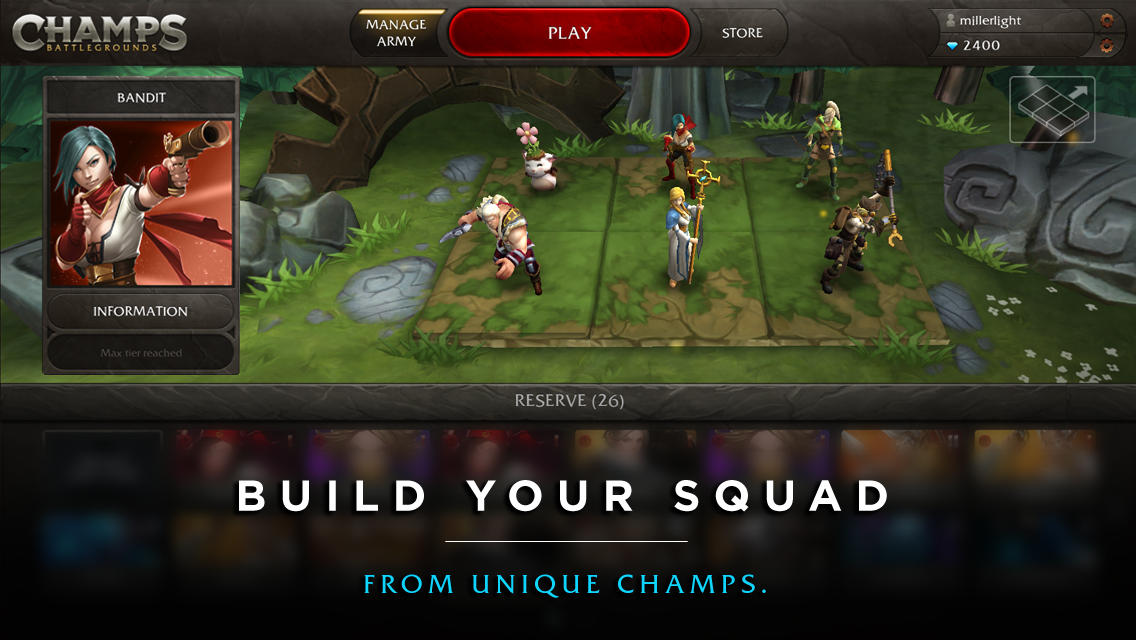 Players can upgrade their characters or purchase them outright with blue diamonds, called Battle Points, or red flames, called Quark points. Battle Points can be earned in single-player battles, which require you to be connected to the Internet, or through PvP games. The great thing about Battle Points is that even if you lose in a PvP game, you can still earn a few blue diamonds. If you’re constantly losing in PvP matches because your opponent has all the powered-up characters, then you’ll probably need to play at least thirty to forty PvP matches in order to unlock better characters or stick it out in single player. Quark Points, of course, are for those “beloved” IAPs.

By the way, upgrades are more like a Pokemon evolution than a character upgrade. You’re not really boosting stats, but choosing which path your character will evolve into. You can pay for your Squire to become a Knight or a heavy-duty Axeman, while your Apprentice can opt to be a fireball-throwing Acolyte or a healing Cleric. Once you make your decision, that’s the end of your “upgrade.”

Most of the maps in the PvP boards look like carbon copies of each other. You’ve got lots of brown and green tiles to stand on. I kind of wanted to see more colors and environments. After all, this is a fantasy-based game. There are supernatural characters, like Ghouls and Corruptors, but no great supernatural boards. The major difference between boards is where the energy tile is placed, as well as the elevation of certain tiles. There’s some strategy to be found in having Archers commandeer the high ground. Also a few characters can modify tiles with land traps.

The PvP competition in Champs: Battlegrounds remains fierce and it’s always exciting to finally unleash those fourth-tier attacks. I always found myself vying to lock-in the premium tiles. When I lost, I could quickly ask for a rematch and most users were up for the challenge. However, I wish the game gave me the ability to hot-swap in my reserve troops. When a character gets knocked down, that character is automatically respawned to the back of the board. It would be great if I could choose one of my other characters and switch up my strategy on the fly.