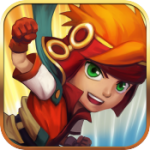 The App Store offers more than its fair share of traditional, sidescrolling platform games. If you’re tired of traveling the road that Mario paved back in the 1980s, Freedom Fall ($2.99) offers a 90-degree twist on the genre. Rather than running and jumping from left to right, Freedom Fall challenges you to avoid spikes, spinning blades, fire-breathing gold dragons, and other hazards while picking your way down, down, down a trap-infested fortress.

Freedom Fall casts you in the role of a roguish hero who bears a striking resemblance to JRPG fan-favorite Crono. Your adventure begins at the tippity top of a tower. A message scrawled on the wall behind you provides instructions on basic movement. A few screens down and you discover that these sloppily-written missives serve a greater purpose than a game tutorial. They were written by your captor, a princess whose father built the prison you now call home. 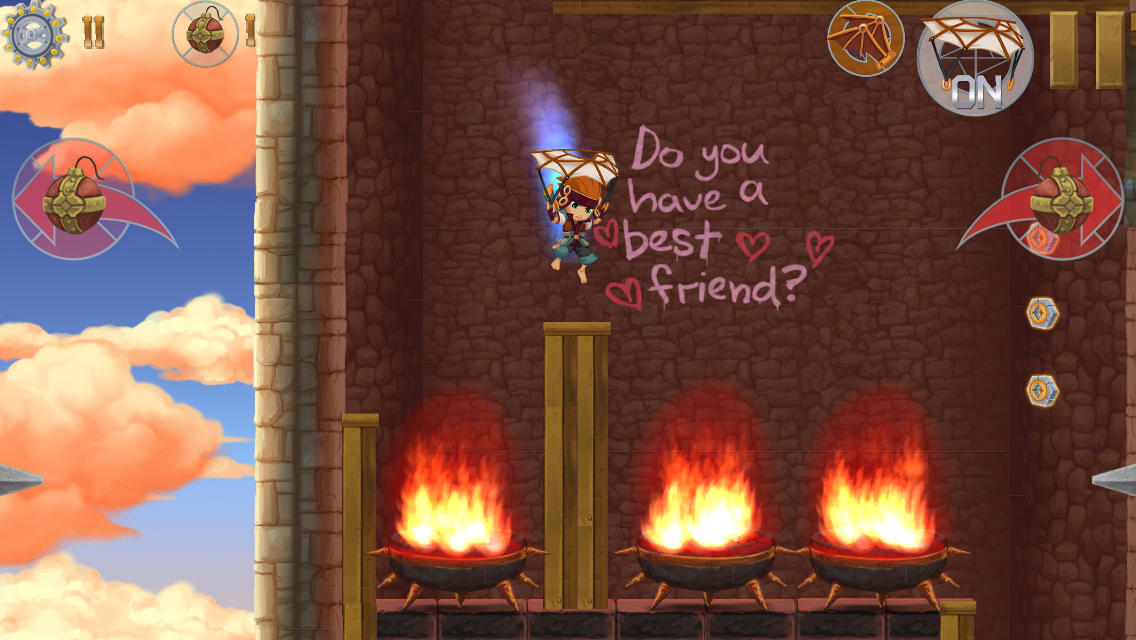 Press on and a steady stream of graffiti reveals more about your spoiled captor. She loves dragons, hates her mum, keeps the bones of previous prisoners/suitors lying around, and dares you to take the hard path on occasions where the game offers easy and difficult paths downward. It’s a brilliant storytelling mechanic that interested me as much as the platforming elements.

Like the diverging branches you encounter during your descent, movement can be performed the easy way or the hard way. The easy way refers to intuitive gesture-based controls: swipe your thumb to the left to move in that direction, swipe right to move right, or swipe up diagonally toward the corners to leap and wall-jump. You’ll need both thumbs to move fluidly–although I suppose you could use one digit as a stylus–but planting both thumbs on a smartphone screen does impede your view of the traps you need to avoid, making a tablet ideal for playing.

As for the hard way, Freedom Fall also provides a virtual d-pad that comes with the usual assortment of shortcomings inherent in tactile-less control schemes.

To keep the gameplay interesting, Freedom Fall gives you more to do than shimmy and swerve your way south. Each level contains screws and nuts scattered about. At certain junctures, you can cash them in for apparatuses such as a hang glider that you can switch on and off for situations that favor speed or a more controlled dive. Reaching out-of-the-way screws is one of the more challenging aspects of the game, one platforming fans should enjoy, and you can return to completed levels to collect more screws when you come up short.

Made up of beautiful, 16-bit-esque graphics, tight controls, and a relationship between hero and jailer that unfolds in a fascinating way, Freedom Fall is one of the most solid and unique platformers I’ve played in quite some time. Its story and unique twist on platforming set it apart from the App Store’s droves of run-of-the-mill, 99-cent throwaways.