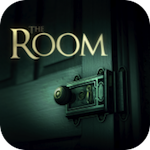 Neat! Fireproof Games just announced a “epilogue" update to its awesome adventure-slash-puzzle game The Room ($0.99). According to the studio’s web site, the update will pick up right where The Room left off and will set the stage for the upcoming sequel. Provided things go as planned, this epilogue update will hit August 29 across all of The Room‘s various platforms.

We’ve got a teaser for it just below:

That sequel, by the way? It’s still unnamed, but Fireproof says it’ll be released later this year. Also, it’ll “take fans of The Room‘s unique game world into an altogether more spectacular place."

If you haven’t jumped on The Room yet, you really should. It’s a brilliant, moody game that not only looks great and tells a really cool story, but it also feels right at home on touch devices. You’ll have a blast.