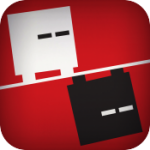 The lub and dub are the two distinct sounds your heart makes every time it beats. Lub vs Dub ($0.99) takes these two sounds and pits them against each other in an innovative endless runner that proves the overexposed sub-genre can still surprise.

Lub vs Dub is set on an ECG, and like any real ECG, large and small spikes appear. Avoid the smaller spikes by jumping, and avoid the larger ones by having your character switch from top to bottom. At the same time, attempt to collect hearts and power-ups. The final score is the distance you’ve traveled multiplied by the hearts you collect, and since hearts are harder to earn, they’re worth more. It’s risky to collect hearts, but it pays off in the end.

The resulting gameplay is hectic and twitchy. Background colors change and the music pulsates and it’s all a lot of fun. 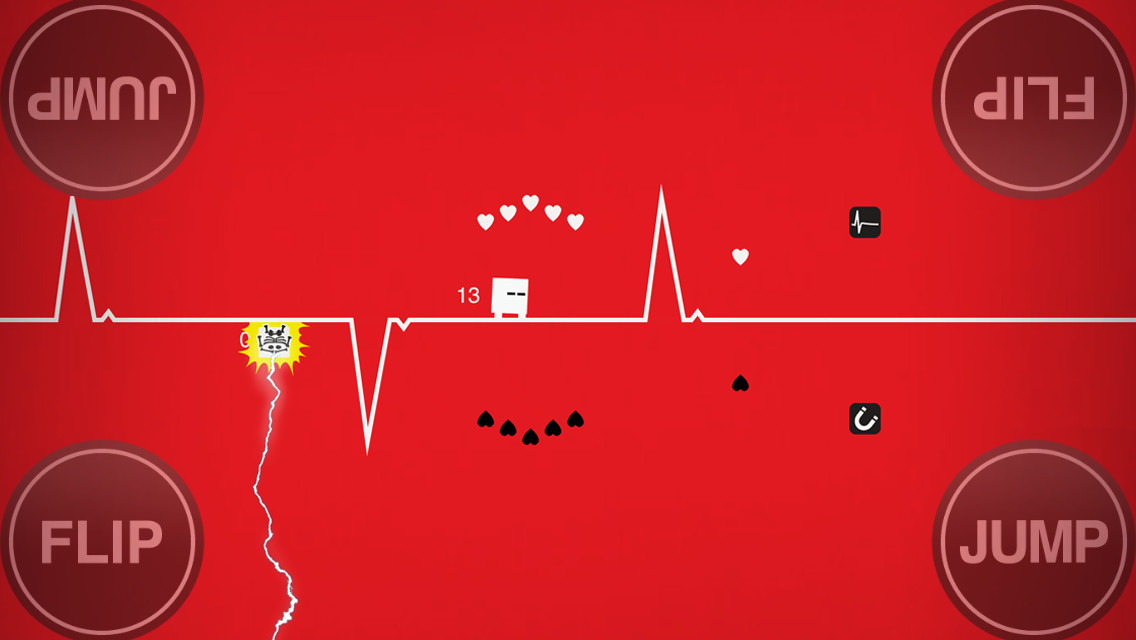 But what makes this game truly special is the shared screen two-player mode. Both players hold one side of the phone, and attempt to get 50 points by collecting hearts and avoiding spikes. If the single player is hectic, the two-player mode is insane. There is a real feeling of play to sharing your iPad, or, if you and your friend are really close, your iPhone like a Ouija, and trying to make sense of the screen while making it harder for your opponent.

The graphics are clean and attractive. Considering how busy the screen can get in some heated multiplayer matches, choosing bold primary colors that contrast with the characters was a smart decision.

The only problems were small. To pause the game, you touch the center of the screen. But power-ups are activated by touching near the center of the screen so in the heat of a game, I’d often activate the power-up and pause the game at the exact same time. And the game doesn’t allow screen flipping, which makes sense in multiplayer but would have been nice in single player. It’d be nice to see these issues fixed in an update.

Lub vs Dub won’t set the world on fire. It is, after all, still a runner in mid-2013 on an iOS marketplace with tons of games packed with innovation. What it does is small, but it does it very well (sans IAP, natch).

The runner clearly isn’t dead yet. Lub vs Dub proves the genre’s heart beats louder and faster than ever.