Last year when Worms 2 Armageddon hit the App Store, we made mention that it felt a lot like Worms 1.5 in that they basically took the first game, added a few things, and slapped a “2" on the box. That’s sort of true for Worms 3 as well, except this time around the feature list of new things feels far more substantial than previous installments. 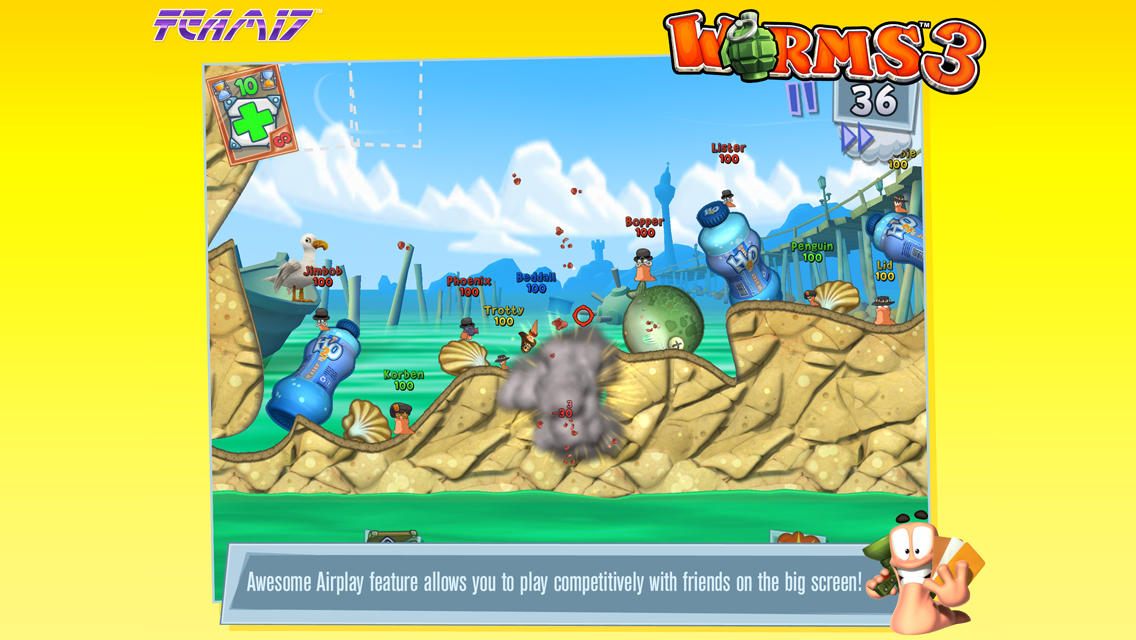 Designed “exclusively" for iOS, this Worms brings a welcome D-Pad control system which seems like it will go a long way to avoid those irritating wasted turns from fat-fingering touch gestures. Additionally, a buff system has been added which allows players to collect cards to form a deck full of available power-ups.

Customization has been increased as well, with new ways to visually deck out your worms as well as a class system which makes each worm play slightly differently. Of course the best way to play Worms is multiplayer, and it Team17 didn’t skimp this time around. Aside from full online asynchronous play (both in “friendly" and “ranked" modes) there’s also some really slick AirPlay functionality for playing locally with up to four players on the same device while broadcasting the battlefield to your Apple TV.

We’re going to dig deeper into Worms 3 for a review in the not too distant future, but, in the meantime, if you’re a diehard Worms fan you should probably just pick this up when it hits tonight at 11:00 PM Eastern.