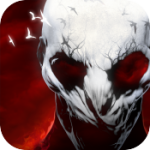 Late last year DeNA and Scattered Entertainment announced that they had a free-to-play first-person shooter in the works called The Drowning (Free), and following its soft launch in New Zealand back in April the game has graduated to a full release and is now available in App Stores worldwide.

One of the key points about The Drowning was that it aimed to create a first-person shooter for the touchscreen with controls that were superior to the virtual stick and buttons used in most FPS games. With the touchscreen in mind and some clever implementation, they definitely succeeded at making a viable, new way to control an FPS on mobile. Whether or not this scheme is truly better than the best that’s currently out there will come down to personal preference, but it’s commendable that Scattered was able to come up with something that works so well. General Manager of the studio Ben Cousins explains how it works in the following video.

The other major point about The Drowning is that it’s a free-to-play game. Of course free-to-play is a hot button issue for many people, and we explored both it and the game’s unique control mechanics in a TA Plays video with the soft-launched version of the game. The result was that the controls actually worked really well and the IAP system shouldn’t hinder your ability to play in an overtly negative way, though it’s definitely always up in your face. Of course that was an early version, so things could have changed since. One nice new bonus of the worldwide release version is that it’s Universal now rather than iPad only.

So hey, if you’ve got a hankering for some post-apocalyptic zombie blasting, junk collecting and vehicle building, or you’re just interested in checking out the unique control scheme, give The Drowning a try for free or check out what people have been saying in our forums since the soft launch earlier this year.