I like trivia games, but I’m not very good at them. Let me rephrase that: I’m only good at pretty specific categories of trivia. Like, I can hold my own with Television and Movies, and crush it at The Simpsons trivia. I’m not too shabby at Sports trivia, either. But throw some World History, Classic Literature, or about 90% of whatever happens to be on Jeopardy any given day and I’m not going to do so hot.

That’s why this new trivia-like game called Sortle caught my attention. It’s not exactly about knowing specific answers to questions, but more about how certain things relate to others in practical (and sometimes absurd) ways. It’s the kind of game that is geared for people with insane amounts of useless knowledge, and let me tell you, I excel at useless knowledge. 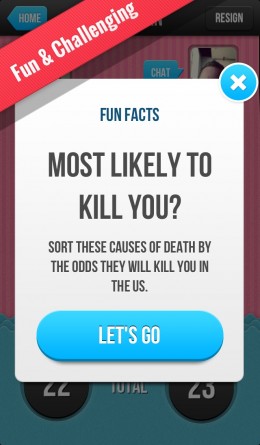 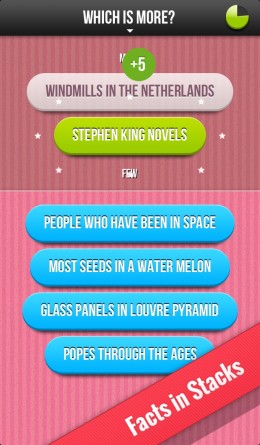 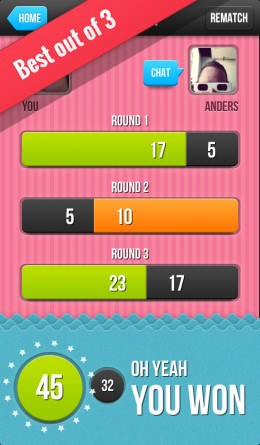 In Sortle you’ll be asked to actually sort various kinds of things based on certain criteria. Like, say sorting a group of celebrities based on foot size from largest to smallest, or sorting historical events based on which ones happened first. During a round, either an AI or real life opponent will choose an item, then you’ll choose the next item to be sorted in relation to the first. Your opponent then goes again and you take turns until all items are sorted.

What’s cool about this system is it means you don’t necessarily need to know very specific things to be competitive. You might just know that Jack Nicholson is older than George Clooney, without knowing either’s actual age. Or that the steam engine precluded the cotton gin, even though you don’t know the specific dates of either one. This also gives you a good opportunity to just flat out guess if you don’t know the answer, something I can appreciate.

Another thing about Sortle that has caught my attention is that it’s from the design-centric developer Color Monkey, who you may know from their awesome pinball title Revenge of the Rob-O-Bot ($2.99). Games like Letterpress (Free) have shown that putting effort into design and usability can go a long way towards being able to enjoy a great game idea even further, and I expect similar good things from Sortle. Keep an eye out for more details in the near future.