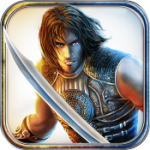 Ubisoft ruined my well-laid plans. I intended to open this review by passing around a box of tissues and regaling you with a sob story about how Ubisoft trampled all over my childhood and by reshaping one of my favorite platformers using shoddy touch-based controls. I thought that’s how this would play out, I really did. Well, take a bow, Ubisoft. You proved me wrong.

Prince of Persia: The Shadow and the Flame ($2.99) is a remake of the MS-DOS classic of the same name, minus the “2" in the title of the original. Well, “remake" isn’t quite accurate. Prince of Persia Classic was a one-to-one rebirth of its namesake: same level layouts, same traps, same goal, but with new art assets, a few new enemies, and cool new acrobatics for the Prince like wall jumps and backflips. 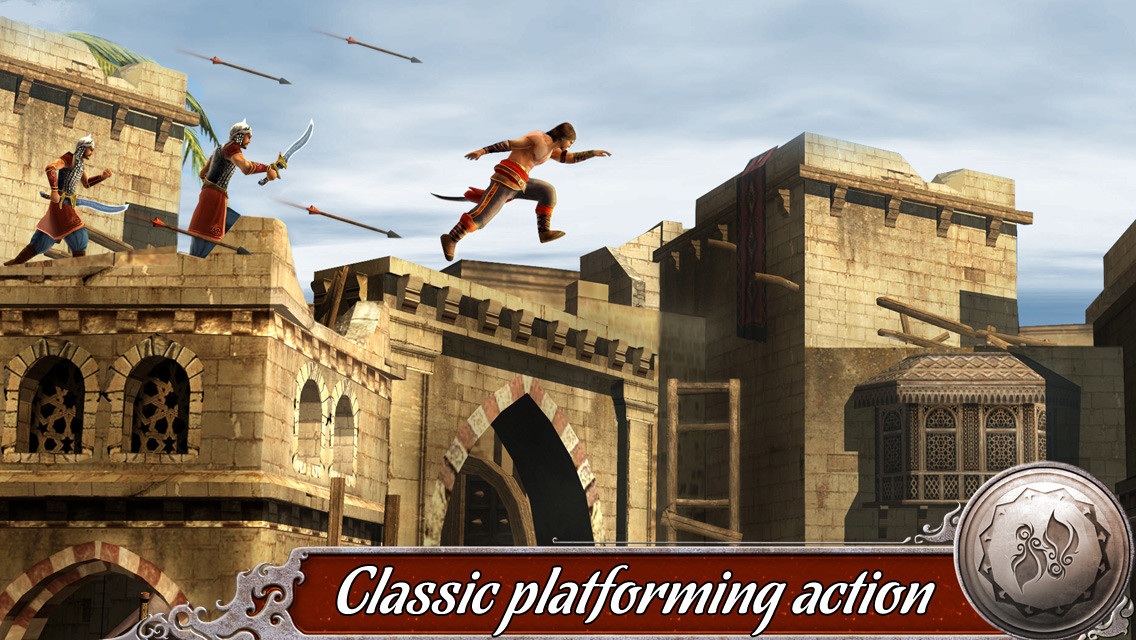 Shadow and the Flame is more of a “based on the novel" reimagining. The gist of the game remains the same: Drawing from a repertoire of jumps and swashbuckling, you traverse a series of caves, ruins, and temples on your way to a showdown with your old nemesis Jaffar, who has returned from the dead and usurped your identity and throne. The original Shadow and the Flame enforced a strict time limit to finish the game, just like the original PoP and the Classic remake. For this go-round, Ubisoft did away with the clock and put the spotlight squarely on exploration.

And I’m happy to report that the ambulatory movements required to explore Shadow and the Flame‘s sprawling environments handle nice and tight. You can use virtual buttons to move around, but why on earth would you? No, the excellent gesture-based controls work much better option. Swipe the left side of the screen to run, swipe up on the right side of the screen to jump while running, and swipe up and down on the right half of your device, while standing still, to climb up and down ledges.

Simple, right? Yes indeedy, and responsive, too. Our fair Prince has kept up his workout regimen since PoP Classic last year. He can flip, roll through tunnels and under scythes that slash out from wall slits, vault from the lip of a ledge to the other side after a short (one step!) running start, and perform new combos that, depending on how you cap off a sequence of strikes, restores life, pushes enemies back, or deals extra damage. Some moves such as walking require you to hold a button while swiping, but it’s only one button, so no tissues necessary.

Ubisoft did slip IAP into the game, as they did the iOS version of PoP Classic. You can buy revival potions to revive near to where you died, elixirs to increase your maximum health, health potions that give you a pick-me-up whenever you may need it, and swords and combo upgrades to give you an edge in combat. Tempting as those treasures sound, I completed the game without opening my wallet once. You’ll have to do some digging to unearth all the gold and goodies in each level, but there’s no timer ticking away, so take your time and stock up before proceeding to the next stage.

Which brings us to the elephant on the page. Prince of Persia veterans might be wondering, as I did, why Ubisoft stripped out the clock. Doesn’t that make Shadow and the Flame a different type of game? The answer is yes, but it’s also a game more suited for this generation.

Prince of Persia 2 was a great game, but it was also a difficult game. Like, 1990s difficult. There was a sequence where you had to run across three screens of rickety floorboards that crashed behind you, jumping from ledge to ledge until you landed on the back of a horse that spirited you away to the next area. Screw up, and you had to reload and try again. In the caves, you had to square off against a skeleton on a rickety bridge. At some point, the bridge collapsed, and you had to spin around and grab a nearby ledge to keep from dropping into darkness. And there was a spot late in the game where the Prince had to die to progress, with zero indication that death was the toll you had to pay to continue the quest. 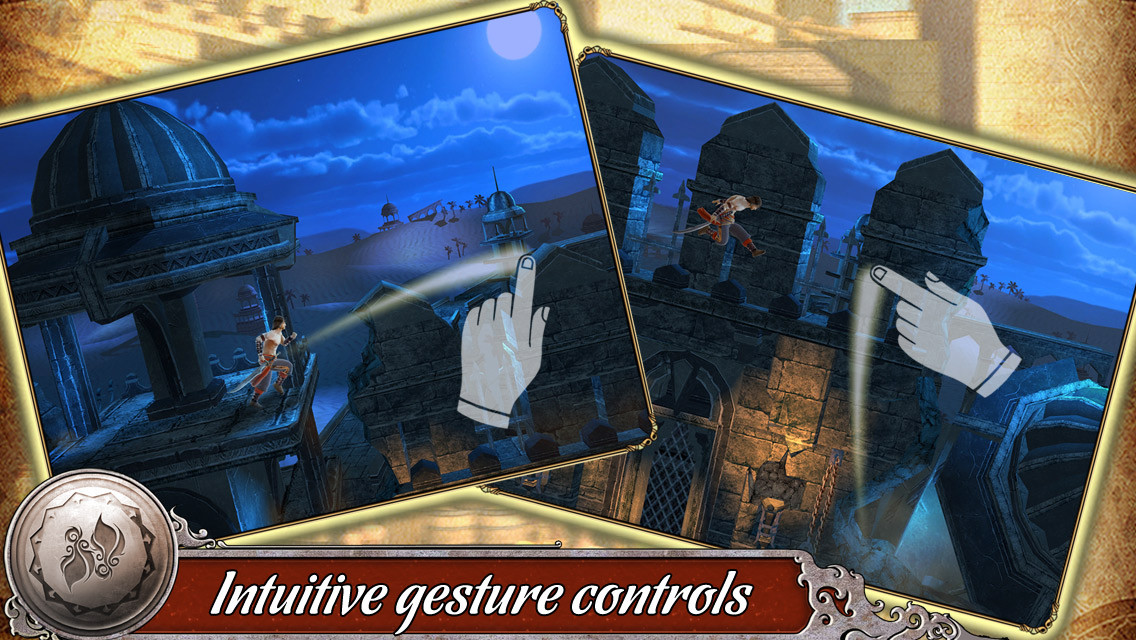 For Shadow and the Flame iOS, Ubisoft axed those sequences, and honestly, it’s for the better. As much as I enjoyed the sense of accomplishment I felt at solving such predicaments, playing the remake drove home the fact that Shadow and the Flame, like so many platformers from that era, was built on a foundation of trial-and-error. Platforming on a smartphone is already enough of a trial without performing a series of picture-perfect jumps that either land me on the back of a horse or required me to reload.

You’ll find some of those elements, like the flying horse and the rickety bridge, in Shadow and the Flame. The way you approach them is just a bit different, and not in a bad way. Ubisoft’s take on Jordan Mechner’s classic platformer is easier than its namesake, and it’s a tad on the short side, although you can replay levels via a world map on the main menu. In essence, it’s less about besting hazards in one picture-perfect take, and more about taking a more thoughtful approach to tricky traps and exploring the sprawling, gorgeous environments.

That is to say, Shadow and the Flame is a Prince of Persia game in every way that counts: You solve puzzles by pulling off death-defying gymnastics using controls that leap to attention at the slightest touch of your finger, and you have lots of fun doing it. Ubisoft dared to leave the rose-tinted glasses at home and made bold changes that prove the Prince of Persia license has lots of life left in it yet.