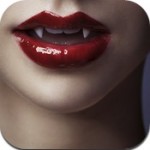 After seeing Jared’s amazing character in Square Enix’s upcoming title, Bloodmasque, Eli and I just HAD to see the game in motion, too. Below, we’ve got an epic playthrough with some of the most ridiculous pictures of ourselves (and a cat) that we could find.

In all seriousness, Bloodmasque is maybe one of the most hilarious games we’ve played in a long time. Though, it’s a “make your own fun" kind of thing. Check out Jared’s preview for a rundown of some of the game’s finer points. Or, hey, you could just grab this when it hits later tonight.