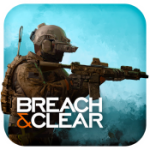 Gun and Mighty Rabbit Studios’ latest iOS turn-based tactical-strategy game – Breach & Clear (Free) – could be so much more than what it is, and promises to be, when… it’s actually finished. With loads of content dangling in your face, locked-aside with a note that simply reads “coming soon," Breach & Clear quickly dipped into the depths of disappointment with me the more I played of it.

Some of you will love the game though- Basking in its gun-porn, load-out & weapon customization, and the  accurately-detailed militaristic style dripping from the game. While I have complaints about B&C’s mission-design, the game handles quite well in the game-play department. Regardless, I found too much to be disappointed about, overall, with its entire package to stay engaged. 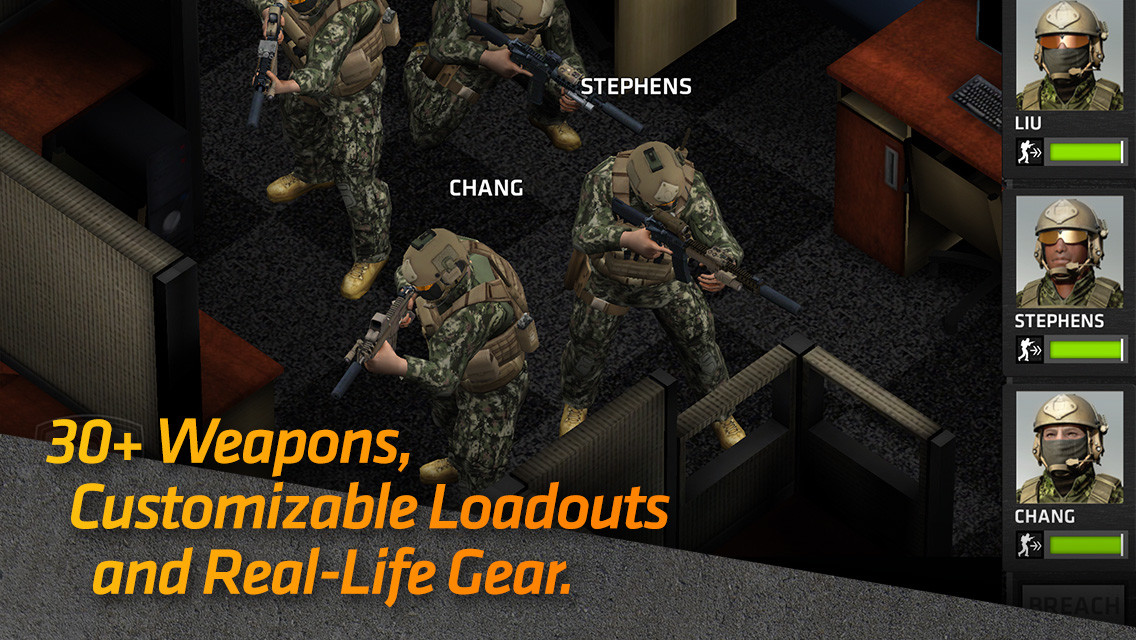 Breach and Clear is sleek. It has all the bells-and-whistles you’d expect from the genre ranging from customizable squads, class-based strategy, tons of upgrades, gear, load-outs, and more. It controls near-flawlessly on iPad. But- …that’s all it has!

As a “mobile game" I’m almost used to the fact that games Breach & Clear lack any type of narrative. Truth is, I was hoping this was going to be 2013’s iOS version of something like Police-Quest: SWAT 2. Instead, I’m forced to fill in the blanks narratively, leaving the experience feeling shallow and tired in progression.

Of the three sort-of-included modes, only Terrorist-Hunt is playable right now as is only 3 of the 5 total missions packed into B&C. Each mission has 5 scenarios to play through, and it’s a bit disappointing seeing “Coming Soon” plastered everywhere on the mission page. It also does not help that Terrorist-Hunt mode quickly reveals itself to be a sometimes boring and often repetitive endeavor, making grinding levels on each your squad-mates – and getting to most of the cool stuff – a chore.

Scenarios are practically re-skins of environments. Environments are chains of rooms, separated by doors in a blank, hollow space ready to be breached and cleared. Firefights rarely required the strategy you’d imagine B&C to offer, even on above-normal difficulty – which sadly is locked behind a star-system, forcing more of the game down your throat. Ultimately, I found the game to feel unrewarding on the tactical-side of things, never really requiring me to do anything more than assigning my squad to breach a door and walk in.

Breach & Clear feels like it’s in Alpha-stage, as it currently stands on the App Store, and that’s not OK with me. I expected a complete project with my purchase. This makes reviewing the game shockingly difficult, as there’s not much here to review, and it’s hard to factor in future promises in grading the game as in this stage of the App Store I think everyone has been burnt at least once by promised updates that never come to fruition. 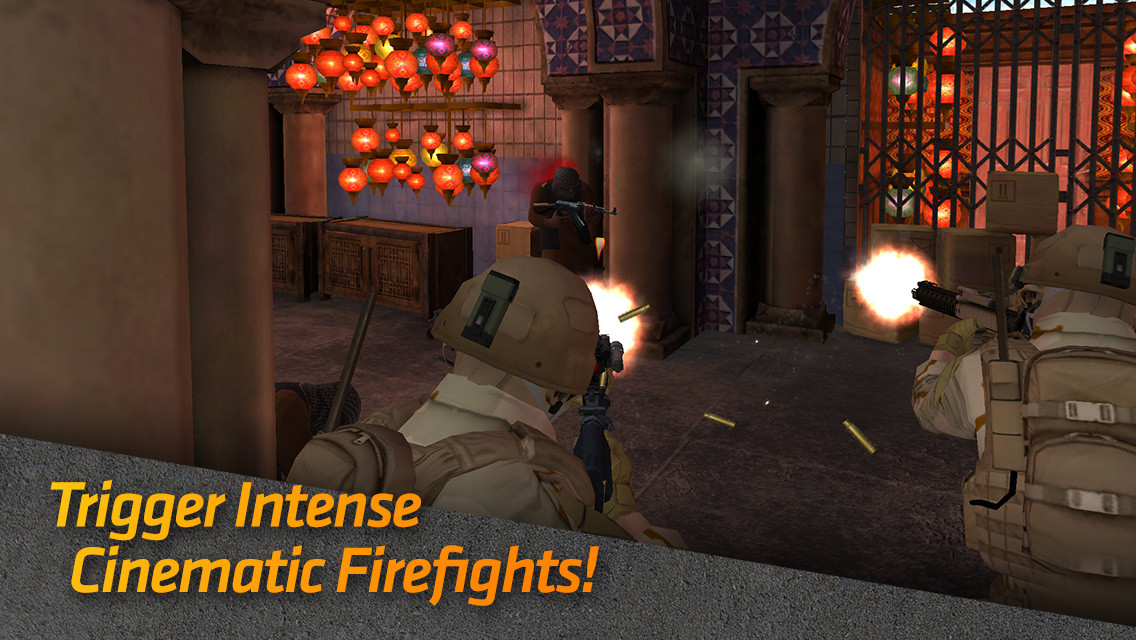 The reason I refuse to swallow its mis-steps so easily is because I respect these developers and know the potential of their games. Mighty Rabbit expects me to keep Breach & Clear on the brain, until the “coming soon” content finally arrives, based solely on what they give us so far. So far, I’m bored, and itching at the skin with irritation from such a soul-less approach to a genre on iOS that, this year, saw the likes of Frozen Synapse and XCom: Enemy Unknown.

If I was more aware of the missing content this review may have been a bit easier to swallow. But expectations are everything, and if Breach & Clear expected what little it gave us to be OK for now… it expected wrong. Sadly, though, some of us also expected the wrong thing. I was one of them.