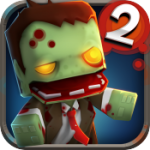 Call of Mini Zombies 2 (Free), the latest by Triniti Interactive, is the developer’s most recent take on the zombie massacre genre. To its credit, it certainly succeeds at offering lots of zombies and plenty of opportunity to kill them. Unfortunately, this is about all the game has to offer as Call of Mini Zombies 2 ends up as a pretty bland third-person shooter.

Like its predecessor, Call of Mini Zombies 2 doesn’t offer much in terms of narrative. Another zombie outbreak leads to a panicked populace and you’re called upon yet again to battle hordes of zombies and save the world. You’ll accomplish this by taking on distress calls, earning money and unlocking/upgrading weapons, which let you take on tougher missions.

As a third-person shooter Call of Mini Zombies 2 plays very much like any other iOS title with virtual controls. One area that tended to give me problems was the fact that simultaneous shooting and movement are a must, meaning that doing both and adjusting the aim at the same time becomes a tangled mess of fingers on the screen. Meanwhile the game’s visuals were also pretty standard with a cartoony aesthetic that’s been done before. 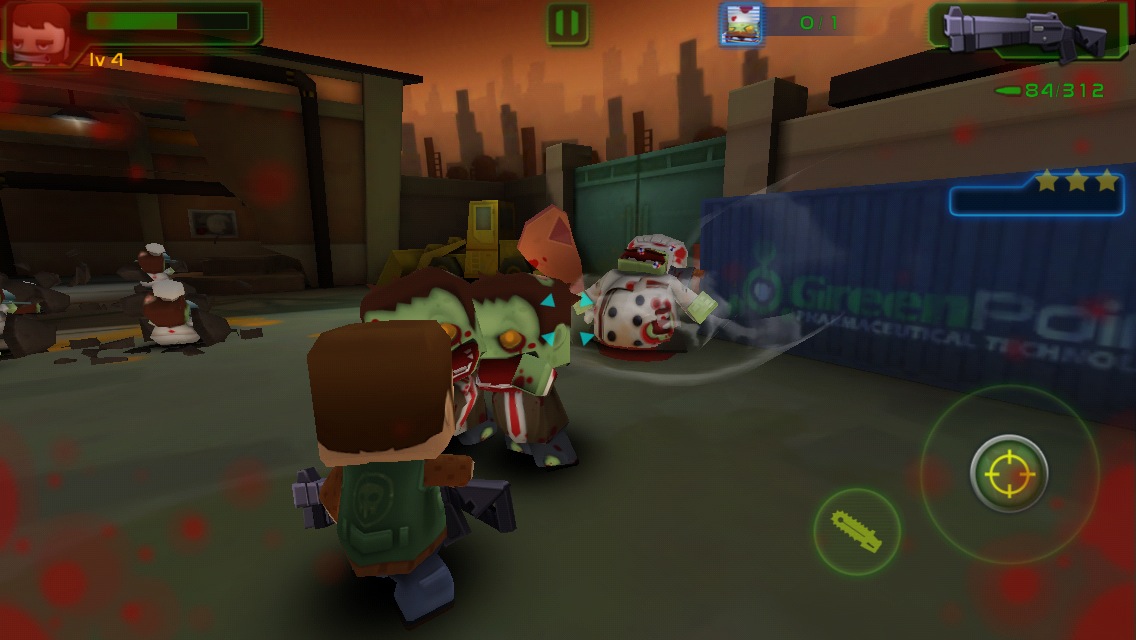 Other than the aforementioned difficulty increases with each successful mission, Call of Mini doesn’t offer anything else as far as new challenges that must be addressed or strategies that can be employed. As such, players will quickly see that the crux of Zombies 2 revolves around grinding money to upgrade weapons, which will allow you to buy and upgrade more weapons to earn more money.

Speaking of money, Call of Mini Zombies 2 employs a standard duel-currency system that has players earning both gold and ‘vouchers’ (premium currency) which are used to upgrade and unlock weapons, improve character stats and unlock new characters to use. A third currency, gems, serves as an ultra-premium currency that is sparsely earned in-game, can be bought with IAP, and is used to quickly obtain more gold and vouchers. It’s a pretty standard freemium system, and unfortunately leads to an excessive grinding experience, especially for a paid game.

Personally, I could look past some of the grind if there was some variety to it, but Call of Mini Zombies 2 is a bit sparse in this regard. The same handful of enemy types, bosses and environments are reused constantly in each mission. While passing missions at least raises the difficulty of the baddies for the next round, there’s not much that can be done with the lack of maps. It all leads to an experience that’s a bit boring, even for games that fully admit to being nothing more than grind-fests. Co-op and multiplayer are slated to come in future updates, but they are sorely needed now to combat the monotony.

As it stands, Call of Mini Zombies 2 offers too much of a grind with too little of an incentive to keep playing. When (if?) multiplayer finally debuts, Zombies 2 might have enough to be worth a download. However, for now, there’s just not enough there except for the most diehard of fans.