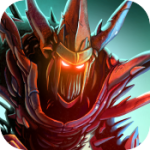 It’s a dream of many a gamer to have Diablo on the go. Unfortunately, Blizzard doesn’t seem willing to accommodate those desires, but plenty of others have stepped up to the plate. The most successful series on iOS has probably been the Dungeon Hunter series of games, but it has taken a turn into freemium that hasn’t sat well with many gamers. With not a stitch of IAP to be found, Iesabel ($5.99) hopes to be the panacea for that group, and for a first effort at this type of game from a relatively small developer, it’s remarkably well done.

Upon starting the game, you’ll have your choice of just two character classes: a male barbarian (who is seemingly voiced by the Cookie Monster) or a female witch. It’s not a very big selection, though the classes are at least very distinct. This option turns out to be a secret difficulty choice as well, because let me tell you, the witch has a much easier time of things than the poor ol’ barbarian does. As you’d expect, the barbarian is a beefy close-range fighter who can equip more powerful weapons and sturdy armor, while the witch is more of a long-range squishy who can use powerful magic to summon minions and rain a little death. 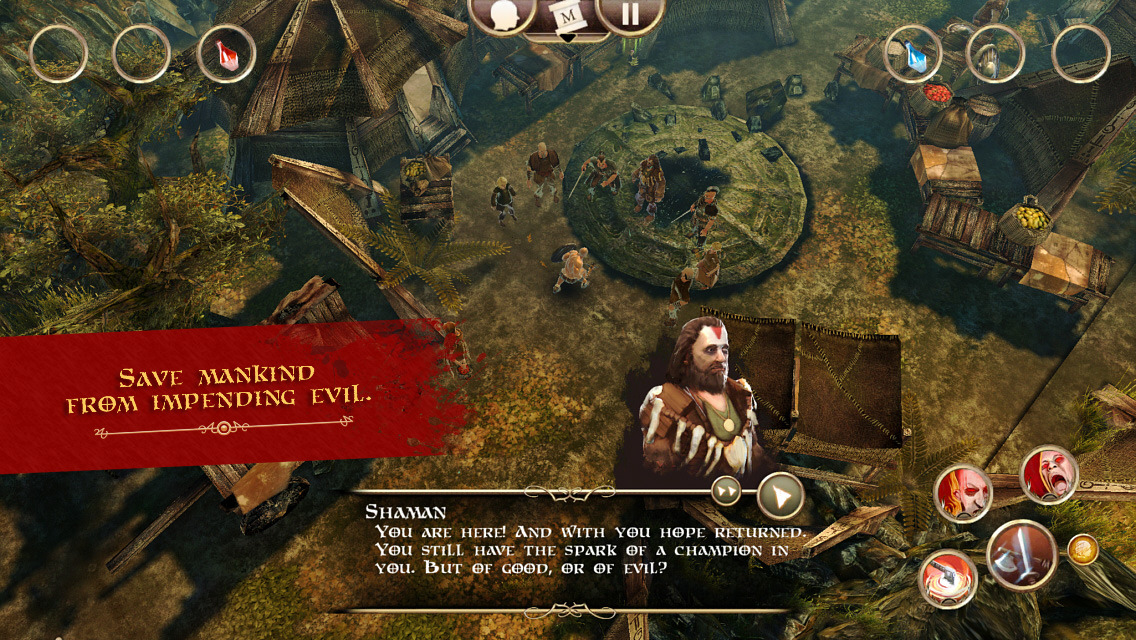 After choosing your character, you’ll wake up in a forest surrounded by dead bodies. You don’t remember anything except that you need to talk to a fellow named The Shaman. The first section of the game is pretty linear, but after finishing a couple of quests, things open up a little more. Quests are pretty much what you would expect for this sort of game, mostly involving talking to someone who tells you to go here and murder that. Sometimes you’ll be joined on your mission by AI allies, but more often than not, you’ll be going it alone. That is, if you opt to go alone. 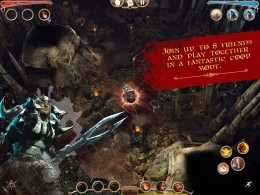 Iesabel supports online play up to eight players, and that is definitely the way to go for maximum fun. Multiplayer works well apart from a hiccup here or there, and it’s a lot more fun (and practical) to take on the enemies with friends. Should you choose to play alone, though, you’ll find the game is still a good bit of fun, but you’ll have to play very carefully if you don’t want to be overwhelmed by the enemy. They aren’t especially intelligent, but they come in pretty deadly mixes and fairly large numbers at times. A brainless basher, this is not.

Your adventure will take you through a pretty good variety of large areas. Sometimes games in this genre feel more like an arena fighter, where you enter a wide open area, fight a bunch of guys who pop in, then move on to the next open area. Iesabel luckily avoids this, opting for more considered map designs with lots of twists, turns, and obstacles, which makes combat a lot more interesting. There are also a lot of treasures and hidden goodies tucked away in various crooks and crannies, which gives great incentive to take the scenic route rather than just making a beeline for the waypoint on the map.

Always a vital aspect of this kind of game, the loot you’ll find certainly passes muster. Between the shops and enemy drops, you’ll come across equipment with a wide variety of stats and effects. That delicious feeling when a piece of epic equipment drops is a staple of the genre, and they’ve done a pretty good job with it here. You’ll almost certainly end up with more cool stuff than you can carry, which is unfortunately an issue at this point in the game’s life. 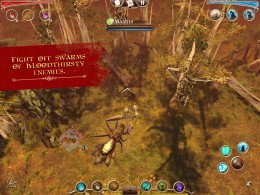 See, for all the good stuff in Iesabel, this is unfortunately a very buggy game that feels, if not unfinished, then certainly unrefined. The game crashes a little more often than I’d like, there are a couple of game-stopping bugs (beware the graveyard), and the UI is really busy and a bit confusing, especially if you’re playing on the smaller screen of the iPhone. The game’s graphics, even at low settings, prove to be too much for lower-spec hardware like the iPhone 4, which I suppose is understandable at this stage. On any hardware, the load times are quite long, so long at times you’ll wonder if the game has crashed (and sometimes it has), and thanks to the game’s opaque auto-saving and complete lack of a manual save, it’s far too easy to lose a lot of progress.

It also oddly refers to a touch-based control method, when the current version only allows for movement via a virtual stick. It should be noted that the developer has already delivered a very quick patch to address some issues, and seems to be on board with quickly updating the app to the best of its ability, but at this point in time, the game still feels very much like a beta.

Adding to that is the game’s short length. You’ll probably finish the game as it stands in under eight hours. Now, that’s not terrible, but this type of game is usually more enjoyable the longer it goes, offering new challenges for your hero as they get more and more powerful. Iesabel‘s current content finishes rather abruptly. The good news is that the developer says they will be adding significant content to the app without any extra purchase, but in the here and now, you’ll probably see most of what Iesabel has to see offer before your weekend’s even up.

The game is very promising, though, and I feel confident the developer is going to see it through to its potential. What’s here is great when it works, and it’s a wonderful thing to buy an app and know you’ve got everything, lock, stock, and barrel these days. People in our forums are really enjoying the game, apart from the bugs, and if you need some hunting buddies, look no further. I hope a year from now we can all look at Iesabel as a landmark hack and loot title, but at the moment, it’s a lot of promise with just enough delivery to make it worth your while and not an ounce more.

EDIT: The developers managed to get an expedited patch through Apple just prior to this review being posted that addresses many of the technical problems outlined in the review, including a critical issue in the graveyard. As such the rating has been adjusted to reflect that. Our apologies for the unfortunate timing of the post, which happens occasionally with the fluid nature of the App Store.