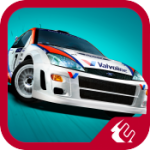 Now this was a heck of a surprise when I jumped on to the forums the other day and saw that Colin McRae Rally ($2.99) was available on iOS. I rubbed my eyes and stared at the screen, thinking that the information was too good to be true and that someone must have spiked my cereal but no, it was right there, App Store link and all.

I quickly hurried off to the TouchArcade Command Center to see if anyone had laid claim to this title, thus securing the right to review and again, to my surprise, it had not been assigned. Being a huge Colin McRae series fan, I jumped on it and got to downloading, whilst gibbering away in tongues, all misty-eyed at the familiar screen grabs. Once the digital dirt-racing goodness had been downloaded to my iPad, I eagerly swatted the icon to open up what was, to be honest, a rather half-hearted reboot.

Colin McRae Rally isn’t simply a port of the original PlayStation title. The game takes its design cues form the later 2.0 version but has been severely limited for iOS. There are only three environments (each split into two rallies, so six, if we’re nitpicking), Australia, Greece and Corsica and four cars to play with, compared to the ancient, yet still brilliant offering for PlayStation. And to top it off, the ability to set up your car’s handling characteristics for the various environments has been left on the cutting room floor. 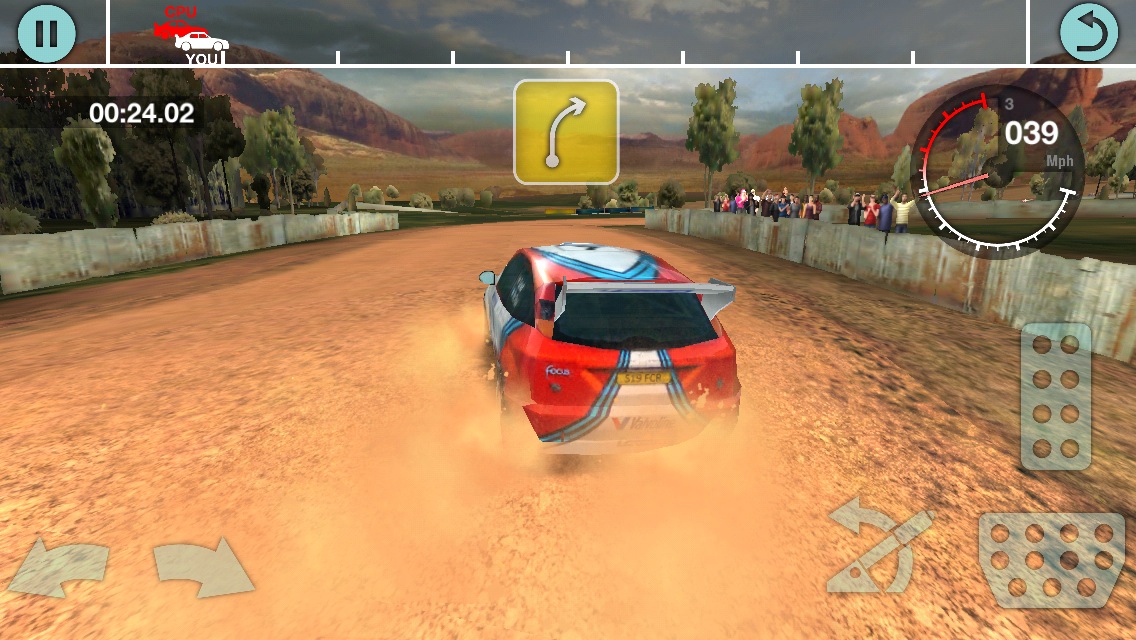 The game is split into several modes; Championship, Single Rally and Single Stage, though the latter two are pretty much useless, unless you have unlocked the stage/s you wish to tackle from within the Championship mode. It’s this mode in which you’ll spend the bulk of your time and it’s split into eight rallies, which consist of Australia, Greece and Corsica rallies and various mash-ups of each, all of course increasing in difficulty.

Colin McRae Rally offers up four cars, just a sample of what was presented in Colin McRae 2.0 but those cars are arguably some of the most revered in the world of rallying. Upon starting out, the only vehicle available is the Ford Focus, but grind your way through the championships and you’ll earn the right to pilot the Subaru WRX STi, Mitsubishi Evo VI and Lancia Stratos. Unfortunately, it sometimes does feel like a bit of a grind, due to the limited number of environments – you’ll find yourself tackling the same stages over and over again and the bad stuff doesn’t end there. 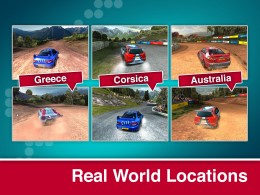 Whilst the graphics are pretty decent and look to have been pulled straight from the PlayStation’s production assets and given the HD treatment, the frame-rate has the tendency to stutter like a nervous schoolkid. For the most part, the game is perfectly playable but there were a few times the frames dropped so low I lost control of my car and careened into the nearest tree. There was an update that was released shortly before I sat down to write this text that was supposed to address the issues (as well as touch control bugs that some users were experiencing) but in the case of my iPad 4, it seemed to make no difference. I must reiterate, for the bulk of my time playing this game, the frame-rate was acceptable – whilst certainly not a solid 60fps, it did a decent job of conveying the speed and physics – which brings me to the positive points.

If you’ve played a Colin McRae game before, particularly the first two iterations on the PlayStation or PC, you’ll be pleased to know that the iOS version retains that perfectly balanced physics model. The cars turn, slide, shake, rattle and roll beautifully and touch controls haven’t hindered the experience too much, if at all. If you’re a fan of precise analog input, Colin McRae has you covered there with the option of tilt steering, but I always found myself more at home with the on screen digital controls.

The game handles identically to the PS offerings and while that may be a bit of a challenge for anyone who has yet to sit in the cockpit of a virtual rally car, stalwarts of the genre will be right at home and probably even find the game a bit too easy, at least for the first few championships. There are two camera views on offer, behind the car and hood, the latter being my weapon of choice. I did find the gameplay to be smoother when played via the rear external view, but at the expense of precise car control.

Along with the spot-on car physics are the quality sound effects that brilliantly convey the piston pumping and gravel scraping characteristics of a high powered dirt machine and Nicky Grist is back in the co-driver’s seat to do his best to make sure you don’t meld your motoring metal with large, inanimate objects.

In summary, Colin McRae Rally is a good game but with the series’ heritage, it should have been a fantastic game. Perhaps the reason there wasn’t a major fanfare about the iOS release was it was just cash-cow milking experiment. Despite the cut-down size and lackluster frame-rate, Colin McRae Rally will provide a few hours of shifting and drifting fun times and at this stage fills a rather wide void in the App Store’s rally game department. It’s just a shame we didn’t get a more, for lack of a better word, complete rally racing experience. Oh well, at least there is no IAP.