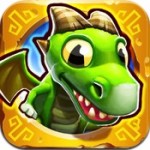 It’s been over a year and a half since last we checked out Siegecraft ($0.99). A joint venture between BlowFish Studios and Crescent Moon Games, Siegecraft  was a simplified casual RTS that looked good but didn’t offer much in terms of tactics or gameplay.

That changes with the series move to tower defense. With a beautiful graphics system, plenty of towers and an excellent multiplayer concept, Siegecraft TD ($0.99)is a great tower defense title that simultaneously keeps to its genre roots while attempting to accomplish something more.

The first thing you’ll notice when firing up Siegecraft TD is how nice the entire game looks. Built on the Unity engine, Siegecraft TD offers a variety of different graphics settings for showcasing it’s fantasy-esque visual style. In addition, the graphics engine allows players to zoom, rotate and shift the camera angle in any way possible. Are heightened visuals and an impressive camera system essential for a tower defense game? Not particularly, but it’s nice to play a game in the genre that takes its visuals seriously. 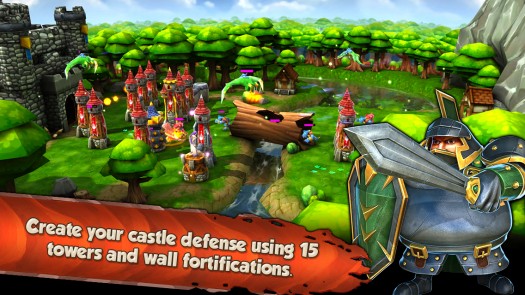 Thankfully, Siegecraft TD is more than just a pretty face. The game’s campaign features 20 levels, with some acting as supplemental ‘endless’ modes for score aficionados. Gameplay, meanwhile, is pretty traditional for tower defense. Most levels are structured in a Fieldrunners sort of way meaning that players use their own towers to create paths for the enemies to run through. However, later levels add some strategy to the mix such as multiple entrances/exits, altitude differences, bridges and so on. A dual difficulty system rounds out the campaign, although I found the easy difficulty to be a little too easy.

Overall, Siegecraft TD plays it safe when it comes to the core gameplay. Towers are pretty standard with a three-upgrade system and each tower falling within standard categories such as AoE, Long-distance, High Power/Low Rate of Fire, Slowers, and so on. While the game employs a simple experience system to govern the unlocking of towers, there aren’t any other features such as items, heroes, or talents/traits. That’s not to say I didn’t enjoy playing Siegecraft TD, but there isn’t much here that hasn’t already been experienced. That is, until you get to the multiplayer.

Where Siegecraft TD really differentiates itself is with its multiplayer. Up to four players can participate in an asynchronous turn-based battle for supremacy. Each player starts in a region with their home castle on it and takes their turns in two phases. The first phase has you defending each region you own from a pre-set number of waves. Assuming you get through the waves with some sheep left, you move on to the second phase. During this part of the turn, players can perform a variety of functions such as recruiting and sending knights to other provinces (which aid in claiming more provinces), and building structures that can aid in your offensive or defensive capabilities. Once all players are finished, the first phase begins anew with harder waves. The last player standing wins the match.

While multiplayer sounds a little complicated, I’m a huge fan for what it has to offer. It does a great job combining standard tower defense gameplay with turn-based strategy elements. I also think there is a lot of potential for epic battles as there’re enough options and different moves for players to actually tailor their play-style to the type of war they want to wage. Of course, multiplayer is only as good as the player pool, but I sincerely hope this takes off.

As a tower defense game, Siegecraft TD does a good job with its established gameplay and decent visuals engine. Toss in its great multiplayer system and it becomes a game that really stands out. It’s not very often that a game manages to take standard tower defense mechanics and incorporate them into something greater. I think Siegecraft TD manages to accomplish that with its multiplayer and makes it well worth a recommendation.