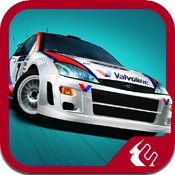 Here’s something of a surprise this week. The 1999 PlayStation rally racing classic Colin McRae Rally 2.0 has been remastered and re-released for iOS devices as simply Colin McRae Rally. The Colin McRae Rally series has long been the standard for rally racing games, and you may know it as its more recent rebranding as the Dirt series. While this iOS version seems mostly based on the 1999 sequel, it appears to have been given quite the visual upgrade, along with other bonuses like a tilt-steering option and Game Center integration.

I remember playing the original back in the day, but not so much so that I can tell specifically what’s the same and what has been changed. What I can tell you, however, is that after spending just a little while with Colin McRae Rally this game is heaps of fun. Rally racing by default features lots of drifting, jumps, and hairpin turns, and that’s all intact here.

But man, is it ever hard. One minor slip up can cost you dearly, and all the vehicles feature real-time damage that will affect your performance as you play. Really learning the tracks and how to control your car is paramount to being successful. This is one of those racing games where you have to, like, brake and stuff. Just be prepared to have your skills really tested. (video removed, please enjoy a generic App Store screenshot). 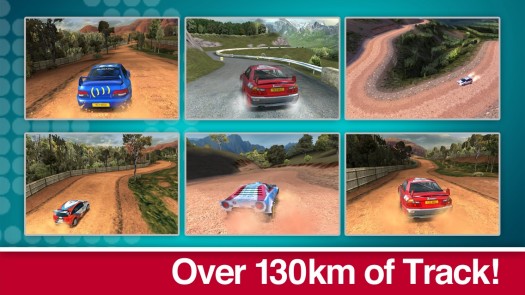 Let me bring up another point: I’m not so sure how well this game fits the mobile playing style. The game features real-life courses, some of which are incredibly lengthy. It seems to handle interruptions well enough, but sometimes a phone call or other distraction can really interrupt your focus during a long race. That’s really a problem with any iPhone game, but it also shows how different a game originally designed for console play can feel compared to mobile-first games.

Aside from those minor quibbles, Colin McRae Rally is pretty awesome so far. It looks great, controls well with either touch or tilt, and has a ton of races to complete in its single-player campaign. There are only 4 different vehicles, but the way I look at that is that it will be easier to really learn the ins and outs of each. Got to find the bright side sometimes, you know? If you’re interested in hitting the dirt then add Colin McRae Rally to your TouchArcade (Free) app to get an alert when it hits the US App Store later tonight, and check out what the forum goers have been saying for some more impressions.