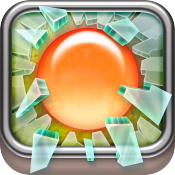 Here’s a question: How in the world does a puzzle game generate buzz in a world dominated by ‘match 3’ games? Well, you can either stand out via presentation, or stand out via quality gameplay. Quell Memento ($2.99), a new Sokoban-style puzzler available on the App Store, tries to do both.

On the gameplay side of things, Quell Momento makes a…lacking first impression. There are a lot of nuances to Quell Memento’s seemingly simple gameplay, including portals, color-changing orbs, one-way passage ways, light-refraction mechanics, power-switches, and about a half-dozen other modifiers that Quell is more than happy to teach you about.

On one hand, I appreciate that. Puzzle Quest had a pretty decent tutorial, but once you got invested in the dungeon building mechanics, things got pretty confusing, pretty fast. On the other hand, after putting five hours into Quell Memento I still feel like I’m in the tutorial. Typically the game introduces a mechanic, teaches it to you, then gives you four or five puzzles to use it before introducing a new one. Eventually the mechanics combine and the puzzles become increasingly complex, but I’ve yet to have my mind totally bent around backwards, which is something I was looking forward to after seeing all the different mechanics I’d be dealing with – though to be fair I have quite a ways to go. 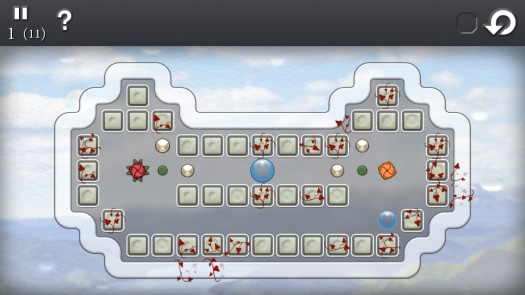 An equally important portion of Quell Memento’s overall package is the presentation. Not content to just be an above average puzzle game, Quell tries something a little different, opting to wrap the puzzles in a loose but touching narrative that claims to be about re-discovering the memories of an old man. Quell Memento goes straight for the heart strings too, borrowing more than a few pages from Braid’s book in regards to how quality somber piano music and cryptic life lessons can make literally any video game seem a little more profound than it really is. Quell Memento features a decent amount of voice work, spoken by a raspy world-weary man who doles out little life lessons and reflects on his life of regret. The voice-overs are cool, though sporadic. Certain levels are tied to various chapters too, so the “A cold heart" chapter features puzzles centered around ice, the “Ray of Light" chapter involves manipulating light sources, and so on.

On this front, I’m sorry to say Quell Memento doesn’t quite put all the pieces together – yet, anyway. It’s possible that Quell Memento is doing the slow burn thing, but alas the attempts at poignancy strike me as a noble effort that, with another try or two, could approach profundity. The nature of a puzzler, especially a puzzler with the depth of Quell:Memento, is ripe for an abstract, mind-bending journey, littered with symbolism and subtext. But as it stands, Quell Memento‘s narrative aspects feel like the master thesis of a talented but unsure student filmmaker, who, with a couple of more cracks at the bat could really knock one out of the park.

Quell Memento may not knock it out of the park, but it’s a solid minor-league triple.  Like the folks on the forums, I’m enjoying the heck out of the game, it runs pretty wonderfully on my near ancient iPhone 3GS, and is simply a sight to behold on my iPad, too.  While not perfect, – the somewhat drawn out nature of the early stages of the game can be a little boring for folks who pick up on this sort of thing quickly, Quell:Memento is certainly worth checking out, especially if you like a little personality with your puzzlers.