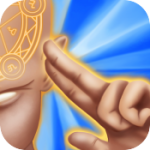 We called it whack-a-mole, back when I was a raid healer in World of Warcraft. It’s been a while, but I’ll bet things haven’t changed all that much. You watch a screen of green boxes slowly deplete, and do your damndest to tag them with heals as they drop. Whack – a heal-over-time on the off-tank. Whack – a big heal on the main tank. Whack – a last second save for someone squishy. On and on until the boxes stop dropping, you look up, and hey—the boss is dead.

If you ever want to get that experience without all the fuss and pressure of actually raiding—to try it for yourself, to get a little practice in, or to remember the good old days, say—Healer: A Light in the Darkness (Free) has pulled it together just about perfectly. All the tension and tedium of healing big raids on the go.

In Healer, the experience of raid healing is whittled down to its finer points. There’s no positioning to fuss about, no interactive widgets to interact with, nothing but pure, clean healing. You’re not the raid leader, so you can’t help your imaginary friends figure out that they should focus fire or, you know, tank better. You just heal. 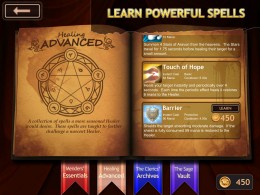 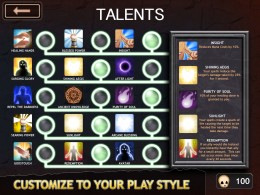 That means watching a screen of green boxes slowly deplete while you do your damndest to tag them with heals as they drop. Heals-over-time, big heals, quick heals, group heals, cleanses—you name it, you’ll have to handle it. It took about ten minutes for me to start wishing for my stable of WoW add-ons, and about twenty to miss having even a single other healer on my team. Being the main healer for a difficult raid is stressful. Being the only healer is just unfair.

It’s not so bad when you have a party of five to keep on top of, maybe a single angry troll trying to take ’em down. With twenty to take care of, things get a little dicier. There’s a lot of tapping back and forth between your abilities and your raid, and not so much in the way of time to breathe. The difficulty curve doesn’t cooperate, either, jumping by great leaps between your choice of five difficulty levels.

If you get to a fight and just can’t keep your team up, chances are you’ll do better if you unlock a better ability or two. These cost coins—earned in-game, not bought. On one hand, no IAP. On the other hand, that means you have to farm if you want new abilities sooner. Joy. Farming in an MMO means a new chance for the thrill of random loot. Farming in Healer means a set number of extra coins into your pot. 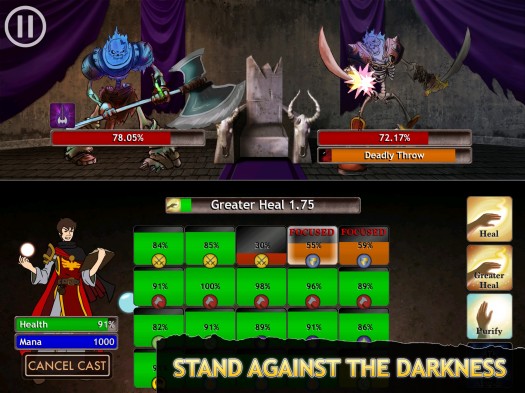 But with each new ability you get you’ll wind up closer to being able to customize an arsenal that fits your healing style. Then you’ll pick up talents to tweak things even further. As you make progress, you’ll fight enemies that are tuned specifically to provide interesting healing challenges. You’ll be able to measure your own success at keeping your raid members alive, avoiding overhealing, and maintaining your mana. It’s a loving tribute to the world of the raid healer.

It could be prettier, sound better, borrow (much) less from World of Warcraft’s iconography. Any of those things would make it a more appealing game. But Healer: A Light in the Darkness has the two things down it truly needs: a sea of green boxes, and the desperation you’ll feel as you watch them empty.