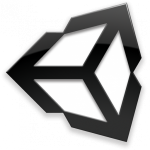 Whether or not you even realize it, it’s a safe bet that you’ve got at least one game on your phone right now that uses the Unity game engine. It’s a really cool development environment that allows developers to essentially code their game once, then deploy it across a ridiculous amount of platforms ranging all the way from iOS devices up to the upcoming Sony PlayStation 4- Often times with either no or very few tweaks to make it work on each device.

In the scheme of game engine pricing, Unity was incredibly cheap at its initial free bundle when coupled with the $800 package license that allows developers to build iOS and Android games… But, $800 is still a lot of money for a indie developer dabbling in game development in their spare time. As of today, it’s all free.

If you want to fiddle with Unity, head on over to the download site. Exhaustive tutorials for anything you’d ever want to do (including tutorials that start with incredibly beginner-level stuff) are plentiful and merely a Google search away. I can’t wait to see what kind of things comes of this shift in pricing.