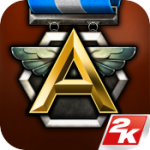 The introduction of airplanes changed the face of warfare. The same could be said of Firaxis‘ entry to the iOS gaming scene: when a Triple-A studio headed by the cherished game designer Sid Meier starts putting out iOS exclusives, you just know things are never going to be the same. Only, instead of bringing about unparalleled death and destruction, this watershed moment marks a new era of quality mobile gaming.

Firaxis has stormed on to the mobile scene: first came last week’s spooky strategy game, Haunted Hollow ($0.99) (see our review here), and later this summer should see the release of the much-anticipated iOS port of XCOM: Enemy Unknown. Sid Meier’s Ace Patrol (Free) completes this strategy trifecta, and is the first iOS exclusive to bear the legendary designer’s name. His involvement shows: Ace Patrol is a fantastic, meaty title well-deserving of your time and gaming dollar.

Ace Patrol sees the player leading a squadron of pilots in World War I, witnessing the infancy of aerial combat. Ace Patrol is a premium game masquerading as a freemium title: the free download serves as a demo and gives you a portion of the British campaign to play. The full British, French, German and American campaigns are unlocked as IAP for $0.99 a piece. 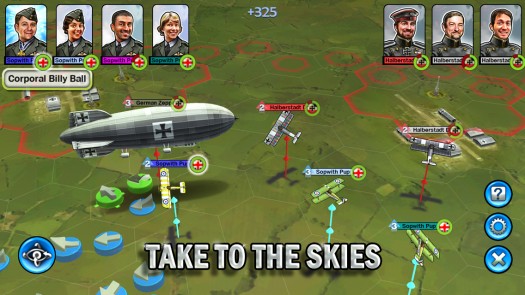 After choosing your nation, you lead your squadron through four of the war’s most famous and bloody campaigns. Each campaign is composed of eight combat missions, drawn from a pool of random scenarios. You are given a choice of three potential missions, tasking you with such varied objectives as assaults on supply convoys, bomber escorts, or air skirmishes. Should you do well enough, the eighth and final mission of each campaign will be a climactic decisive battle.

Since aerial combat is Ace Patrol’s bread and butter, the question is how do the battles play? I’m happy to report that Ace Patrol’s dogfights are awesome. The game is gorgeous and a lot of love went into faithfully rendering the aircraft tearing up the skies over industrial era Europe.

Controlling your pilots is simple, with arrows overlaying the battle map showing your pilot’s potential moves. Your available moves are dictated by a number of factors, including your present altitude (the higher the better), the G-forces your pilot is experiencing (such as if he’s been banking for the last few turns), the type and condition of the aircraft being piloted, and the maneuvers the pilot is trained in. Thankfully, all of this is done under the hood, so all you see as the player is what your pilot can do for each particular turn and whether or not he can hit an enemy. 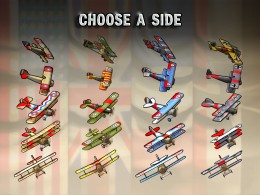 While turn-based dogfights might not sound like the most riveting experience, the combat is surprisingly intense. The game also includes a cool replay function which allows you to watch the results of a mission in real time when you finish it. Ace Patrol’s turn-based battles will have you on the edge of your seat–imagine, your ace pilot is on the verge of downing a bomber that is seconds from its target when suddenly a German fighter bursts from the clouds and right on to your tail. Do you bring down the bomber and risk having your best pilot gunned down, or do you sacrifice the headquarters, loop back and give that bastard a taste of his own medicine?

Difficult tactical decisions are the order of the day in Ace Patrol, and the stakes are high even on the most routine missions. This is due in large part to the consequences of losing an aircraft: when one of your pilots is downed–or even worse, captured as a POW–he can be out of commission for many missions.

The battlefields in the game are surprisingly varied. I mean, all that’s up there is air, right? Well, yes and no. You’ll often find yourself fighting above World War I’s infamous trenches, with bases on either side providing flak coverage. Flak attacks will ravage your planes, so there’s a fair amount of strategy to be had in avoiding enemy anti-aircraft fire or attempting to lure your opponent into range of your own flak guns. Clouds conceal aircraft, making them great for pulling off evasive maneuvers or launching devastating surprise attacks. 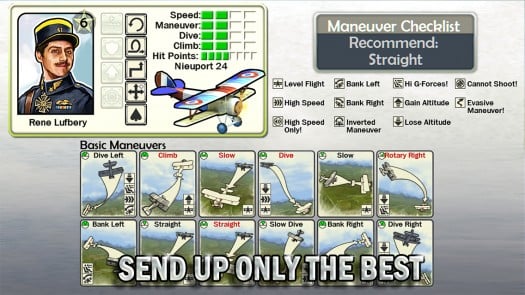 The game is also to be commended on its difficulty settings: this is one of those rare games where the AI becomes smarter, not merely harder, as you crank up the difficulty. Strategy novices and pros alike will find a difficulty setting suited to their skill level.

Outside of the great air battles you’ll spend your time at your airfield, managing your squadron of four pilots. It is here that you rank up your pilots, outfit their planes with items earned in battle, customize your pilots and planes, and upgrade their airplanes as aviation technology improves over the course of the war. Generally you will have two planes to choose from, with one usually focused on speed and strength and the other on superior maneuverability.

Your pilots start the game as the greenest of rookies but will develop into fearsome aces during the course of the war. Treat these four men and women with respect because they’re all you get–when one is out of commission due to injury your roster will simply be down a pilot. Though the game gives you the ability to drop a buck and bring a pilot out of the infirmary, it feels like a cheat to avoid dealing with the consequences of your actions rather than a necessary expense. 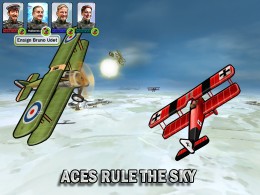 As your pilots rank up they gain access to new maneuvers. These aerial maneuvers come in two flavors: general techniques (such as rolls) that will unlock a suite of similar combat maneuvers; and ace maneuvers, powerful unique abilities like the Immelmann Turn. With a host of techniques and ace maneuvers to choose from, you’re never at a loss for choices when a pilot gains rank. By the end of the game your most skilled pilots might have a dozen or more potential moves to make each turn, and old tricks like tailing your opponent can become traps as he might pull an ace maneuver from his own sleeve, turning on a dime and blasting you out of the sky.

Ace Patrol also sports two multiplayer modes and Game Center support with leaderboards and achievements. As of the time of this review, the online multiplayer isn’t functioning. You can still play the game on a single device in hot seat mode with a friend. Curiously enough, the multiplayer mode is rather limited: you can choose from the different nations you’ve unlocked, but that’s it. You have no control over which pilots you use, their skills, the planes they fly, or even the scenario you play. The game chooses all of this for you. Also, your pilots will always be in the best planes possible with all of the maneuvers unlocked. Hopefully a future patch will give players more options for customizing multiplayer duels. And though we’re unlikely to see it, the option to play through an entire campaign with a friend would be fantastic.

You’ve really got to dig to find something not to like about Ace Patrol. As mentioned before, the online multiplayer isn’t functioning yet, and customization options seem pretty limited. Occasionally the controls can be finicky and on more than one occasion I accidentally started a mission prematurely. Thankfully, once you’re in combat every move requires a confirmation tap so it’s never an issue in the heat of battle. The four nations’ campaigns all play pretty similarly and draw from the same pool of missions, with the only differences between the nations being the airplanes they use and when they become available.

Pay no heed to those who complain about the implementation of IAP in Ace Patrol, this game is an example of IAP done right. Outside of the initial campaign unlocks, the IAP are entirely unnecessary, and you can be enjoying the bulk of the game’s content for as little as a dollar. If you’ve still got the freemium jitters you can always get a second opinion from the TouchArcade community on our forums.

Sid Meier is perhaps the biggest name in gaming, and whenever he puts his name on a game heads are guaranteed to turn. We’ve come to expect a certain caliber of game bearing the Sid Meier label, and fortunately Ace Patrol lives up to the high bar it has set for itself. This is a game with style, substance, and its own great blend of action and strategy, and for now is an iOS exclusive to boot. If you have any love for Sid Meier, strategy games, aviation sims, or just darn good games you’d be crazy to not give this game a shot.

Make sure to leave us a comment and let us know if you think Ace Patrol earned its stripes. Pretty soon you’ll find yourself absorbed in the struggle for the skies over the war-torn trenches of Europe. If this is the future of mobile gaming, let me be the first to enlist.