Back in October of last year we learned that Pixbits, makers of the awesome side-scrolling Minecraft-alike Junk Jack ($0.99), were considering making a new 2.0 version of the game. As the story goes, they had many ideas for Junk Jack that they originally wanted to include but ended up cutting in an effort to support as many generations of iOS device hardware as possible.

With Apple implementing new rules mandating Retina Display and widescreen support for all apps on the App Store, and a new software development kit that cuts support for the oldest devices, it pretty much forced Pixbits hand into creating a new version of Junk Jack that would comply, or risk being removed.

I think, though, that once Pixbits started cranking away on Junk Jack 2.0 things just spiraled out of control in a fantastic way, as yesterday on their blog they announced that version 2.0 is actually a completely new game they’re calling Junk Jack X and it looks like they’re throwing everything they ever wanted including the kitchen sink into this new project. 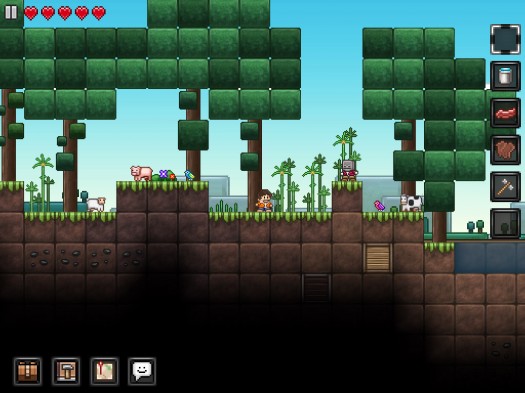 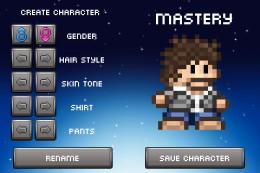 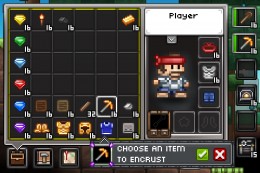 I’d highly suggest checking out their blog post for yourself, as there is just so much new information about Junk Jack X, but let me try to summarize the highlights. It will have online multiplayer through Game Center for two people and local multiplayer for up to four. They’d like to increase the number of players who can play together in the future, and for now all multiplayer is cooperative so you can build and explore with your buddy (but not kill them, not yet anyway).

You’ll be able to fully customize the look of your character with basic stuff like gender and hair styles, but even more exciting is you can further customize him (or her!) using the new functionality of equipping stuff. Similar to an RPG, you’ll have four slots on your character to equip stuff in: head, chest, legs and feet. You can craft items to equip and those will further change your characters look as well as performance, and there’s even a special fifth slot which will be used for bonus items or augmentations.

Probably the biggest new aspect in Junk Jack X will be the ability to visit and build on different planets. In addition to creating and saving one-off worlds like in the first game, there will be an Adventure mode which starts you out in the original world but you can find and assemble a portal which lets you travel to different ones. These new worlds will have different themes, different block types, and different mobs. Once you discover a new world in Adventure mode, you’ll be able to generate the one-off worlds using that theme, and this time around there’s no limit on how many worlds you can create and save. 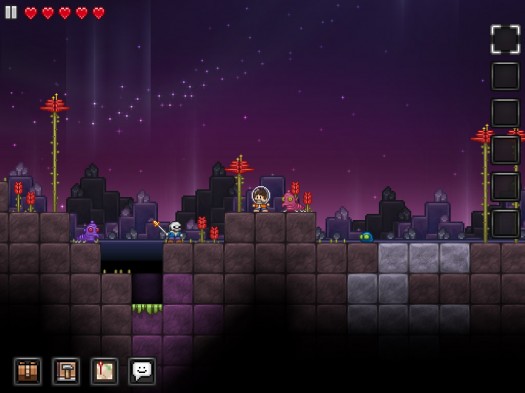 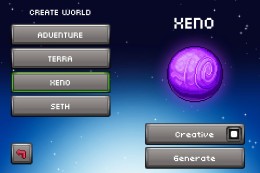 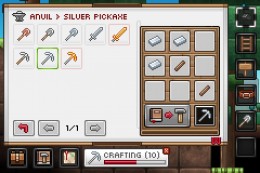 As I said, there’s tons more too, like the addition of liquids, a vastly improved crafting system and craft book, more types of weapons, and a huge upgrade to the visuals. No price has been decided just yet, but one thing that Pixbits says is for sure is that Junk Jack X will not be freemium. Be sure to check out their blog for more, our forums for discussion, and add Junk Jack X to your TouchArcade (Free) app Watch List to get notifications when new stories hit. Junk Jack X is planned for release sometime in the second half of this year.