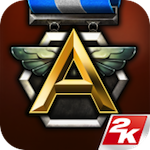 Surprise! Sid Meier’s Ace Patrol (Free), that turn-based WWI aerial combat game we talked about not too long ago, is now available on the US App Store for the low price of $0. What you get with that initial download is the first handful of missions in the British campaign, one of the four campaigns in the game. For a price, you can grab the rest of that one as well as the other campaigns.

There’s some other IAP goodies being offered, too, including new skins and fighters, as well as a get-out-of-jail card, in case your fighter gets captured. I’m beyond tired of describing free-to-play systems, so check out our video to see them in action. Speaking of that, here it is:

Like most of Sid Meier’s stuff, Ace Patrol is pretty rad. We’ve been digging it so far, free-to-play and all. Give it a look.