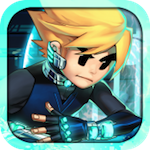 We’re being trolled, right? Maybe? I honestly can’t tell if the titling for this is an attempt to draw interest by capitalizing on a popular brand or just misguided confidence in a product. Either way, Better Than Portal ($0.99) invites a comparison that it can’t live up to in any way, shape, or form. In fact, I’m not going to waste anymore of my time comparing the two because POPS Worldwide didn’t bother to try to do anything remarkable with this game. It is just another run-of-the-mill 2D puzzle game with flat writing, uninspired art, oodles of fail states, and a portal gun. 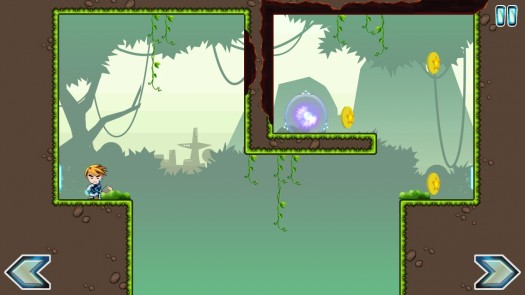 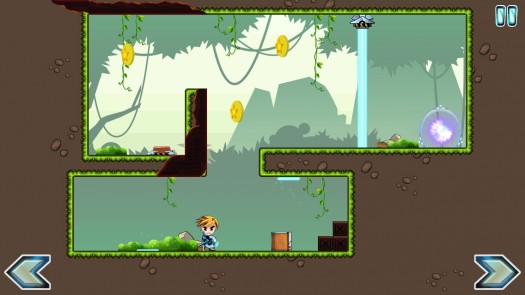 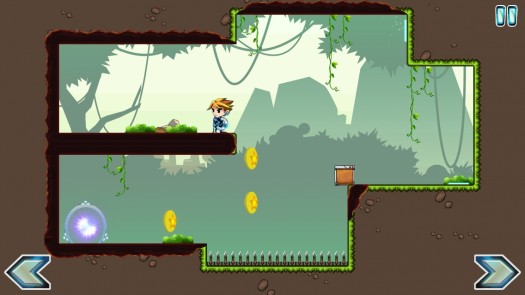 Where the game starts running into problems is in the controls. Simple taps in the world make portals, but there’s just one type of portal, meaning every time you mess up you’ll need to make two brand new portals instead of just one. This is wicked frustrating in a lot of the later levels, as you’ll have to repeat entire sections of a puzzle (or even have to restart) if you accidentally touch the screen while moving your character.

There’s also the issue of just being plain unambitious. The puzzles I’ve seen so far are Standard Video Game type of stuff. Now, the game might take it to the next level in the last two areas, but nothing I’ve seen in the mechanical build-up so far indicates that it will. Regardless, the first hour I’ve spent with Better Than Portal has been lackluster at best.

Anyway, you can see it for yourself today if you’d like. It’s available worldwide right now for iPhone and iPod touch. We’ll continue plugging away, just like the folks in the game’s thread.