Is five different Angry Birds games enough for you? If not, then Rovio has your back this coming Thursday as they’ve announced over Twitter one of the newer spinoff versions of the series, called Angry Birds Friends, is set for release on the App Store. Here’s an accompanying teaser image. 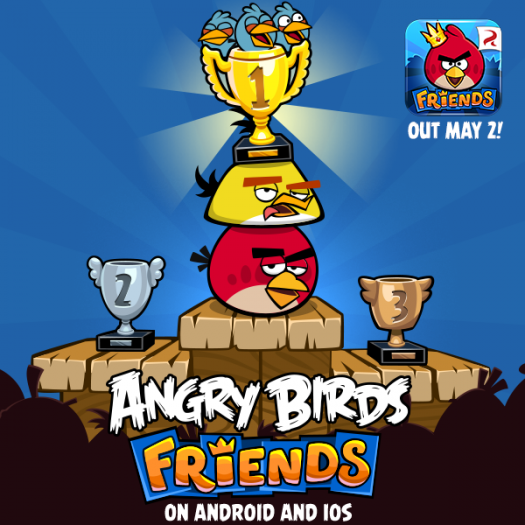 We first caught wind earlier this month that Angry Birds Friends, which began life on Facebook about a year ago and has amassed more than 60 million downloads and 15 million daily users, would be heading to iOS, and now we have a set date for release. If flinging birds with your buddies sounds appealing, keep an eye out for it later this week.