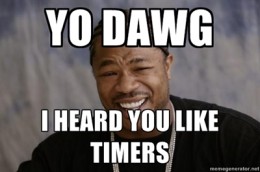 I really want to like Gameloft’s upcoming Iron Man 3 [Free], as I can totally get behind making a unique-ish game that actually feels like a cool little mobile companion game to an upcoming movie which will no doubt be a total slam dunk like the rest of the Iron Man series… But leave it to Gameloft to shoehorn in the weirdest free to play elements. Nearly a gig installed, Iron Man 3 is a behind the back endless runner flyer where you control Iron Man blasting down a highway (and other locales). The game starts by asking you not only if it can send you push alerts, but also if it can have access to your contacts, and the free to play stuff just gets stranger from there.

I feel like by now the behind the back runner freemium pay model has matured decently, as most of these games you know how they’re going to work and how you’re going to pay for them regardless of whether you’re stealing an idol in Temple Run (Free) or running through underground lairs in Agent Dash (Free). Iron Man 3 follows in a similar path, but adds the innovative feature of timers not only linked to each of these upgrades, but also to just playing the game itself. It’s easy enough to say “Well, whatever" to needing to wait a bit before your armor upgrade takes effect, but needing to either wait or pay premium currency to skip repairing your suit between runs seems bananas.

It’s too bad, too, as Iron Man 3 is actually a pretty neat game. The sense of speed is good, the different sections of the game split between flying on the ground and avoiding traffic and flying in the air with almost Fruit Ninja-style swiping to shoot your laser around is a lot of fun- Especially if you even vaguely enjoy the Iron Man universe. It’s just so easy to reach that point where you hit a timer, say, “Alright, nuts to this," and go play a different game.

It seems like Gameloft has taken a really weird approach to the whole free to play thing recently, as the best free to play titles put the actual game in the driver’s seat while the freemium elements are easily within reach in the nearby proverbial cup holder if you want to take a sip off of them. Take Nimble Quest (Free) for instance, you can grind away all day slowly collecting crystals with nothing getting in your way. The free to play road blocks run along side the game, instead of the Gameloft approach which throws very deliberate stopping points in a way that directly conflicts with the specific genre. 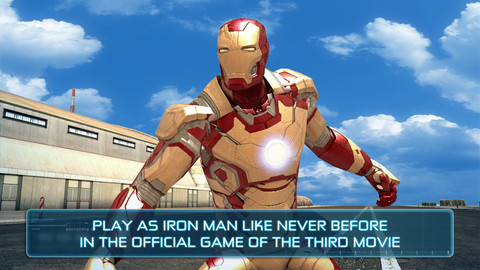 Constantly chugging potions is just what you do in dungeon crawlers, but in Dungeon Hunter 4 (Free), that’s directly gated via a time sink. Similarly, the whole idea behind these endless runners is just constantly retrying… And it feels really weird when you can’t just hit “retry," and instead need to wait for Jarvis to repair your suit. These repair time sinks, much like Real Racing 3 (Free), are mitigated a bit by unlocking different suits (the first of which takes 15 real-world minutes to “build"), but it still doesn’t make the whole thing feel any less gross. Maybe things smooth out as you get deeper into the game, but my initial impressions of Iron Man 3 aren’t great- Which is a real problem in free to pay games where users make that initial “Do I invest time in this or delete it" judgement call in the first few play sessions.

It’ll be out tonight at 11:00 PM Eastern, or potentially way earlier if you’re east of the US App Store region. If you want to be notified when the game is available, add it to your TouchArcade app (Free) watch list. Alternatively, you can just watch the game get burnt to the ground in our forums, which I’m sure will only get worse as the US App Store witching hour approaches tonight. We’ll take an in-depth look at the game soon to try to figure out just how much you have to wait (or pay) to see all the cool stuff Gameloft shows off in Iron Man 3’s trailer.