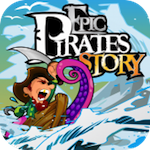 Hold the phone: a new video game with Story in the title is out? Can it be? Is another Kairosoft joint on the App Store so soon after the release of the Sushi Spinnery? Oh no, I’m going to be questioning how messed up my priorities in life are pretty soon, aren’t I? I’m not going to make it to the gym or remember to give my cat her pill or water the plant on my porch or take my fiber supplement because I don’t want to stop playing. Oh, wait, this isn’t a Kairosoft game. It’s from a developer that obviously digs Kairosoft’s telltale mechanics and trimmings, but Epic Pirate Story ($0.99) is definitely not a Kairosoft game.

At the top-level, EPS seems like the same sort of hybrid RPG meets Simulation game that often comes out of the Studio That Built Game Dev Story. But, it’s not, even though EPS does its best to copy every single mechanic we’ve ever seen from a Kairosoft title. It’s more of an RPG than anything else. In the game, you’re tasked with the chore of building up a fledgling pirate village while sending out pirates on quests that’ll net them phat loot and experience points. This is all represented much like it is in a Kairosoft game, right down to your pirates leaving and then you seeing them interacting with chests and coming across monsters on a horizontal strip rendered in the bottom of the UI. Combat is represented similarly, too, tasking you with arranging multiple conga lines of your guys to take out opposing conga lines of bad guys. 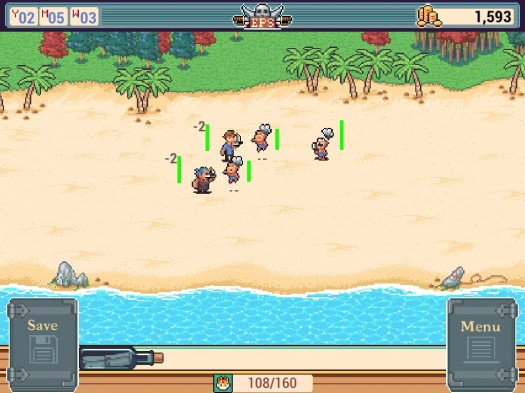 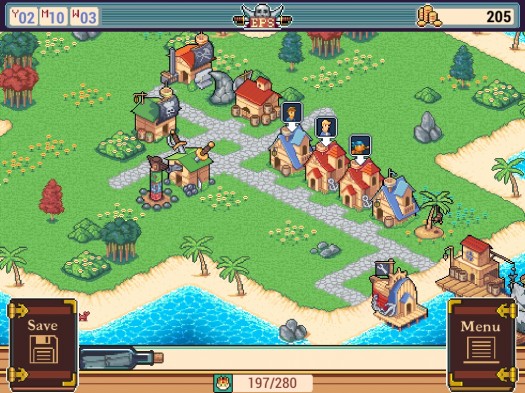 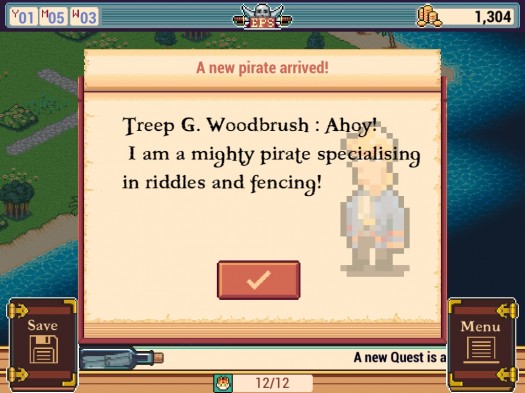 That’s not all, either. Other things that are the same or similar: placing buildings, putting up trees and decorations to bump up property value, equipping weapons and armor, and how your NPCs interact with businesses and give them money.

Where EPS fails to do what Kairosoft does is in the building component. It’s hollow. If you build a blacksmith, you don’t get to buy new weapons from it. Same with the armory. Or the pub. Or the shipyard. These buildings exist only, seemingly, to just bump up the core stats of your pirates. There’s no depth as a town simulation game, then; you never see your town growing, getting more people. Fighting, on the other hand, is measurably better because of the way buildings work. Every single thing you do in the game informs how well your guys perform in the field. Also, loot actually matters, which is something Kairosoft still can’t make work in an ultra-satisfying way.

In the bad column, there’s also the issue of EPS‘s manic difficulty. It spikes and dips all over the place, never quite hitting a comfortable middle ground.

EPS does do some cool stuff, mainly in the loot arena as I mentioned, but also in the visuals department. This game looks and feels like an iOS-native product, which is something you can’t really say about a Kairosoft game.

I’m on the wrong side of the fence about this one. I want to dig it, but it’s not quite there. The building component needs more oomph in particular and I’d love to see a lot more of a separation between what EPS is and what every Kairosoft game does. It feels like an expensive, kinda busted copy at the moment, which really sucks since you can tell that EPS‘s creator Epic Devs LLC has some chops. Maybe we’ll see something original in an update?