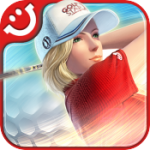 One of the reasons that previewing free to play games is hard is because you never really get an idea of what the out of the box experience is going to be like until you actually download the game yourself. Back at GDC we got a great demo of Com2uS’s GolfStar (Free) but like most of these demos we see, it was a development account with loads of IAP which essentially allowed them to play the game, well, like you’d think a golf game should be played. In actuality, when GolfStar launched yesterday, it was packed with some shockingly gross freemium elements which our forum members were (understandably) having no part of- Which really is too bad, because I was really excited for the game as it was demonstrated at GDC, without all that junk.

The good news, if there is some to be had here, is that Com2uS is listening to the player base. Similar to how Real Racing 3 (Free) saw some timer tweaks, Com2uS is changing up how quickly “hearts" regenerate. See, your hearts are used as that all-too-familiar energy mechanic to rope you into either paying or waiting to play in GolfStar. When the game launched, you’d regenerate one heart every half hour, which is just crazy considering playing a nine hole course burns up five of your hearts. 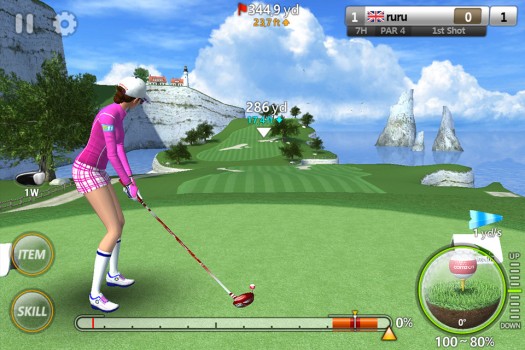 This regeneration rate is being doubled, so it’ll only take fifteen minutes to regenerate a heart. That still doesn’t feel great, but it’s way better than two and a half hours to play another round of golf. So, if you grabbed GolfStar and deleted it because of the timers, or you just skipped the game because of the overwhelming negativity in the forum thread, it might be worth a second look.

Personally, I wish I could just pay $9.99 or whatever reasonable price Com2uS sets for this game and just play it like you’d normally play a golf game. It’s too bad too, as if you stripped away all the freemium offers, ad pop-ups, timers, and other nasty stuff you’d be left with a really radical game with great multiplayer, a cool almost RPG-like feeling of progression between gear and ability unlocks, and a bunch of other neat features.

Fingers crossed for that, I suppose.

UPDATE: Oh, and if you do give the game another shot, Com2uS is doing a free item promotion where if you enter this code on the events screen in game you’ll get some free stat-boosting gear: 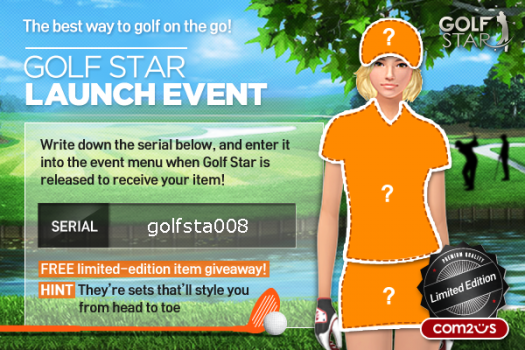