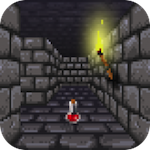 Over the last couple of weeks, we’ve spent a fascinatingly long time bumbling around the world of QuestLord ($5.99), looking for sick quests and even sicker items and equipment. If this isn’t your first rodeo in a first-person RPG, this is going to be a hard one to get your head around. QuestLord leaves a lot of discovery up to you, and it basically lets you do whatever and go wherever. It’s free-form, which is a great point of design, but also one that might be too much for some folks.

If you’re having trouble, we’ve got your back. Recently, we talked to creator Eric Kinkead about some secrets, basics and strategy of QuestLord. He had a lot to share, and we think we’ve got an awesome package of tips below for newcomers.

Expect to get lost

Feeling underprepared or overwhelmed are common things in QuestLord. Embrace it. Kinkead says the key to orienting yourself is talking to the folks you stumble across. If you do you’ll learn more about the world and pick up valuable quests along the way.

The map is your friend, as we’ve learned. Green check marks appear where quests were given, while yellow chalice appears where the quest has a completion goal. “The player will need to keep track of these themselves; no spoon-feeding in QuestLord," Kinkead teases. 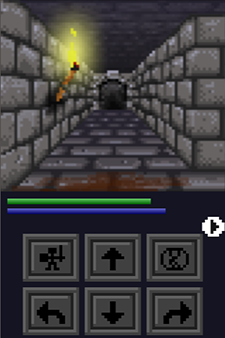 Use every weapon, invest in the best

A good sword is a good sword. It doesn’t matter what class you are; every weapon can be equipped. As for how to find a great one, Kinkhead says there are a couple hidden “very well" in the world. You can also just buy awesome stuff in shops, which you can find by the note on doors. Humans start with more cash, so keep that in mind.

Bravery directly increases your attack. “This is best to get a boost on the damage that you deal to your enemies," Kinkead tells us. You can’t get high damages without it.

Cunning bumps up your defense and increases your chance of evasion. Have an Elf that is a little mushy? Crank up the cunning.

As you could imagine, this modifies the amount of MP you’ve got. The catch is that you have to find spells. Kinkead says spells are spread throughout the Shattered Realm.

Dwarves are good for rookies

Humans might begin with more dough, but dwarves start in a better area. “I like the Dwarf because his starter area is a little out of the way to go clean up when you are one of the other races," Kinkead says. Humans have a little backtracking, as well as a pretty hardcore necromancer to contend with. 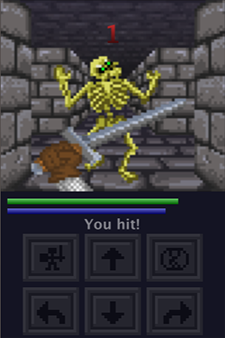 If you’re a dwarf, the shield bash is a pretty slick move. When you use it, it advances you one square, which negates waiting for an enemy to move up to you and hit you first. The catch, Kinkead explains, is that your shield can get overpowered and knocked down. Watch out for that.

If you want to go old-school wizard, be prepared to do some looking around. Bookshelves and NPCs give you clues on where spells can be found. You can only learn it if you have a spell book equipped, though.

Here’s an interesting fact: QuestLord scales enemies outside of your area. “The game is balanced so that if it is not your starter area, the monsters generated are tougher. It will not take long for players to get the feel of where the central hub is located."

Ingesting is good, Viewing is, too

You can heal with food. Potions, on the other hand, operate a little differently; they restore health based on a percentage. Kinkead advises to always view the item in your inventory first so you can see how much healing you’ll get.

“Another important thing a player will find along the way are the Healing Rings. Wearing a ring will give the player automatic points (Life, Magic or Both) after a certain amount of moves. Standing Guard forces your turn to end, and will force the enemies to move (or they might stand guard).

“This will also eventually cause the ring to grant the player whatever power that it increases. However, if you abuse Standing Guard it will instead trigger ‘Aggravate Enemies’ making them faster and tougher. So with a Healing Ring it is best to put it on, and go about business as usual.

Rings can be found scattered about as treasure early on after the starter levels. Or purchased when the player has traveled out of the first main area."

If you’re just looking to try the game, check out Quick Game. It gives you a character with a ton of combat spells with no hassle on your end whatsoever.

QuestLord is a surprisingly huge game with a lot of secrets and things to discover. With a little help from a guide or a friend, it’s super easy to get lost in the world — in a good way. If you haven’t seen the game yet, check it out. Also, if you’ve got any other tips for people, drop them in the comments.