Junk Jack ($0.99) is one of the finest 2D Minecraft-like experiences on iOS, and has been since it originally released in November of 2011. We thought it was fantastic in our original review, but in the time since then Junk Jack has been updated to be Universal (and it simply sings on the iPad), and frequent content updates have added all sorts of new functionality to the game.

However, as we talked about this past October, developer Pixbits has felt somewhat constrained with what they’re able to do with Junk Jack. They’d like to take advantage of newer iOS hardware to do some ambitious things with the game, but they also don’t want to just drop support for the older hardware either. The solution it seems is to create an all new Junk Jack 2.0 geared towards the beefier devices while still keeping the original Junk Jack around for all the current fans.

In the past couple of weeks Pixbits has taken to their blog to share some new screens and information on Junk Jack 2.0. They’re looking to rework the inventory interface, something that was a bit complicated and clunky in the original game, though once you got used to it it wasn’t all that bad. But this new inventory management looks fantastic, and like a real improvement over the original. It’s not final yet, but check it out. 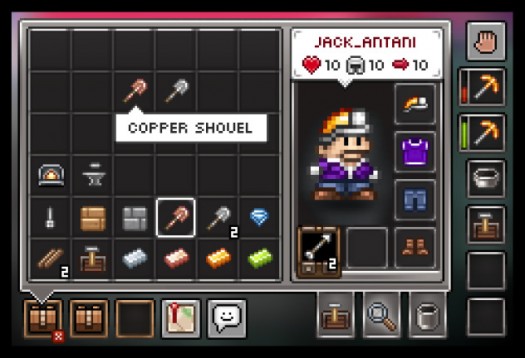 Something you might notice in the above screen is a tiny chat bubble, and indeed one of the main features of Junk Jack 2.0 is going to be multiplayer. Pixbits is remaining quiet on any specifics regarding this, but the potential for roaming around with a buddy in Junk Jack has me pretty excited. Here’s the first glimpse of two players hanging out in the world of Junk Jack 2.0. 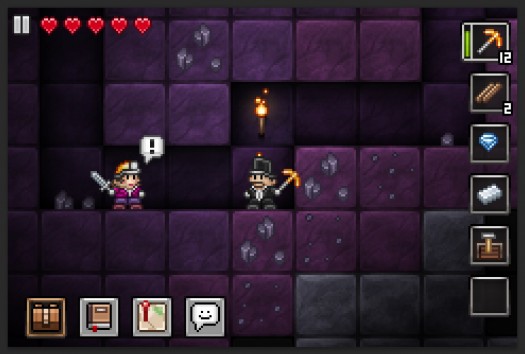 There’s no ETA for Junk Jack 2.0 at this time, but it sounds like they’re making some serious headway and I’m really hoping we’ll be seeing it in the next few months or so. We’ll let you know if we get any concrete information about that, but in the meantime keep your eye on their blog as well as our own forums where Pixbits has been posting details and screens for the game.