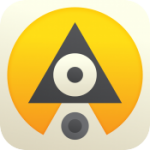 Mobile games have left their roots behind, no longer relying on entertaining us with a dozen variations of Snake and Bejeweled. Our habits haven’t quite kept up. For every one of us that sits and plays an iOS game for hours straight there are many more who will never load up a game for more than five minutes in a sitting. That’s reasonable: these games are a diversion on the go for most people. It’s just a shame because there are games that can’t be digested in five short minutes. Take Lucky Frame’s Wave Trip ($0.99).

I didn’t fully grasp Wave Trip until I played with the level editor. The studio’s latest comes off like a competent cave flyer that makes pretty music—to Lucky Frame’s usual impressive standard of pretty music, of course. The scoring rules seem a bit opaque, and you’re never quite sure what’s coming next. In fact, what’s coming next seems to change each time you start a level over. But open up the level editor for a few moments and the whole game unfolds before you. 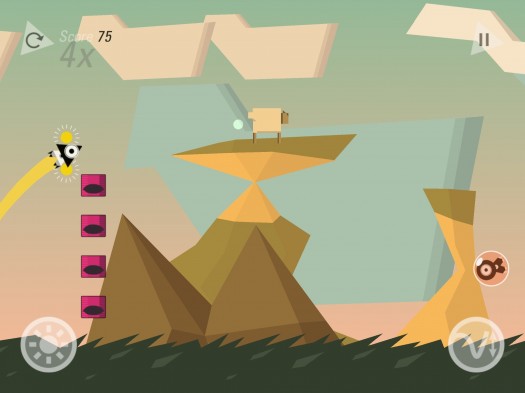 It all loops, you see. There are orange coins and blue coins to collect—they double as musical notes—and you can only progress once you’ve gathered up all the orange coins. You loop through each segment until you catch them all, and when you’ve caught them all you’ve built a beautiful phrase of music that lingers as you travel onward. The blue coins make the trip worthwhile. Not only do they add to the tunes, they can be missed. Or lost. Mastering them is what divides an excellent Wave Trip player from a mediocre musician.

Case in point: normally, there’s no harm in brushing up against the little pink critters that populate the game’s levels, but if you’ve managed to build up any multiplier they’ll destroy it, shattering your shot at a decent score in a single blow. More than that, though, you have to decide how to approach each segment. Do you capture all the blue coins first, waiting for another loop to go for the orange ones? Or will that leave you exposed for too long? Perhaps it’s better to keep the multiplier you already have and just get through well enough. 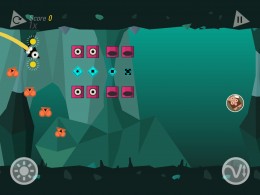 Dodging, weaving, and carefully employing your shields will keep you going, so long as you don’t let your multiplier degrade. It’s a simple matter to maneuver. Touching the right side of the screen lifts you up, and touching the left side deploys a burst of shielding. Wave Trip’s levels are rarely that simple to negotiate, though. Coins are left in all sorts of unfortunate places that make all kinds of lovely sounds. If you can pull off a perfect run, everyone will know it: the global leader’s Game Center name is displayed each time you finish a level. It’s such a tempting target, and it’s so challenging to actually pull off that it makes a great hook.

It’s the lesser hooks that are completely missing from the experience. Nothing prods you to keep working through the levels—if you’d like to start with the last and work to the first you can, or you can poke and prod at whatever seems interesting in the moment. Wave Trip is also missing a few interface niceties. You can remix each level but the option to do so isn’t in the most sensible spot. You can browse user levels, but you can’t give the kind of feedback that terrible levels deserve. Little stuff, and it hardly detracts.

At any rate, there aren’t all that many terrible levels. People are making music with the level editor—real, gorgeous interactive music. So can you. That may be the best thing about Wave Trip: it’s a playground. With eleven instruments across four musical themes, you can compose your own gorgeous tunes. Then you give your friends and the world the chance to play around inside them.

For all that Wave Trip is worth experiencing, it’s a rather simple game. You fly, you collect coins, you earn a score at the end of each level and then you move on down the list. That isn’t much substance, but the game more than makes up for it with style. Each level has a glorious mouthful of a name, like “In the Grip of Triangulon" or “Genetian Sanctums of Love"—naming conventions that are kept for custom levels. The visuals are crisp, clear and delightful, with darling little friends and foes to keep your astronaut company. Lucky Frame is earning a reputation for quirky quality, and Wave Trip bears that out.

This isn’t a game that will remain on most devices through the ages—there are only twenty levels, after all, and variety on four themes of user levels is still just four themes. But it’s also not a game to take lightly, to pop into and then forget. For those who like lovely things, for those who like music generation games, for those who like flyers, Lucky Frame has made something special. Give Wave Trip a chance to wow you—it’s not likely to disappoint.