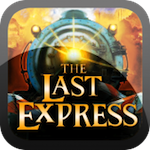 The mobile and touch version of adventure game sensation The Last Express ($4.99) is now on sale on the App Store. Starting now and for a limited time, you can grab it for $2.99 instead of its usual $4.99. Not bad at all, eh?

A fun note: this is the first time Dotemu has offered The Last Express at a discount. It was released in October of 2012, and has stayed at its launch price despite seeing a few updates since.

The Last Express is widely seen as a fantastic adventure and mystery game. Its look is certainly dated, but it does have some pretty interesting things to share. Soak in its focus on the micro elements of an adventure game while enjoying puzzling out a conspiracy.