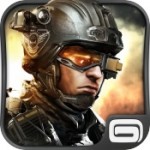 Recently we reviewed and enjoyed Gameloft’s Modern Combat 4: Zero Hour’s ($6.99) single player offerings. While the game’s campaign continued the trend of offering a pretty great single player experience, there were a few perpetual nagging issues that seemed to hold it back. Of course, like its console brethren, most folks don’t play Modern Combat for its story. Rather, they play it for its multiplayer options, which were introduced with Black Pegasus and greatly refined in Fallen Nation. With Zero Hour, Gameloft has again delivered an awesome FPS multiplayer experience on iOS that really can’t be beat.

If you’ve played any iteration of Modern Combat’s multiplayer before, the core of Zero Hour’s will be very familiar. Players pick from a variety of game types and compete against others, earning cash and credits for kills, assists and completing objectives. Credits are used to purchase weapons, attachments, killstreaks and more, while experience is used towards increasing your rank. Additional features like WiFi only multiplayer, map voting, parties, and custom matches round out the standard fare. 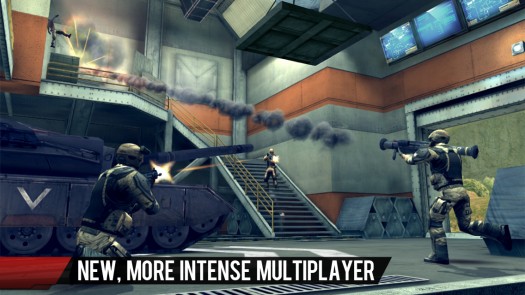 While the above isn’t new, there are a few key differences in Zero Hour’s multiplayer which sets it apart from its predecessors. The biggest change you’ll notice is the fact that every customizable option (be it weapons, attachments, kill streaks etc.) is available at the beginning of the game. This means that your only barrier towards getting the load-out you want is purely credits, with rank being relegated to more of an indicator of playing time (although it does become important with the introduction of specializations). Personally, I’m a fan of having everything available at the onset, but it can be a little bewildering for folks that are used to being guided by unlocks. 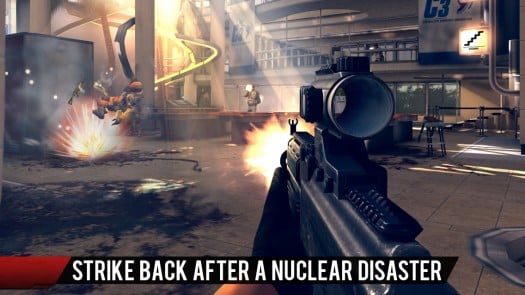 Also making their debut in Zero Hour are specializations, which offer gamers a wide variety of customization based on their play-style. Players initially choose between one of four specializations: Intervention, Front Line, Support and Stealth. At the onset, each awards players additional experience for certain actions (Support rewards accomplishing objectives, Stealth with headshots, etc). Every ten ranks, players can purchase one of two additional perks within their specialization of choice for credits. While you can purchase both specializations, only one can be active, so typically you’d want to only buy one to save cash.

With 8 perks per specialization, I’m a huge fan of the amount of different paths that can be taken towards customizing your player. This also goes a long way towards keeping your rank relevant, as you’ll be motivated to keep rising in the ranks in order to unlock the cooler perks at the bottom of the specialization tree. The perks themselves are also pretty varied with standard stuff such as radar jamming and grenade boosts as well as more elaborate features like a perk that alerts you when an enemy takes aim in your direction. Theres a lot to check out, and it’s a very strong addition to the overall multiplayer system. 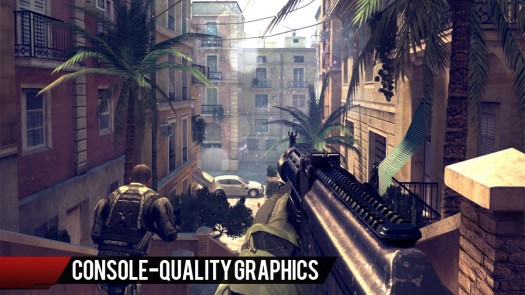 Otherwise, the majority of the changes in Zero Hour go towards improving upon what’s already been there. The 12-player combat returns with refinement as I’ve had almost no problems in any of my matches played as far as lag is concerned. Most of the game modes return, along with one or two new variations, such as VIP (guard your designated team VIP while taking out the other side’s). Meanwhile, there are simply more weapons, killstreaks and attachments while map design has improved with bigger and more friendly layouts. Even the controls are improved with the ability to really customize your virtual buttons, helping you optimize the screen for efficient killing. More detailed stats are also now available, helping you keep track of your career.

While there’s lots to love about Zero Hour’s multiplayer, there’s a few nagging items keeping it from perfection. While I’ve mentioned earlier my concurrence of having all weapons unlocked at the onset, I’m not a fan of the fact that everything seems to cost a ton of credits, an obvious move towards encouraging IAP credit purchases. In-app purchasing in competitive games is always a conversation starter, and I have no doubt it’ll continue to be in Zero Hour as it does have the potential to alter the balance of competition in certain ways.

Gameloft has done an admirable job of trying to balance the weapons themselves so no single weapon feels more overpowered than another, but being able to fast-track your way to some of the available attachments could offer some slight competitive advantages over those who are still trying to earn stuff the natural way. Also, it can just be plain irritating that some brand new player can drop the cash to instantly buy the same weapon that I’ve been busting my butt to earn through dedicated play. At the end of the day though, a player’s skill is truly what will shine through and it’s unlikely you’ll be getting mopped up by somebody just because they have deep pockets.

Another annoyance with the multiplayer that I encountered is a relatively high likelihood of getting stuck in team-based games with an imbalanced number of players on each team. While this may be a symptom of a fresh launch, it’s never fun to be placed in a game where you’re heavily outnumbered by the opposing team.

There’s also a few wish list items I’d like to eventually, such as 3G multiplayer and voice chat, but I realize those might be asking for a bit much. Regardless, Zero Hour’s multiplayer is an awesome experience that continues the tradition of strong multiplayer offerings in the Modern Combat series. Folks still playing Fallen Nation really need to move on to Zero Hour as there’s a lot of good improvements to the formula. For everyone else, this is as full-featured a multiplayer game as you’ll find on iOS.