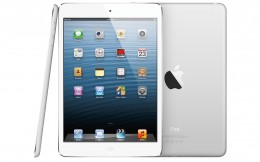 Intentional or not, sometimes the iPad and iPhone version of the same game feel quite a bit different from each other. You can boil it down to size. On iPad, you’ve got a much larger screen area to work with than you do on iPhone. Because of that size and the way you hold the device as a result, you play games differently. It’s just what happens.

iPad mini introduces an interesting wrinkle: it’s smaller than an iPad, but larger than an iPhone. This differentiates it in the field of feel, introducing a new dynamic into an arguably cluttered mix of phones and tablets.

Will game creators be taking the size, shape, and feel of mini into consideration moving forward? Will we see any game design alterations as a result? Will we see any iPad mini-specific games? We asked some talented developers these questions.

“I believe some of the user interface elements might need to change once we see how the games ‘feel’ on the iPad mini. I think the new size is awesome, more portable, and more game friendly."

“After testing a few of our games on Kindle Fires and Google Tablets I think we’re going to be good to go on the new iPad mini." 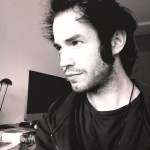 “The iPad Mini is a bit of a weird one. If the screen size was bigger than the iPad, then it would be an interesting proposition. Having a larger surface area would mean we could design something really intricate and cool. Having it as an “in-between" device just makes it a big iPhone, or small iPad.

“Looking at it in a financial sense, making a game specifically for the iPad mini would mean certain death for a smaller company like Rodeo. The market share and player base is totally unproven as of right now, and certainly for the first year it won’t be a strong enough stand alone platform for us to develop specifically for. We also need to figure out what kind of player will be buying the mini. Unless it grabs a significant proportion of the hardcore market, our games just won’t have a market!"

“The only bespoke work we’ll be doing for the mini is changing UI’s in our games to fit the new screen size."

So, I guess the answer is “no, we won’t be developing anything specifically for the iPad mini.’ But… if Apple were to make the iPad Maxi though, well that would be a different story!"

“With True Skate, we need to get our hands on an iPad mini at some point and see if the controls feel a bit over sensitive on the smaller screen. We already have different sensitivity between iPhone and iPad. With JCS, we need to check that the button sizes don’t become too small. With Space Tripper, the menus were shrunken on iPad, so we hope that they’re not too small on iPad mini."

“Personally, I prefer the iPhone and iPod as gaming platforms because of the ergonomics, and while the screen size on iPad is nice I’ve always found it somewhat problematic to grip in a natural way while playing. Maybe iPad mini hits a sweet spot in screen size versus ergonomics — it’s hard to say before having tried out one.

“Just as before we’ll make sure that our games feels nice on either device, but I find it very unlikely that we would specifically target the iPad mini for a game."

“iPad mini is simply a more portable version of the regular iPad, and users are probably expecting the same experience on both devices. Adjusting icon sizes or other screen elements will not be necessary from the usability standpoint."

“I guess it depends how your game handles UI scaling. A lot of iPad versions simply work as a big phone. If this is the case it’ll work just as well on iPad Mini as iPad, possibly better if the full sized iPad controls are kind of chunky. Topia doesn’t quite work like this, we put a lot of effort into making the UI and Menus as large as possible on the phone. The iPad controls are scaled down but still physically much bigger than those on the phones. On iPad mini these will shrink to around 80% of the size but will still be larger than the phone controls so we’re sure everything will be fine. I guess i’ll find out when mine arrives."

“When the iPad Mini was announced, we knew immediately what we should do to leverage it: clone a Vlambeer game." [Editor’s Note: HA!]