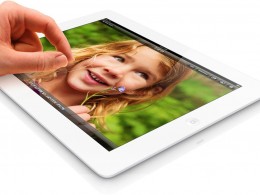 Even before today’s launch of iPad mini and iPad with Retina Display, there were a lot of different kinds of iPod touches, iPads, and iPhones out in the wild. Each has their own technical highs and lows. Game creators, for the most part, do a fantastic job with supporting just about everything with their games.

But with the introduction of iPad mini and iPad with Retina Display, we’re seeing the performance discrepancy across the iOS line-up get crazier. iPad with Retina supposedly can push out 2X the graphics of its predecessor, making it something of a beast. While its counterpart, announced on the same day, supposedly has the guts of an iPad 2.

We asked some developers specifically about the new performance gap, and what their plans are moving forward, tentatively.

“Right now our plan is for most of our games to support iPhone 4 and up, with the highest end (iPhone 5 and iPad 4) getting extra special sauce like anti aliasing, bloom, and other effects where necessary."

“We may even be able to put higher-end models in." 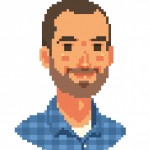 “For a studio like Capy, handling performance differences is easy as pie. We’re not interested in iOS from the angle of pushing tech TO THA XTREME. We’re happy to leave that to the experts at Chair and other Unreal aficionados like Bit Monster, or studios that are keen to roll their own ultra high-end 3D engines. For us, iOS is about the creative potential of the device, and because of that we are very likely to avoid any of the issues caused by the fragmentation in device power. Further, I think it’s worth noting that even the iPhone 4 is a very capable device, so the lowest-end device we’re discussing is not massively underpowered."

“You know us, we always target the lowest device we can, so as many people can play our games as possible. Punch Quest was targetted for 3G devices and below for a long time, until we had to ditch it to support iPhone 5 widescreen. “

“The plan is to have our games run awesomely on all iOS devices that are being supported and sold, but managing everything about all of these different devices is getting increasingly difficult for a two-man studio like ourselves."

“It is getting hard to maintain now and you really have to have every device to test things properly. We have different shader quality for different devices, but Apple complicates things further by sometimes introducing new editions of existing devices with different IDs which may make them be misidentified.

In the case of the iPad mini, our games would automatically set all settings to full quality, which would probably cause True Skate to run slow unless we update first."

“We currently develop on A5-devices as the main testing devices, they have a very good balance of GPU performance vs. screen resolution. Older devices are checked at steady intervals and optimisations are made where necessary (usually this involves memory usage optimisations or texture format optimisations). A6-based devices do enjoy a performance headroom."

“Weirdly, the two new devices don’t really change anything. For the stuff i’m working on performance is measured by (GPU performance)/(number of pixels), this will be true for anything pushing cool shaders or using a lot of translucency effects. The new iPad was a real spanner in the works of this equation because it was 2X iPad performance with 4X the pixels making it effectively half the speed.

If the iPad with Retina Display is really twice as fast as new iPad it means we’ll finally have a device that can handle retina at the same speed an iPad 2 handles (1024×768.) iPad mini is presumed to be at least as fast as iPad2, if it is this means that the following devices all have approximately the same pixel-pushing abilities at full resolution: iPad 2, iPhone 4S, iPad with Retina Display, iPad mini.

This means that, arguably, iOS just got a little less fragmented by the new devices. Those four devices are definitely the sweet spot to target right now."