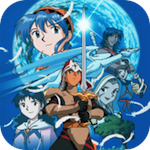 Lunar Silver Star Story is just one of those games, like Earthbound, that people talk about for the rest of their lives. SoMoGa’s iOS port, Lunar Silver Star Story Touch ($6.99) was a much anticipated and ambitious port that was released playable, but flawed. Today’s update improves the control scheme, fixes bugs and adds a lot of user-requested options. While it is frustrating when a game launches with bugs (especially a game as long awaited as this one), SoMoGa’s really deserves credit for responsiveness to player concerns.

The dreaded slowdown bug has been beaten back, so you can play for longer stretches without having to save, force quit, and restart the game, and the problems some players experienced in late-game boss fights shouldn’t crop up any more. The virtual stick has been improved, and since players used the portrait-mode d-pad almost exclusively for fine maneuvering and combat, they sensitivity of that controller has been ratcheted up. 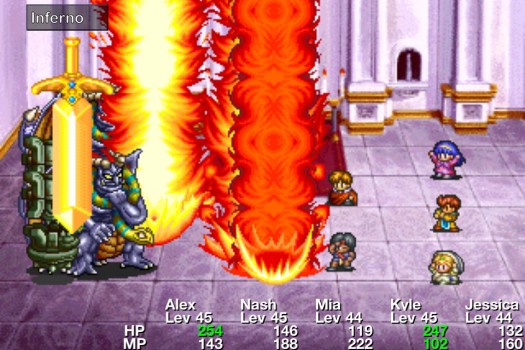 If you found yourself switching back and forth between landscape and portrait mode before, you’ll probably still have to do that, but the experience should feel more specialized and appropriate now. The tap-to-move pathfinding is still hopeless, and the forums report the persistence of a few avoidable bugs (only on the iPad, it seems), but SoMaGa’s rep has said that they knew this update only covered “80-90%" of the issues, and that more are coming.

A number of user-customization features were added, including iCloud saves so you can play the same game across multiple devices, UI tweaks, and the option to play with the original Japanese audio. There’s still no subtitling for the animation, but I may play in Japanese anyway, as the dub was killing me. The lack of subtitles also impacts deaf and hearing impaired players, and those who prefer to play with the sound off, but the audio in the cut-scenes is mostly flavor and important plot points get recapped in the game’s “regular" (text-only) dialogue, so it’s workable.

With these improvements, Lunar Silver Star Story Touch is now a must-have for all JRPG fans, but SoMoGa isn’t done yet. They’re actively soliciting suggestions for further improvements. For our gaming dollar, if they add subtitles and fix the pathfinding, it’ll be near perfect.